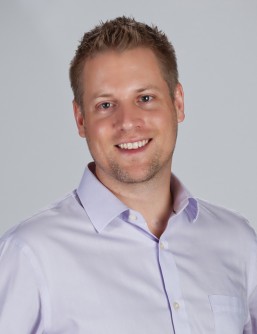 Newswise — JUPITER, FL, January 7, 2014 – Two-thirds to three-quarters of the estimated 700,000 Americans living with Crohn’s disease, an autoimmune condition that can disrupt the entire gastrointestinal tract, will require surgery at some point during their life. Patients and physicians often turn to this surgical intervention after a patient develops resistance to current treatments, such as steroids.

Now scientists from the Florida campus of The Scripps Research Institute (TSRI) have identified a normally small subset of immune cells that may play a major role in the development of Crohn’s disease generally and in disease-associated steroid resistance specifically.

The study, published this week in an advance, online edition of the Journal of Experimental Medicine, focused on Th17 cells, part of a family of white blood cells that have been implicated in numerous autoimmune diseases, including Crohn’s disease.

In the new study, the researchers found that a subset of TH17 cells in humans expresses the multidrug transporter MDR1 and that these cells are linked to inflammation in Crohn’s patients. MDR1—a protein famous for promoting drug-resistance in tumors—may also act as a survival and steroid resistance factor in T cells, particularly in harsh environments such as the inflamed gut mucosa of Crohn’s disease patients.

“Our study is the first to identify and characterize this uniquely pro-inflammatory T-cell subset,” said biologist Mark Sundrud, a TSRI assistant professor who led the study. “We were able to sort these cells directly out of damaged tissue resected from Crohn’s patients and found that these pro-inflammatory cells are over-expressing genes that contribute to disease.”

Within healthy individuals, only approximately 5 to 10 percent of CD4+ T cells are MDR1-expressing TH17 cells. In contrast, the study found that of the CD4+ T cells found in actively inflamed tissue taken from Crohn’s patients, nearly 60 percent were MDR1+ TH17 cells.

The study also showed that these cells are resistant to both natural and synthetic steroids, a class of drugs considered a first-line defense against most autoimmune diseases.

“If a T cell expresses MDR1, it is likely to have an unfair growth advantage over surrounding T cells,” Sundrud said. “When exposed to steroids, it’s this subset of cells that will survive and thrive.”

Although it is unclear whether these pro-inflammatory cells become more prominent in patients over time, these findings suggest that steroid treatment itself may be directly responsible for the accumulation of these cells in Crohn’s patients. Sundrud and his colleagues continue to investigate.

The study was supported by the National Institutes of Health (Grants R01AI065303, R21AI087973 and 1R01CA137869), Crohn’s and Colitis Foundation of America and The Micky & Madeleine Arison Family Foundation Crohn’s & Colitis Discovery Laboratory at the University of Miami.