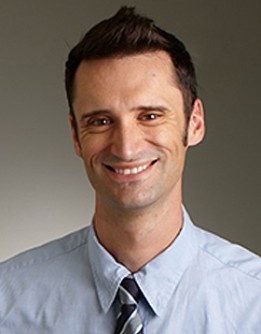 Newswise — JUPITER, FL, July 10, 2014 – Amidst the astounding complexity of the billions of nerve cells and trillions of synaptic connections in the brain, how do nerve cells decide how far to grow or how many connections to build? How do they coordinate these events within the developing brain?

In a new study, scientists from the Florida campus of The Scripps Research Institute (TSRI) have shed new light on these complex processes, showing that a particular protein plays a far more sophisticated role in neuron development than previously thought.

The study, published in the journal PLOS Genetics, focuses on the large, intracellular signaling protein RPM-1 that is expressed in the nervous system. TSRI Assistant Professor Brock Grill and his team show the surprising degree to which RPM-1 harnesses sophisticated mechanisms to regulate neuron development.

Specifically, the research sheds light on the role of RPM-1 in the development of axons or nerve fibers—the elongated projections of nerve cells that transmit electrical impulses away from the neuron via synapses. Some axons are quite long; in the sciatic nerve, axons run from the base of the spine to the big toe. “Collectively, our recent work offers significant evidence that RPM-1 coordinates how long an axon grows with construction of synaptic connections,” said Grill. “Understanding how these two developmental processes are coordinated at the molecular level is extremely challenging. We’ve now made significant progress.”

Putting Together the Pieces

The study describes how RPM-1 regulates the activity of a single protein known as DLK-1, a protein that regulates neuron development and plays an essential role in axon regeneration. RPM-1 uses PPM-2, an enzyme that removes a phosphate group from a protein thereby altering its function, in combination with ubiquitin ligase activity to directly inhibit DLK-1.

“Studies on RPM-1 have been critical to understanding how this conserved family of proteins works,” said Scott T. Baker, the first author of the study and a member of Grill’s research team. “Because RPM-1 plays multiple roles during neuronal development, you wouldn’t want to interfere with it. But exploring the role of PPM-2 in controlling DLK-1 and axon regeneration could be worthwhile—and could have implications in neurodegenerative diseases.”

The Grill lab has also explored other aspects of how RPM-1 regulates neuron development. A related study, also published in PLOS Genetics, shows that RPM-1 functions as a part of a novel pathway to control β-catenin activity—this is the first evidence that RPM-1 works in connection with extracellular signals, such as a family of protein growth factors known as Wnts, and is part of larger signaling networks that regulate development. A paper in the journal Neural Development shows that RPM-1 is localized at both the synapse and the mature axon tip, evidence that RPM-1 is positioned to potentially coordinate the construction of synapses with regulation of axon extension and termination.

In addition to Grill and Baker, Erik Tulgren of the University of Minnesota, Willy Bienvenut of the Campus de Recherche de Gif, France, as well as Karla Opperman and Shane Turgeon of TSRI contributed to the study entitled, “RPM-1 Uses Both Ubiquitin Ligase and Phosphatase-Based Mechanisms to Regulate DLK-1 during Neuronal Development.” For more information, see http://www.plosgenetics.org/article/info%3Adoi%2F10.1371%2Fjournal.pgen.1004297

The first author of the study, “The Nesprin Family Member ANC-1 Regulates Synapse Formation and Axon Termination by Functioning in a Pathway with RPM-1 and β-Catenin,” is Erik Tulgren of the University of Minnesota. Other authors include Shane Turgeon and Karla Opperman of TSRI. For more information, see http://www.plosgenetics.org/doi/pgen.1004481

The first author of the study, “RPM-1 Is Localized to Distinct Subcellular Compartments and Regulates Axon Length in GABAergic Motor Neurons,” is Karla Opperman of TSRI. For more information, see http://www.neuraldevelopment.com/content/9/1/10 The work was supported by the National Institutes of Health (grant R01 NS072129) and the National Science Foundation (grant IOS- 1121095).