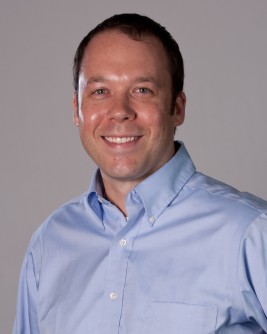 Newswise — JUPITER, FL, April 7, 2014 – Scientists thought they basically knew how the most common drugs used to treat type 2 diabetes worked, but a new study from the Florida campus of The Scripps Research Institute (TSRI) reveals unexpected new aspects of the process. These findings could eventually lead to more potent anti-diabetic drugs with fewer serious side effects.

The study was published in the April 7, 2014 issue of the journal Nature Communications.

The most common type 2 diabetes treatments are known as insulin-sensitizing drugs, which improve how the body responds to glucose or sugar. These drugs mimic naturally occurring compounds that bind to a specific intracellular receptor (peroxisome proliferator-activated receptor-γ or PPARG), altering its activity.

While these drugs were widely thought to bind to a single site on the receptor, the new study shows they also bind to an alternative site, leading to unique changes in receptor shape, which affects interaction with co-regulating protein partners and gene expression.

Douglas Kojetin, an associate professor at TSRI who led the study, called the discovery serendipitous—and revealing. “It turns out that binding to PPARG is far more complex than anyone previously understood,” he said. “You don’t have to displace the naturally occurring ligand [binding partner] with a synthetically designed drug to regulate the receptor because you have this alternative site.”

Kojetin and his colleagues made the alternative binding site discovery using a far simpler mapping technique than had previously been applied to determine the receptor’s structure. “We used a technique that yields easy-to-interpret results, one that you wouldn’t normally use to look at how drugs bind a receptor,” said Research Associate Travis Hughes, the first author of the study and a member of Kojetin’s lab. “Instead of finding one site, we realized we had two and wanted to know what the second one was doing.”

The scientists note that while they don’t yet know the full effect of the alternate binding site’s function, it might provide a clue to insulin-sensitizing drugs’ adverse effects, which include risk of bone loss and congestive heart failure.

“The question going forward is ‘Does this alternative site contribute to side effects, beneficial effects or both?’” said Kojetin. “Knowledge of this alternate binding site may help produce a new generation of anti-diabetic drugs.”