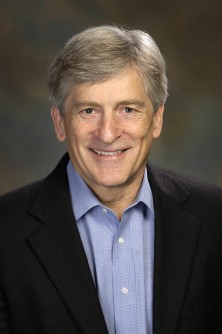 James Paulson, PhD, is chair of the Department of Cell and Molecular Biology at The Scripps Research Institute

Newswise — LA JOLLA, CA AND JUPITER, FL – August 11, 2014 – The Scripps Research Institute (TSRI) Board of Trustees today announced that James Paulson, chair of TSRI’s Department of Cell and Molecular Biology, has been appointed acting president and CEO as Michael Marletta’s presidency comes to a close.

“I would like to thank Michael for his service to the institute and commitment to its scientific excellence, and to Jim for his willingness to step into a leadership position during this transitional period,” said Chair of the TSRI Board of Trustees Richard A. Gephardt. “The Board will be working closely with the TSRI community to conduct a nationwide search for a new president for this renowned institution.”

“It is an honor to be asked to serve the institute during this transition,” said Paulson. “I look forward to working with the Board, the faculty and management team to identify permanent leadership and begin to evaluate strategic options to secure a sustainable future for TSRI as one of the world’s preeminent private institutes for biomedical research and graduate education.”

Paulson and the TSRI Board of Trustees will appoint members of a search committee and work with an executive search firm to find new leadership for the institute. The committee, which will include both faculty and trustees, will be chaired by Gephardt.

Background in Academia and Industry

Paulson, whose research program focuses on roles of glycan binding proteins in the immune system and adaptation of avian influenza viruses to humans has been a full-time member of the TSRI faculty since 1999. In 2001, he became principal investigator of a large multi-year grant to create the Consortium for Functional Glycomics (www.functionalglycomics.org), now an organization with more than 650 participating investigators worldwide. Prior to this time, Paulson spent a decade with Cytel Corporation, first as vice president for research and development and member of the Board of Directors, then chief scientific officer and the Board’s general manager. During this period, he was also an adjunct faculty member in TSRI’s Department of Molecular Biology. A graduate of MacMurray College (AB) and University of Illinois at Urbana-Champaign (MS and PhD), Paulson spent 12 years on the faculty of the University of California, Los Angeles before joining Cytel.

Paulson is currently chair of the American Chemical Society Division of Carbohydrate Chemistry, is a Glycobiology editor, and is on the scientific advisory boards of the Joint Center for Structural Genomics-JCSG, PSI Biology, the Boston University Mass Spectrometry Resource and Alberta Ingenuity Center for Carbohydrate Science-AICCS, Institute for Biological Sciences-IBS, NRC, Ottawa.

Marletta, a member of the National Academy of Sciences and a former recipient of a MacArthur Fellowship, remains at TSRI as a faculty member in the Department of Chemistry. Acknowledged as a pioneer in discovering the role of nitric oxide, a critical player in communication between cells, Marletta’s laboratory focuses on the interface of chemistry and biology with emphasis on the study of protein function and enzyme reaction mechanisms.