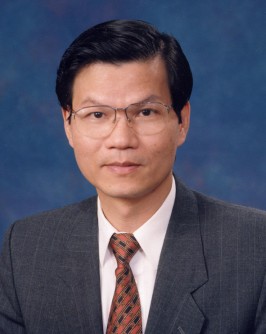 Chi-Huey Wong, PhD, is a professor of chemistry at The Scripps Research Institute.

Newswise — La Jolla, CA – January 24, 2014 – Chi-Huey Wong, professor of chemistry at The Scripps Research Institute (TSRI), has won the 2014 Wolf Prize in Chemistry for his pioneering contributions to the synthesis of compounds vitally important to biology and medicine.

Sometimes cited as the most prestigious award after the Nobel Prize, the Wolf Prize is presented to living scientists and artists for “achievements in the interest of mankind and friendly relations among peoples” by the Israel-based Wolf Foundation, established in 1976 by the late German-born inventor, diplomat and philanthropist Ricardo Wolf.

“This very special honor for Chi-Huey is richly deserved,” said Scripps Research President and CEO Michael A. Marletta. “His fundamental chemistry has had a significant impact on medicine and biology and I am delighted this recognition has come to him and even more delighted that he has remained a Scripps colleague.”

The announcement of Wong’s award cited his development of methods to synthesize complex carbohydrates, glycoproteins and related substances that had been impossible or unfeasible to be synthesized by other methods. His work is used by carbohydrate chemistry and biology researchers to halt progression of cancer and viral infections, and increase immunological functions in the body. The research has led to the development of vaccines, therapeutics and glycan microarrays for analysis of protein-carbohydrate interaction.

Wong, who also serves as president of Academia Sinica in Taiwan, was presented a certificate and a $100,000 award with other Wolf Prize honorees from Israeli President Shimon Peres and Education Minister Shai Piron in a special ceremony this month at the Knesset (Israel’s Parliament).