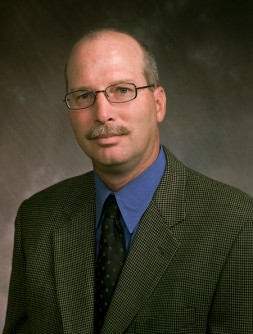 Kim Janda, PhD, is the Ely R. Callaway, Jr. Professor of Chemistry and director of the Worm Institute for Research and Medicine at The Scripps Research Institute.

Scientists at The Scripps Research Institute (TSRI) tried a similar strategy when they attempted to disrupt the function of MYC, a cancer regulator thought to be “undruggable.” The researchers found that a credit card-like molecule they developed somehow moves in and disrupts the critical interactions between MYC and its binding partner.

The research, published the week of August 11 in the journal Proceedings of the National Academy of Sciences, also shows the drug candidate can stop tumor growth in animal models.

“We finally hit a home run with this—maybe a grand slam,” said Kim Janda, co-author of the new study and Ely R. Callaway, Jr. Professor of Chemistry, director of the Worm Institute for Research and Medicine, and Skaggs Scholar and member of the Skaggs Institute for Chemical Biology at TSRI.

MYC is a transcriptional factor, meaning it controls gene expression. When MYC is overexpressed or amplified, the unregulated expression of genes involved in cell proliferation, a key step in cancer growth, follows. MYC is involved in a majority of cancers, including Burkitt’s lymphoma, a fast-growing cancer that tends to strike children.

For years, MYC had challenged researchers who sought to disrupt its activity in cancer cells. Researchers often design drugs by determining the structure of a disease-related molecule then finding weak points to attack to interfere with the molecule’s function.

But MYC is different. “At room temperature or body temperature, MYC without any binding partners is random and constantly shifting,” said Jonathan Ross Hart, co-author of the study and a staff scientist in the Vogt laboratory at TSRI. “It’s like a piece of spaghetti.”

So instead of specially designing a compound to target the structure of MYC, the researchers tested a range of compounds from a library developed by Janda, which he terms “credit cards,” to see if any could disrupt the interactions between MYC and other proteins important in cell proliferation.

To further investigate, the researchers ran additional tests using cell lines and rodent models. The team found that cells that depend on MYC die if treated with KJ-Pyr-9—in fact, a dose of KJ-Pyr-9 made it seem as if MYC was not there at all. In addition, when mice with MYC-dependent tumors received KJ-Pyr-9, the tumors showed no growth after 31 days, compared with significant tumor growth in untreated mice.

Janda hopes further research will reveal exactly how KJ-Pyr-9 interacts with MYC and how the compound can more effectively reach tumor cells.