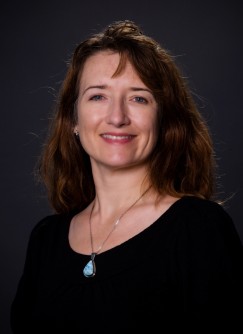 Newswise — JUPITER, FL, January 13, 2014 – Scientists from the Florida campus of The Scripps Research Institute (TSRI) have described a pair of drug candidates that advance the search for new treatments for pain, addiction and other disorders.

The two new drug scaffolds, described in a recent edition of The Journal of Biological Chemistry, offer researchers novel tools that act on a demonstrated therapeutic target, the kappa opioid receptor (KOR), which is located on nerve cells and plays a role in the release of the neurotransmitter dopamine. While compounds that activate KOR are associated with positive therapeutic effects, they often also recruit a molecule known as βarrestin2 (beta arrestin), which is associated with depressed mood and severely limits any therapeutic potential. “Compounds that act at kappa receptors may provide a means for treating addiction and for treating pain; however, there is the potential for the development of depression or dysphoria associated with this receptor target,” said Laura Bohn, a TSRI associate professor who led the study. “There is evidence that the negative feelings caused by kappa receptor drugs may be, in part, due to receptor actions through proteins called beta arrestins. Developing compounds that activate the receptors without recruiting beta arrestin function may serve as a means to improve the therapeutic potential and limit side effects.” The new compounds are called “biased agonists,” activating the receptor without engaging the beta arrestins.

Research Associate Lei Zhou, first author of the study with Research Associate Kimberly M. Lovell, added, “The importance of these biased agonists is that we can manipulate the activation of one particular signaling cascade that produces analgesia, but not the other one that could lead to dysphoria or depression.” The researchers note that the avoidance of depression is particularly important in addiction treatment, where depressed mood can play a role in relapse.

The two drug candidates also have a high affinity and selectivity for KOR over other opioid receptors and are able to pass through the blood-brain barrier. Given these promising attributes, the scientists plan to continue developing the compounds.

This work was supported by the National Institutes of Health (grant R01 DA031927).