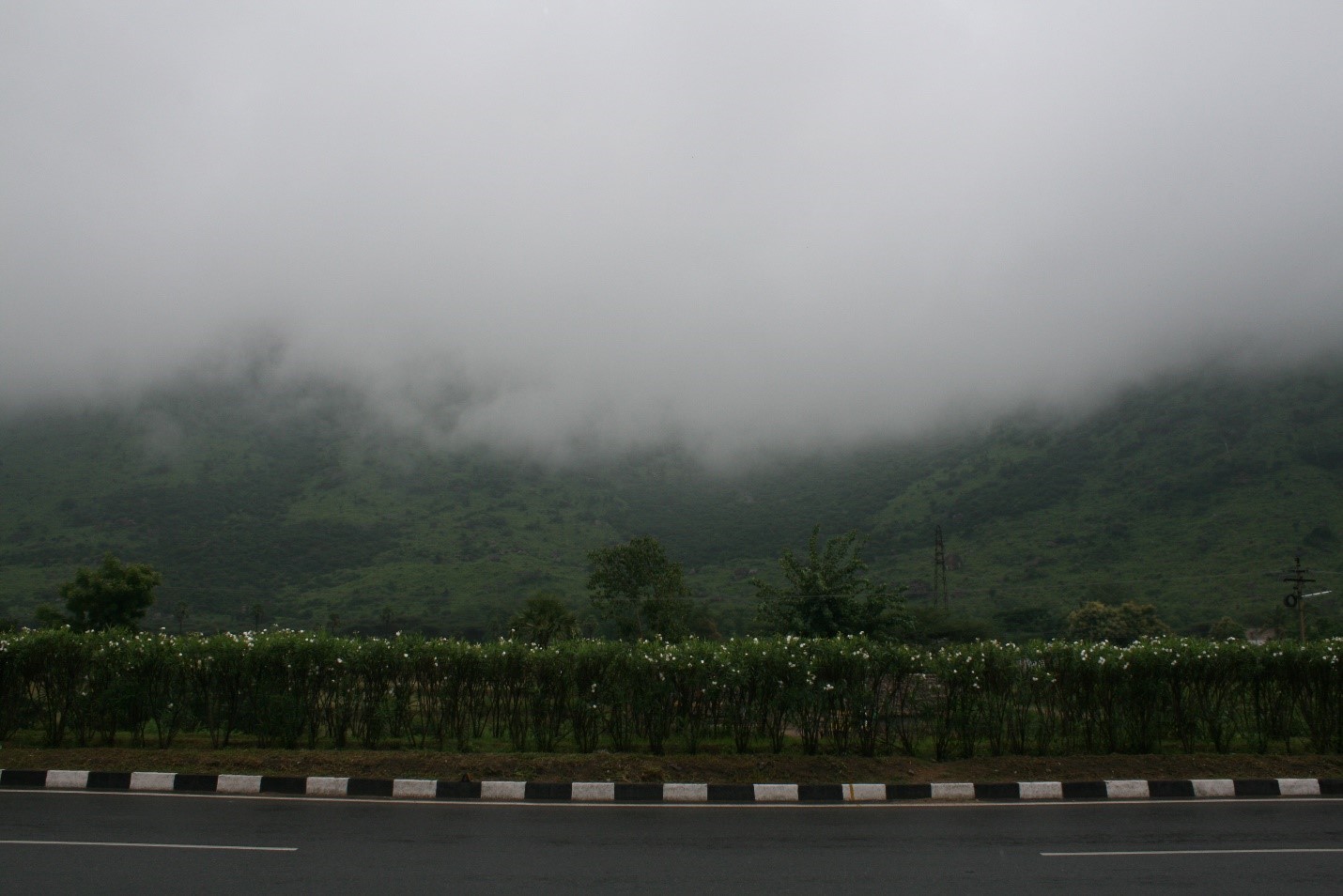 A mist settles over hills in the southern Indian state of Tamil Nadu during the Northeast Indian Monsoon season.

Newswise — TALLAHASSEE, Fla. — Toward the end of every year, the Northeast Indian Monsoon (NEM) batters southern India with torrents of driving rain, but climatologists have never precisely defined when the monsoon begins and ends.

Now, Florida State University Professor of Meteorology Vasu Misra has used detailed surface temperature analyses to identify the start and end dates of the NEM season. His work provides an objective and reliable definition that could yield new, actionable insight.

Misra’s method identifies the average onset and demise dates of the NEM season as Nov. 6 and March 13 respectively, a significant departure from prior definitions that tied the monsoon season to the calendar months of October, November and December.

His study was published in the journal Monthly Weather Review.

Misra’s work resolves a longstanding question among climate scholars, but more than that, his surface area-based approach provides valuable information to millions of people whose health and livelihoods are intimately linked to seasonal climatic rhythms.

“The traditional NEM definition ignores the variations in surface temperature,” Misra said. “Studies have shown that infant and elder mortality, cerebrovascular and respiratory disease incidences and agricultural — particularly rice — production are sensitive to surface temperature. We feel that the sensitivities of human health and agricultural production makes monitoring of the season as we define it quite important.”

The prior October, November and December definition provided a convenient framework for studying the NEM, which is responsible for 30 to 60 percent of the affected region’s annual rainfall. However, this model proved problematic on a number of levels.

The calendar month definition ignored pronounced variations in surface temperatures and length of the NEM season. It also failed to account for situations when the preceding summer monsoon season might bleed into the NEM.

Rather than defining the season by calendar months or rainfall rates, which are highly variable and difficult to track, Misra and his team developed a system based on seasonal changes in surface temperatures, which can be more easily predicted and modeled.

“We allow for variable onset and demise dates of the season, which allows for a varying length of the season from year to year,” Misra said. “We show that length of the NEM varies significantly, which has been ignored until now. Although we use surface temperature over the southeast part of India, we clearly show that it co-varies with surface temperatures throughout India and is therefore quite representative of the variability across the subcontinent.”

Misra said this new objective and versatile surface temperature-based definition will be a valuable tool for researchers and public officials concerned with Indian agriculture, public policy, health care and more.

He expects his team’s new definition of the NEM season could have important implications in areas ranging from the study of disease transmission, which is affected by the cold temperatures that accompany the NEM, to the understanding of air pollution, which is often exacerbated in the NEM regions as temperatures cool.

Amit Bhardwaj, a postdoctoral researcher at Florida State, co-authored this study. The research was funded by the National Aeronautic and Space Administration and the Earth System Science Organization in the Indian Government’s Ministry of Earth Sciences.