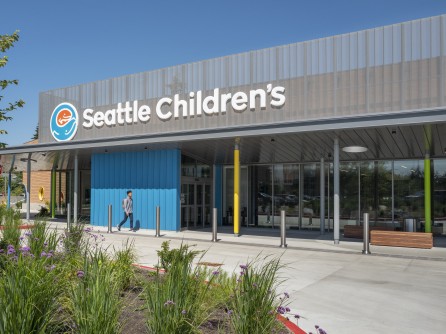 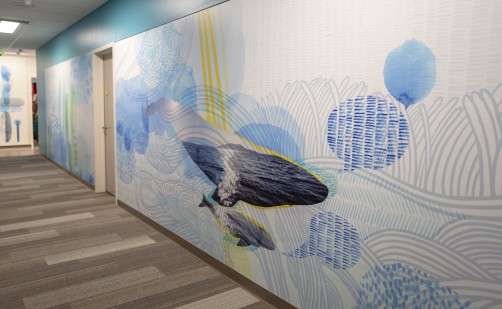 A mural at Seattle Children's North. 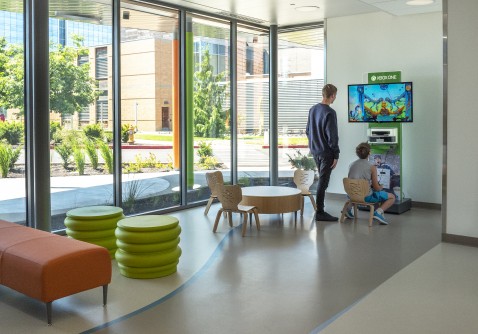 The lobby at Seattle Children's North.

The new clinic will provide services in more than 18 pediatric specialties, including audiology, otolaryngology, cardiology, rehabilitation and sports therapy, among others. It will also include an urgent care clinic, offering same-day appointments, including holidays, an imaging center, Child Wellness Clinic, and playroom for patients and siblings.

“We’re committed to meeting the needs of families in the north by providing world-class care closer to home,” said David Stolte, director of North Sound Regional Clinics. “Families will no longer have to choose between getting pediatric-focused care and convenience. We’ll be located where patients and families need us, in their community.”

Kara Chitwood said Seattle Children’s will always hold a special place in her heart. When her son, Bretton, broke his ankle in nine places in 2016 he was rushed to Seattle Children’s Mill Creek Clinic from their home in Lynden, Washington. He needed to be closely monitored after his initial visit, and so the family found themselves traveling to the clinic nearly every week for appointments.

Chitwood credits the expert care they received at the clinic for saving her son’s life. After returning to play hockey after his ankle healed, Bretton experienced lingering pain. Chitwood called their provider at the clinic who ordered imaging for the next day. Later that week, the family found out Bretton had osteosarcoma, an aggressive bone cancer.

“He could have had a very different outcome if we wouldn’t have caught it so early,” said Chitwood.

Bretton recently graduated high school and is preparing for college in the fall.

“As parents, we want to make sure our children receive the best care,” said Chitwood. “Knowing how well Seattle Children’s ranks both regionally and nationally, it’s where we’ll continue to go. I could take my children somewhere else, or I could go to Seattle Children’s North Clinic where I know we’ll get better care and faster.”

Jennifer Campbell’s 6-year-old daughter, Hannah, has been a patient at Seattle Children’s since birth. Only 12 hours after being born, Hannah was transferred to Seattle Children’s with a rapid heartbeat and diagnosed with supraventricular tachycardia (SVT), a rapid heartbeat that can be common in newborns, and hypertrophic cardiomyopathy, a thickening of the heart muscle. After a couple weeks, Hannah was sent home for the first time, but her condition worsened.  Her heart doubled in size and was failing. She need needed a heart transplant and quickly. Doctors weren’t sure she’d make it to transplant, but on Sept. 23, 2012, they got the call. At only 4 months old, Hannah received a new heart.

Today, Hannah is 6 years old and thriving. Campbell said she is excited for Seattle Children’s North to open. The clinic is only a 10-minute drive from their home.

Hannah needs to get her blood drawn nearly every month, and so the lab at the clinic will be much more convenient for the family, rather than having to drive to Seattle Children’s main campus.

“We’re going to be at the clinic a lot,” said Campbell. “From fevers to blood draws, it will be nice to have a place we’re familiar with and trust so close to home. Seattle Children’s really is like an extension of our family.” 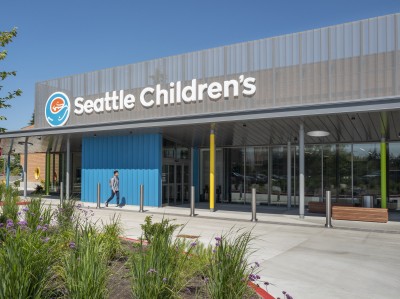 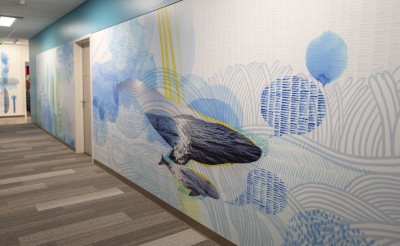 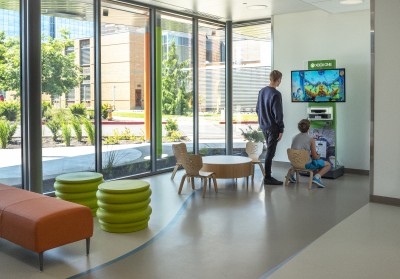