See the Dam for the Trees, Says Watershed Expert on Oroville 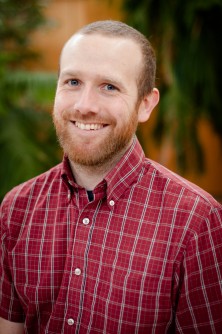 Forest hydrologist Joe Shannon studies watershed management at Michigan Technological University. He says that for the Oroville Dam, the overflow of water has roots in the surrounding forest.

Specifically, it matters how water moves through and over forest soils. Usually porous forest soils absorb water, lessening the runoff flowing over the top that gorges rivers and lakes. But with the Feather River drainage exceeding 600 percent of its average rainfall, the soils just can't take anymore.

"These extreme rainfalls aren’t occurring just within the drainage basin of Lake Oroville, much of the region is experiencing the same weather patterns," Shannon says. "That means that downstream, the effects of excess flows from Lake Oroville will be magnified by other swollen rivers, even without any structural failures."

These impacts will include very visible problems, like damage to infrastructure and untreated wastewater releases. But it will also mean increased sediment loads in the stream, which can damage spawning habitat and potentially require expensive dredging efforts, or changes to the river’s geomorphology, impacting future flooding risks, wildlife passage, and recreation. As the climate changes and rain overtakes snow as the predominant winter precipitation this will become a more common scenario throughout snow-dominated regions. Having winter precipitation fall as snow has a similar affect to having rain fall on unsaturated forest soils: the water has a chance to be absorbed into the soil and slowly released.

Shannon is a research scientist in the School of Forest Resources and Environmental Sciences at Michigan Tech and oversees numerous forest hydrology experiments through the university. In particular, he has published and presented watershed management research ranging from Emerald Ash Borer monitoring to black ash wetlands restoration to landscape-scale management techniques.