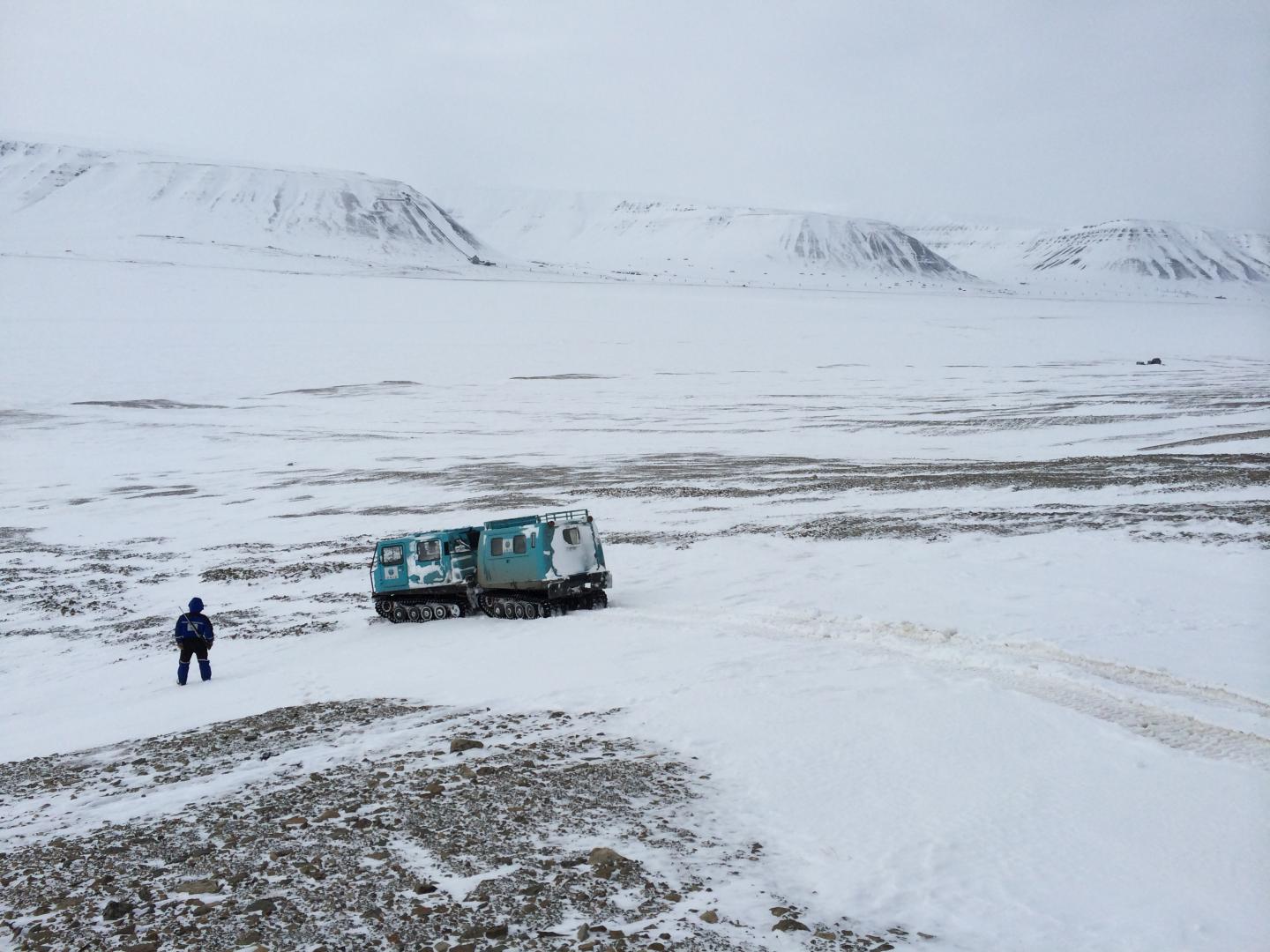 Field work at Svalbard : installation of the temporary seismic network around the Adventdalen valley in May 2014. 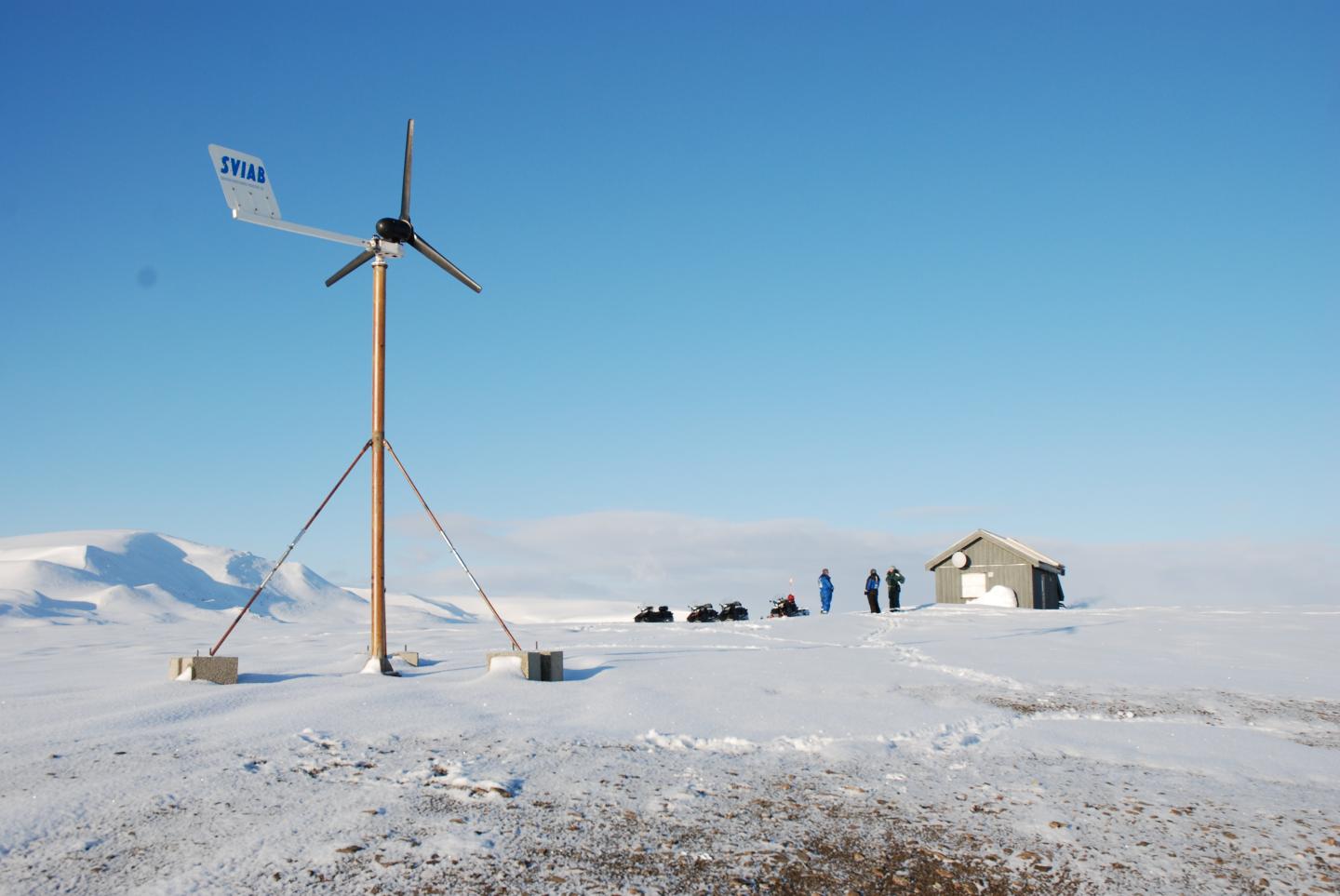 The site of the SPITS array, Svalbard.

Newswise — Seismic waves passing through the ground near Longyearbyen in the Adventdalen valley, Svalbard, Norway have been slowing down steadily over the past three years, most likely due to permafrost warming in the Arctic valley. The trend, reported in a new study published in Seismological Research Letters, demonstrates how seismic monitoring can be used to track permafrost stability under global climate change. The study is part of a focus section in an upcoming issue of the journal on Arctic and Antarctic seismology.

Julie Albaric of the University of Bourgogne Franche-Comté, while employed at NORSAR (Norway), and colleagues used data collected from a variety of seismic networks and active seismic experiments to learn more about the seismic environment of the Adventdalen valley of Svalbard, and to understand more about the dynamics of permafrost in the region.

The researchers were able to detect seasonal variations in seismic wave velocity, which they attribute to changes in the ice content of shallow (2 to 4 meters deep) permafrost. Seismic waves move faster through solid materials like rock and ice, and slower through more liquid or softer material.

Shallow permafrost is sensitive to seasonal temperature changes, which would explain the seasonal variations in seismic velocity uncovered by Albaric, Daniela Kühn at NORSAR and their colleagues. But the researchers also found a linear decreasing trend in velocity between 2009 and 2011 after analyzing data collected by a permanent seismic network in the area, indicating an increasingly melted permafrost layer.

"To our knowledge it's the first study showing this long-term velocity trend," said Albaric. "Our study demonstrates that it is worth maintaining permanent observatories, such long-term data collections are precious, and that options for data use may turn up that were not the focus of the original installation."

Researchers are looking for ways to monitor permafrost because its stability can have a significant impact on global climate, with widespread melting potentially leading to an increase in greenhouse gas emissions.

Seismic monitoring can be a powerful tool to detect permafrost changes, especially since data are recorded continuously unlike some other geophysical methods, Albaric said. "In addition, seismic methods are very sensitive and depending on the network geometry, they allow us to target different depths and to cover large areas, allowing us to extend the very localized observations provided by borehole temperature measurements."

The ambient seismic activity noise on Svalbard consists of body waves (which move through the interior of the Earth), along with intermittent surface waves that occur when the average temperature rises above the freezing point. These surface waves have a cryogenic origin, the research team suggests.

The challenging Arctic environment makes it difficult to deploy, maintain and retrieve data from the networks, Kühn noted. "In the summer, for instance, the valley fills with a broad, braided river that limits where permanent seismometers can be installed. In the winter, cold temperatures, snow and ice are harsh on equipment and shrink the time when power can be supplied by solar panels."

Caption: Field work at Svalbard : installation of the temporary seismic network around the Adventdalen valley in May 2014.

Caption: The site of the SPITS array, Svalbard.