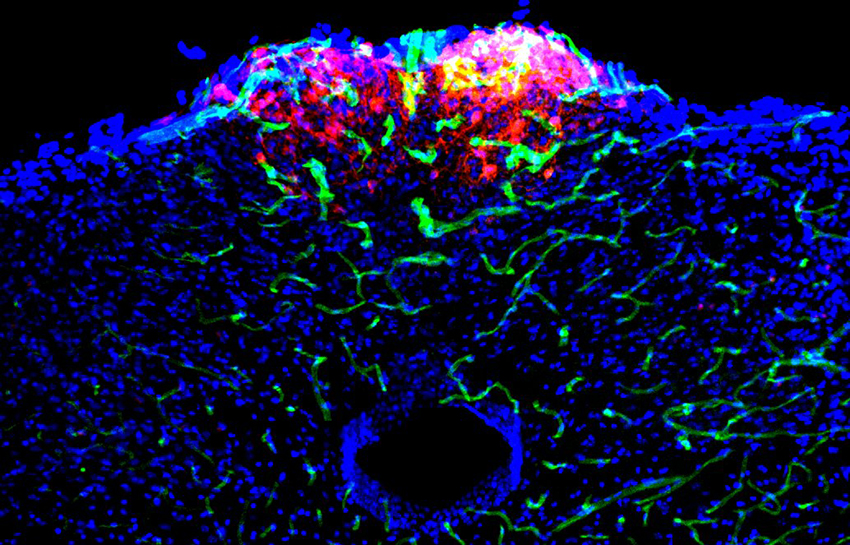 Newswise — At some point, everyone experiences nausea. Whether it occurs after unwisely eating a week-old slice of pizza or as an accompaniment to a serious infection, that queasy, unsettling sensation centered around the stomach is a signal that something is amiss within the body and typically portends a bout of vomiting.

Most of the time, nausea is only temporary. But for some people, such as those on certain chemotherapy regimens, it can be severe, chronic and even life-threatening when it prevents patients from adhering to treatment.

The results shed light on the sensation of nausea and present new targets for the design of improved, more precise antinausea medications.

“Everyone knows what nausea feels like, but it has been largely mysterious at a molecular and genetic level,” said the study’s corresponding author, Stephen Liberles, professor of cell biology in the Blavatnik Institute at HMS. “By identifying neuron types at the heart of this phenomenon, we can now investigate how it works and design better ways to control it in the future.”

Liberles and colleagues, led by the study’s first author, Chuchu Zhang, research fellow in cell biology at HMS, began their investigation of nausea by looking at a region of the brain called the area postrema.

Located in the brain stem, the area postrema has long been associated with vomiting and is one of the rare parts of the brain outside the blood-brain barrier that can monitor blood-borne chemicals. This is thought to allow the area postrema to detect harmful substances or danger signals in the bloodstream and act as an alarm bell when it does so.

Until now, the different types and functions of cells within the area postrema remained unclear. In their study, Zhang, Liberles and their team built an atlas of cell types, using single-nucleus RNA sequencing to characterize gene expression in thousands of individual area postrema cells from mice.

The atlas revealed that there were only a handful of different neuron types in the area postrema. Of particular interest were neurons that expressed GLP1R, a receptor protein on the cell surface that previous studies have linked to blood sugar and appetite control.

To probe whether these neurons play a role in nausea, the researchers had to first assess if mice were actually experiencing the sensation. They did so by adding cherry or grape flavoring to the animals’ drinking water.

Then they gave the mice either an innocuous substance or one known to induce nausea. If a mouse felt malaise, it would quickly associate a fruit flavor with the negative sensation and avoid it, similar to how humans develop food aversions after eating something disagreeable.

The researchers tested several different substances, including lithium chloride and lipopolysaccharide, a toxin produced by bacteria associated with food poisoning. As expected, all tested substances led to strong flavor aversion in mice.

When GLP1R neurons were experimentally removed, however, mice stopped developing flavor aversions for most of the substances—an observation that suggested they no longer experienced malaise as normal.

The team also experimentally turned GLP1R neurons on. They found that mice with activated GLP1R neurons would acquire strong flavor aversions even when they had not been exposed to a nausea-inducing substance.

“We used a technique to activate these neurons, essentially tricking them into thinking there was a toxin present,” Zhang said. “This led to conditioned flavor avoidance, which was strong evidence for a connection between these neurons and the nausea response.”

Additional analyses revealed that GLP1R neurons connect to many other regions of the brain, including one called the parabrachial nucleus, which has been recognized as a hub for pain and aversion. This may be how area postrema neurons help induce conditioned flavor-aversion memories, Zhang said.

The team also found that GLP1R neurons expressed numerous other cell-surface receptors, such as the receptor GFRAL. Interestingly, removing this subset of neurons caused mice to stop developing flavor aversions for only lithium chloride and lipopolysaccharide.

This indicated a “division of labor” between area postrema neurons, with different neuron types responsible for detecting and raising the alarm for different substances.

The study findings present a wealth of data to help scientists better understand nausea, how toxins or medicines trigger the sensation, and how it can be controlled to benefit patients, the authors said.

For example, the team found that certain neurons expressed a calcium-sensing receptor called CaSR. This receptor is a target for the drug cinacalcet, which is used to treat a hormonal imbalance in patients with chronic kidney disease and other conditions.

“Nausea is a very unpleasant sensation, and current antinausea drugs are not perfect,” Zhang said. “Many people still experience nausea during cancer treatment, pregnancy and more, and so better understanding and treating nausea is a very important clinical need.”

Numerous questions about these neurons and their role in nausea remain, the authors said. For example, it is still unclear which signals in the bloodstream area postrema neurons respond to. Their current working model is that toxins or medicines damage the body, triggering the release of chemicals into the bloodstream, which receptors on area postrema neurons detect.

In addition, the researchers note that their current work focused on excitatory neurons, which, when activated, go on to activate other neurons. Their atlas of area postrema cells identifies many other cell types, including inhibitory neurons, which dampen the activity of other neurons. The team is now investigating the function of these other cell types in the nausea response.

“Some of the most exciting and important discoveries in neuroscience have involved the identification of sensory receptors, both external and internal,” said Liberles, who is a Howard Hughes Medical Institute Investigator. “While there has been a great deal of progress in understanding the neurons important for sensations like hunger, thirst and satiety, the neurons relevant for nausea have remained ill-defined.”

“We still have a lot to do to understand how the sensation of nausea arises at the molecular, neural and cellular levels,” Liberles added. “There are many next-generation questions enabled by these findings.”