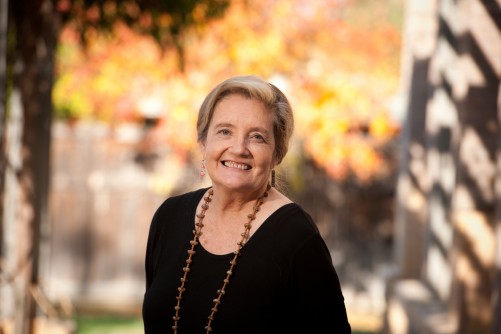 Newswise — Treatment with sertraline may provide nominal but important improvements in cognition and social participation in very young children with fragile X syndrome, the most common genetic cause of intellectual disability and the leading single-gene cause of autism, a study by researchers with the UC Davis MIND Institute has found.

The study, published online today in the Journal of Developmental & Behavioral Pediatrics, was the first controlled clinical trial of low-dose sertraline, brand named Zoloft®, in young children with the disorder, which causes significant behavioral, learning and emotional difficulties. Approximately 60 percent of children with fragile X syndrome also are diagnosed with autism and, in those children, early language development also improved.

“These are important outcomes that warrant further studies of sertraline in fragile X syndrome and in autism spectrum disorder,” said Randi Hagerman, senior author and medical director of the UC Davis MIND Institute.

“All of the families that completed the study wanted to continue their children on sertraline,” she said.

Sertraline is a selective serotonin reuptake inhibitor (SSRI). Serotonin levels are low during early development, when synapse formation is most rapid, suggesting a developmental window in the first five years of life in which an SSRI could be beneficial. Mouse models also show that SSRIs stimulate brain-derived neurotrophic factor (BDNF) when given in early development.

The research was conducted in 2- to 6-year-old children with fragile X syndrome between February 2012 and August 2015. Most were male and Caucasian. Fifty-two children completed the six-month clinical trial, with approximately half receiving low-dose sertraline titrated to their age and size and half receiving a placebo.

The children’s cognitive and social functioning was assessed at regular intervals using a variety of measurements, including tests that assess cognition, fine motor skills, visual reception and expressive and receptive language, as well as sensory processing and social participation.

“Sertraline not only demonstrated an effect on certain aspects of development and cognition, but also showed evidence of social improvements,” Hagerman said. “Further, we found significant improvement in early expressive language development among children with autism and fragile X syndrome who received the drug rather than placebo.”

Hagerman said that the developmental window of rapid synapse formation and network connectivity in the first few years of life may be the best time to deliver a beneficial treatment.

“This study suggests that further trials to replicate these preliminary results and studies, coupled with enhanced language/educational interventions, are warranted in fragile X syndrome and in autism spectrum disorder,” she said.

Grants from the Health Resources and Services Administration (R40MC22641); the MIND Institute Intellectual and Developmental Disabilities Research Center (U54 HD079125); and the National Fragile X Foundation supported the research. The research also was supported by grants (UL1 TR00002 and linked award TL1 TR000133, and ULI TR001414) from the National Center for Advancing Translational Sciences.

Information about other ongoing clinical research studies at The MIND Institute, including a trial of low-dose sertraline in children with autism spectrum disorder, can be found on the web at mindinstitute.ucdavis.edu.