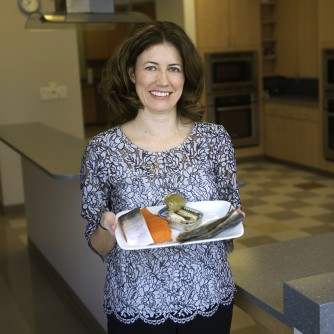 That’s a bit of an exaggeration, but when it comes to what certain foods can do to or for you, it’s probably best to take motherly advice, familiar sayings and other bits of conventional wisdom with a grain of salt.

“There’s some validity to some of them, but many of them are just old wives’ tales or myths that have trickled down over the years,” said Annette Frain, a registered dietitian at Wake Forest Baptist Medical Center in Winston-Salem, North Carolina.

To help draw the line between what is and isn’t baloney, so to speak, here’s the medical lowdown on a couple of widely held notions about food and health.

Score one for Mom.

“Many long-term studies have found a correlation between improved cognition and the consumption of fish that are high in omega-3 fatty acids such as DHA,” said Frain, the medical program coordinator at Wake Forest Baptist’s Weight Management Center. “This isn’t a speedy fix – you’re not going to get a higher score on your test or do a better job on your project at work because you ate fish last night. It’s rather the build-up over time. So the sooner you start, the better off you’ll be in the long run.”

The best seafood sources of these omega-3s that promote optimal brain function are fatty and oil-rich fish such as salmon, albacore tuna, mackerel, sardines and herring.

These obviously aren’t among America’s most popular types of seafood. The “lighter” fish like flounder and tilapia that more frequently appear on our plates are good for you, too. Just not as good.

“They aren’t as potent in terms of omega-3s, and they’re often breaded and fried, which only adds calories,” said Frain, who recommends grilling as the best way to prepare fish.

“I remember hearing that when I was growing up and I still hear it when I see patients, especially teenagers,” said Sarah Taylor, M.D., a dermatologist at Wake Forest Baptist. “But it’s not true. Chocolate has been studied, and there’s no hard evidence it has anything to do with acne.”

Acne occurs when the skin’s pores become clogged with excess oil produced by hair follicles. This allows dirt, bacteria and dead skin cells to build up in the pores and form the lesions and blemishes of acne.

What triggers this isn’t clear. Hormonal changes can prompt the overproduction of oil, and heredity can be a factor. But eating chocolate is not. That goes for pizza, potato chips, french fries and cheeseburgers, too.

Research, however, has identified one acne-food connection.

“Non-organic dairy products can make acne worse, because the cows are treated with growth hormones,” Taylor said. “So we’ll tell patients that when they’re having yogurt, cheese, milk or ice cream to make sure it’s organic if they want to help their acne out.”

“Carrots are a good source of vitamin A, which is one of the nutrients necessary for good ocular health,” said Craig Greven, M.D., chair of ophthalmology at Wake Forest Baptist. “But they won’t improve your eyesight.”

Their vision-friendly reputation notwithstanding, carrots are far from the only way to get vitamin A. Dairy products, eggs, fish and liver are prime sources, as are a number of fruits (peaches, mangoes, tomatoes) and vegetables (spinach, kale, broccoli, peas, red bell peppers) that also provide other nutrients and antioxidants that contribute to good vision.

“In general, a balanced diet, and really anything that leads to a healthy lifestyle, is good for your eyes,” Greven said. “But there’s not one specific perfect eye food.”

Spicy foods cause ulcers No. Jalapenos and habaneros aren’t to blame.

Ulcers are sores on the inside lining of the stomach, esophagus or small intestine that develop when acid is able to penetrate the layer of mucus that normally protects the digestive tract. But spicy foods have nothing to do with that.

“About 75 percent of all ulcers are caused by bacteria called Helicobacter pylori,” said Joel Bruggen, M.D., a gastroenterologist at Wake Forest Baptist. “Most of the others are caused by the use of aspirin and other non-steroidal anti-inflammatory medications.”

So how did chili, curry and kung-pao chicken get such a bad rap?

Stress and alcohol also can be added to the list of things that don’t cause ulcers. In fact, the research pointing to bacteria as the primary culprit has been around since the mid-1980s.

But, as Bruggen put it, “Some legends just live on.”