In a new British Medical Journal editorial, UNC School of Medicine researchers and physicians stress the need for better worldwide surveillance of e-cigarette-related burns and better regulation of e-cigarettes to reduce burn injuries. 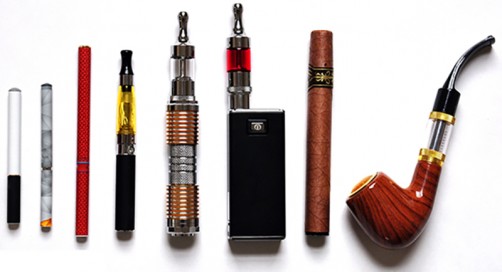 Newswise — CHAPEL HILL, NC – In the first six months of 2016, doctors at the North Carolina Jaycee Burn Center at UNC Hospitals treated 10 inpatients with severe burns and facial fractures from e-cigarette explosions. Almost all of them required surgery, and one patient lost his eye when an e-cigarette exploded while he puffed on it.

“We know that this is a big problem at burn centers across the United States,” said Clare Meernik, MPH, research specialist in the UNC Tobacco Prevention and Evaluation Program and lead author of an editorial published in the British Medical Journal (BMJ). “We think these explosions are happening to a greater extent than the current medical literature suggests.”

The editorial calls for better surveillance of e-cigarette-related injuries, better regulation of e-cigarette manufacturing, and more information for consumers on the potentially harmful effects of e-cigarette use.

“There’s a flame component to the burn injury, but there’s also a chemical component,” said Felicia Williams, MD, assistant professor of surgery at the UNC School of Medicine, member of the North Carolina Jaycee Burn Center, and co-author of the editorial. “We fear that trauma centers may not be aware of the severe nature of these burns. Patients need optimal long-term management to ensure wound-healing occurs from both components.”

A significant and previously undiscussed problem, according to the UNC researchers, is that the United States lacks a national system to code injuries related to adverse effects of e-cigarette products. Yet, according to a 2015 Centers for Disease Control and Prevention report, more than 9 million people in the United States use e-cigarettes. Vaping is now a multi-billion dollar industry around the world.

“We need a better surveillance system so we can begin to grasp the gravity of burn injuries in the United States and around the world,” Williams said. “We need to better document the scope of burn injuries in the medical literature and help physicians to be better prepared to treat patients with these particular kinds of burns and facial fractures.”

Most published data on e-cigarette-related injuries come from media reports. For instance, according to the BMJ editorial, The National Fire Protection Association identified just 15 e-cigarette-related fires and explosions in the United States in 2015, but personal correspondences from members of the American Burn Association’s burn prevention committee suggest that there were probably several hundred such injuries in 2015. But no one knows for sure. The fact UNC hospital staff documented 10 severe burn cases – patients who were admitted into the hospital – in six months in 2016 suggests there could be thousands of similar cases occurring annually around the world. UNC physicians also treated other e-cigarette burn patients who did not require hospital admittance during the same time.

The editorial stresses the need for better regulation of batteries and other components in e-cigarettes and other electronic tobacco delivery systems to better ensure their basic safety.

“Doctors and public health experts might be divided on whether to recommend e-cigarettes for smoking cessation,” Meernik said. “But we all agree that these products should not be exploding in people’s pockets or while vaping.”

Earlier this year, the FDA extended its authority to regulate e-cigarettes. The UNC authors suggest that this regulatory authority should extend to the design and manufacturing processes of electronic nicotine delivery systems.

“We believe the FDA should immediately develop safety standards that all manufacturers must comply with,” Williams said. “We know that some explosions are related to battery issues, but other mechanisms may also be involved.”

She added, “We’re confident that improving safety standards will reduce the number of severe burns we see. There are thousands of brands and hundreds of manufacturers of these devices; we feel that mandatory oversight and industry-wide standards are long overdue.”