She Changed Her Own Life, Now She’s Helping Other Women Change Theirs 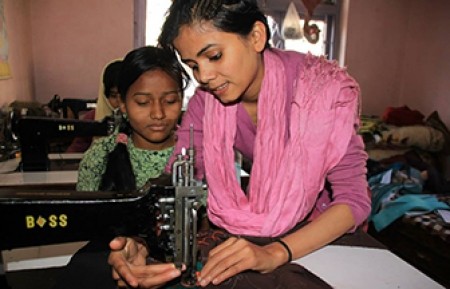 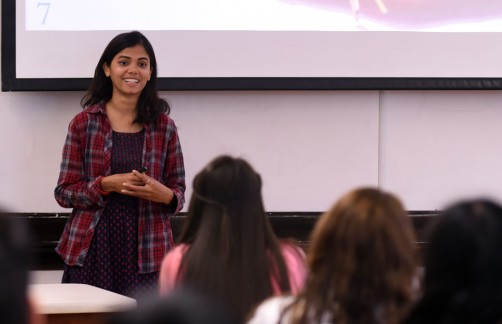 Newswise — Nasreen Shekh escaped a life of subservience and squalor in her village in southern Nepal to chart her own course as a social entrepreneur in Kathmandu. Today, the 20-something (she doesn’t know her birth date or exact age), is the founder of Local Women’s Handicrafts, a fair trade textile business in Kathmandu, and the manager of the nonprofit women’s collective, LOCWOM. She has been written up in Forbes and the Huffington Post and served as a keynote speaker for Chicago Fair Trade’s Globalfest gala on Friday, November 17. But, before that, she visited Dominican on Thursday, November 16 to talk with students in Dr. Elizabeth Collier’s business ethics class and students in the fashion design and apparel merchandising program.

Nasreen has had an amazing life and is inspiring other women in male-dominated Nepal and India to break the chains that keep them from self-fulfillment. She left her village at the age of 12, after witnessing numerous incidents of violence to women. She found a job as a child laborer in a sweatshop for a large export company, working 12-15 hours a day on a sewing machine and sleeping on the factory floor. At 16, she left the sweatshop, rented a small space in Kathmandu and opened a business, Local Women’s Handicrafts, selling bags, scarves, wallets and shirts.

When she was 18, her parents began to pressure her to get married—in her village most girls are consigned to arranged marriages when they are 16. But she saw how unhappy her sister was in her oppressive marriage and she was determined to avoid that life. In her culture, getting married means giving up dreams of working and living under the rule of husbands, many of whom are much older than their young wives. With the help of an American teaching in Nepal, she ran away and went into hiding, taking with her as many pieces from her business as she could. She became the first girl in the history of her village to escape forced marriage.

At the age of 22, Nasreen launched a women’s nonprofit collective which includes her business as well as training opportunities for disadvantaged women, educational services and safe shelter. The nonprofit is a small operation located 20 minutes outside Kathmandu. She first visited the United States in 2015 to talk about her life and work and addressed with American women’s groups the gross human rights violations perpetrated against women in her country. Since then, she has also spoken in Ireland, Spain, Brussels and the United Kingdom.

Nasreen shatters the misconception in her country that women are simply a commodity and worth less than men. Her business now employs dozens of women and her family has come around to respecting the road she is taken, as they are now largely financially dependent on her. She is showing other women how they can follow in her footsteps and become self-sufficient. 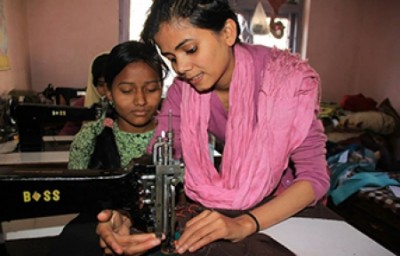 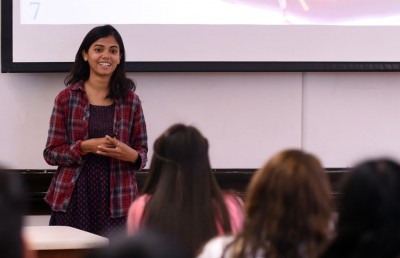