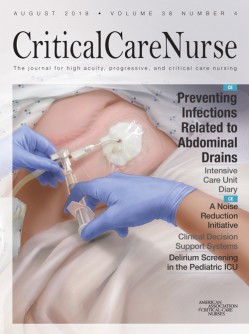 Small changes led to lower noise levels during designated quiet times in a New York hospital, according to a study published in Critical Care Nurse.

Through a combination of reducing noise and adjusting the times for noisy activities, the unit was able to reduce noise levels and maintain quiet times with reductions in peak noise events six months after education and implementation.

Using a decibel meter, the NSCU staff measured noise levels on the left and right sides of the nurses’ station, which serves as the central hub for the unit and is shared by many providers. Noise was also measured in front of two patient rooms near the nurses’ station, one of which is also near the primary entrance to the unit. Data was collected for eight days prior to staff education and again six months after quiet time was implemented.

After the initial data was collected, the baseline results were shared with staff through unit-based in-services, staff meetings and journal club sessions. Education on the benefits of quiet time was provided to all members of the NSCU team, including members of other departments. All department directors were notified about the initiative.

The unit then implemented quiet time periods twice each day, from 3 to 5 a.m. and from 3 to 5 p.m.  During quiet times, lights were dimmed, whispering was encouraged and environmental noise was eliminated as much as possible.

Among the specific changes that contributed to lower noise levels during quiet time:

The initiative also identified areas for improvement, such as installing push-plate automatic opening functions at the rear entrance to the unit for easier access by emergency department and operating room teams and identifying a different time and space for physicians and physician assistants to conduct teaching sessions.

As the American Association of Critical-Care Nurses’ bimonthly clinical practice journal for high-acuity, progressive and critical care nurses, CCN is a trusted source of information related to the bedside care of critically and acutely ill patients.

About Critical Care Nurse: Critical Care Nurse (CCN), a bimonthly clinical practice journal published by the American Association of Critical-Care Nurses, provides current, relevant and useful information about the bedside care of critically and acutely ill patients. The award-winning journal also offers columns on traditional and emerging issues across the spectrum of critical care, keeping critical care nurses informed on topics that affect their practice in high-acuity, progressive and critical care settings. CCN enjoys a circulation of more than 114,000 and can be accessed at http://ccn.aacnjournals.org/.