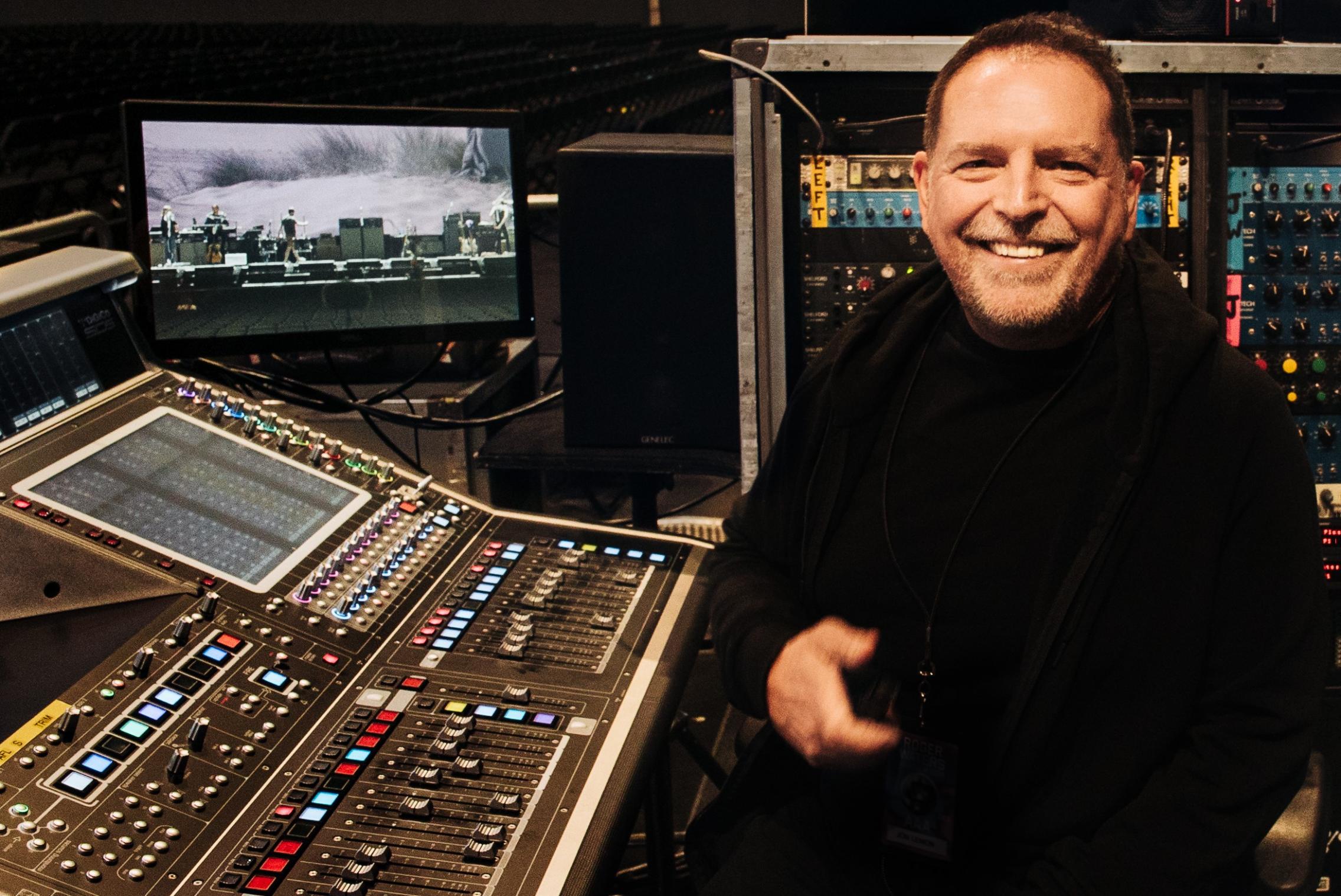 Jon Lemon at work on the Us +Them tour

Newswise — One of the world’s leading live-sound music engineers has become the first Artist-in Residence at the University of Adelaide’s Sia Furler Institute of Contemporary Music and Media.

He was recently awarded the Total Production International ‘Sound Engineer of the Year’ title in London and also a CAS (Cinema Audio Society (US)) Award for his contribution to Smashing Pumpkins’ If It All Goes Wrong DVD. He is preparing for another Roger Waters tour, This Is Not a Drill, scheduled for 2021.

“As Artist-in-Residence, Jon will be sharing his knowledge and experiences from his live work as well as his in-studio work for students to get an insider perspective of music-making at the highest level,” says Professor Tom Hajdu, Director of the Sia Furler Institute.

“Our students are incredibly fortunate to be able to share Jon’s insights. And it’s particularly appropriate that he is our first Artist-in-Residence, given he has worked extensively with Sia herself.”

Jon Lemon says: “I’m excited about the prospect of working with the students at the University of Adelaide. I’ve been lucky enough to meet and work with some of the greats of the touring and recording industry along my journey and have always been grateful to those who’ve opened themselves up to pass on their knowledge and experience.

“I’m happy to be able to pass on some of what I’ve learned over the years to these young people who are just starting out on their creative careers, and hope I can be of some small benefit to them.”

After growing up in Adelaide, and working in the UK and US, Lemon has moved back home to South Australia. These days, he resides in Port Willunga, near the Fleurieu Peninsula.

The Sia Furler Institute has a track record of hosting world-class creative experts through its programs.

In 2020, Laurie Anderson was the inaugural Artist-in-Residence at Art Intelligence, a ground-breaking collaboration around art and artificial intelligence between the Australian Institute for Machine Learning (AIML) and Sia Furler Institute.