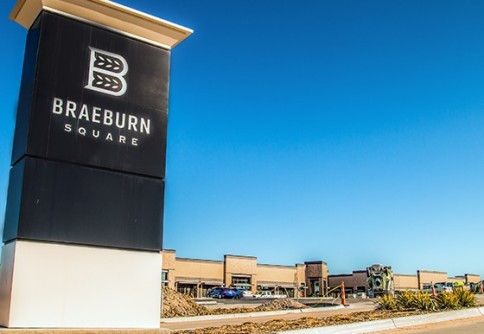 Two developer-owned restaurant/retail buildings are under construction in Braeburn Square and will be ready for tenants to begin interior improvements in March.

Newswise — Eight significant projects are being built, planned or discussed for the east side of the Wichita State University campus. Here is a summary as of Feb. 27: