Slavery in early Illinois: The untold battle to keep the state free 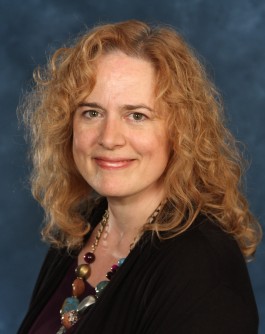 Newswise — CHICAGO — The call to make Illinois a slave state in the early 1820s failed in large part to a pair of English settlers who founded the southern Illinois town of Albion the same year the state was chartered, said Caroline Kisiel, an assistant professor in DePaul University’s School for New Learning.

In this Q&A, Kisiel discusses slavery in the Illinois territory, how the state entered the Union free, the fight to keep it that way, and the unsung heroes behind the fight.

Q: How did Illinois join the Union, and what role did slavery play in the territory and state?
A: Before the Civil War, the Northwest Ordinance of 1787 made slavery illegal in the territory north of the Ohio River. Any states forming out of this area were to be free. When Illinois became a state in 1818, it added language from the Ordinance to its constitution and declared itself a free state.

What’s interesting is that there was slavery in the region dating back to when French settlers brought slaves along to cultivate the land in the 17th and 18th centuries. The practice continued when English settlers came to the area and didn’t officially go away until the 1848 Illinois Constitution banned any slavery from taking place in the state. Even then, free black residents in Illinois were subject to severe restrictions under “Black Codes,” which imposed fines and movement restrictions, and which were not repealed until shortly after the Civil War.

Q: How is it possible that slavery and support for slavery existed in Illinois?
A: Since slavery had existed in the Illinois Territory under French rule and French residents continued to own slaves after the territory was ceded to Britain, there was a precedence for reliance on slavery in the region. Daily practices of how life was managed with the support of slave labor were rationalized in the context of the 1787 Northwest Ordinance — some interpreted that as “old slavery,” that which was already existing — was permitted, while importation of “new slaves” was not, according to published work by Kerry Pimblott in 2015. The main rationalization in constructing the 1818 constitution was that because no “new slaves” would be permitted and only “old slavery” was allowed, the constitution was abiding by the Northwest Ordinance. The Illinois State Historic Preservation Office notes there were around 600 slaves in the territory in 1763. However, as Kentucky farmers began to follow the French practice of bringing slaves in to work in salt mines, it is difficult to know how much these numbers increased. Kentucky slaves were not registered as Illinois slaves, and others who sought to work around Illinois laws registered their slaves as “indentured servants.”

Q: Your research uncovered that there was a movement to make Illinois a slave state in the early 1820s. Can you explain what was going on at the time?
A: Slavery’s long roots in the territory had a great influence when settlements developed in the state, as practices for cultivation had long been established. There were Illinois legislators who practiced slavery and others who were pro-slavery. They wanted to change the state constitution to make Illinois a slave state. In 1823, they asked the people of Illinois to vote in favor of holding a constitutional convention in 1824 in order to consider changing the constitution to permit slavery. The hope was that those who had come to accept slavery’s role in the cultivation of crops would support this constitutional shift.

Q: What happened with the vote for a constitutional convention?
A: The vote failed in large part to the efforts of two English settlers named Morris Birkbeck and George Flower, who came to the U.S. searching for land to purchase, and traveled westward with their family members, settling in 1817 in the southern Illinois Territory about 20 miles from the Indiana border. Founding the towns of Wanborough and Albion in 1818, the same year that Illinois became a state, they appreciated the region’s mild climate, how it resembled England, and that it appeared to be slave free. However, they became aware of the Kentucky farmers who were bringing in their slaves to work, and pro-slavery legislators in the Illinois senate. When the call for a convention was made, Birkbeck wrote letters to the Illinois newspapers under the pseudonym Jonathan Freeman to speak out against this. In these letters, he argued against slavery and against a constitutional convention by making the case that white people in Illinois should consider the threat of black people living in their state. This sounds incredibly racist on face value, but my research suggests that Birkbeck was trying to push the anti-slavery movement by appealing to the mindset of southern Illinois citizens at the time, or put another way, he was trying to write to the people in terms they would understand. He later wrote and published a 19-page pamphlet in July 1823 under his own name that appealed to the people of Illinois to say no to the convention.

Q: What role do you believe Birkbeck and Flower played in keeping Illinois a free state?
A: I believe Birkbeck’s writings were critical. After Birkbeck died, Flower wrote in his memoir that he believed Birkbeck was very instrumental in convincing the Illinois people to vote “no” on a constitutional convention. Birkbeck and Flower were not the only anti-slavery voices in the state of Illinois (Elijah Lovejoy is an important later figure), but they were key in southern Illinois.

It’s also important to note Flower’s contributions against the slavery mindset in early Illinois. Although Birkbeck died suddenly in 1825, Flower went on to support free blacks living in Illinois who were subject to the restrictive “Black Codes” and who also were under threat of kidnapping and sale into slavery. He and his family were threatened for providing such aid, but my research has indicated that he stuck to his values and continued to support black residents in southern Illinois for decades after the convention question.