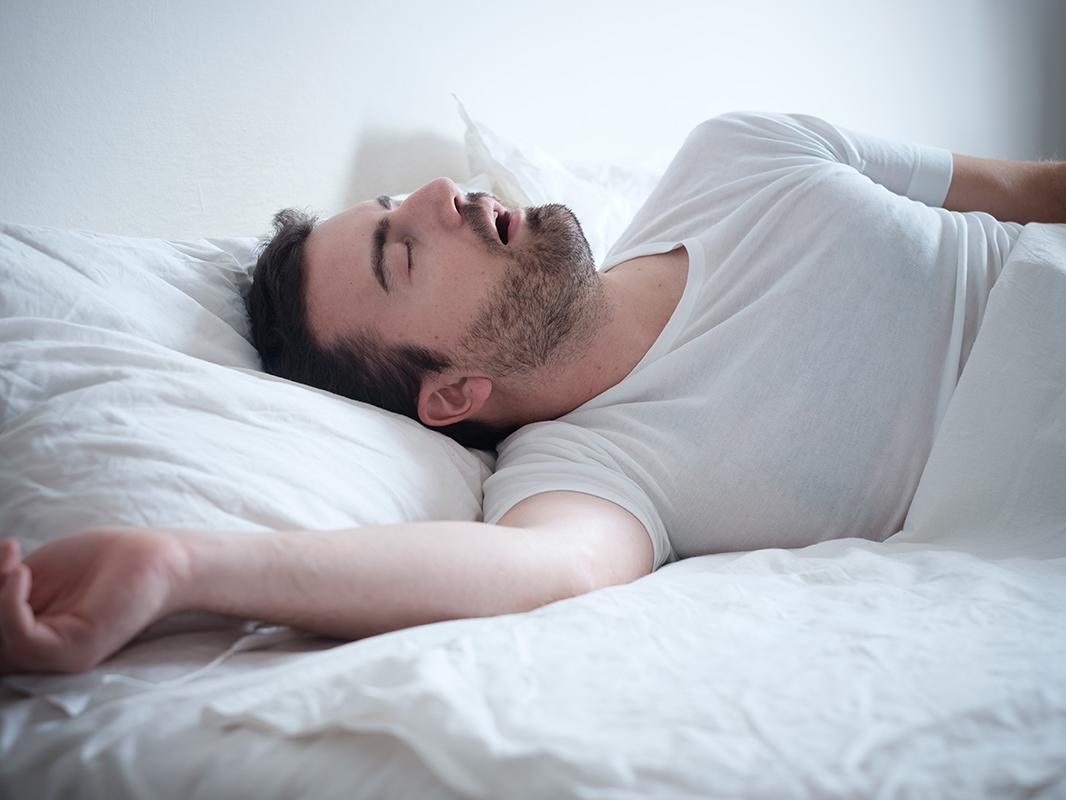 Newswise — A study by Penn State College of Medicine researchers reveals that people living with obstructive sleep apnea (OSA), a condition that occurs when a person’s airway becomes blocked while they are asleep, are twice as likely to experience sudden death compared to people living without OSA. The researchers also found that OSA, which is estimated to affect upwards of 1 billion people worldwide, increases a person's risk of developing certain cardiovascular conditions including hypertension, coronary artery disease and congestive heart failure.

The research team studied more than 42,000 patients worldwide and conducted a systematic review of sleep apnea-related studies published through January 2020. The researchers found that people with OSA have a greater risk of dying suddenly from various causes, including cardiovascular death. According to the researchers, this risk increases with age.

“Patients with sleep apnea experience shallow or interrupted breathing, which disrupts their sleep,” said Anna Ssentongo, doctor of public health student and principal investigator on the study. “Our research shows this condition can be life threatening. Those with OSA were at a nearly twofold higher risk of sudden death and cardiovascular mortality compared to those without OSA. Future studies are needed to identify treatments and interventions that can optimize survival.”

The study’s findings indicate that OSA is associated with several cardiovascular comorbidities, including hypertension, coronary artery disease and congestive heart failure. Patients with OSA experience oxidative stress, or a lack of available oxygen to cells, which can contribute to an imbalance of antioxidants in the body. Over time, this imbalance damages cells and can speed up the aging process and lead to an array of health problems.

“Obstructive sleep apnea is a common condition that can have fatal consequences,” said co-author Dr. John S. Oh, assistant professor in the Department of Surgery at Penn State Health Milton S. Hershey Medical Center. “This is something that many patients do not consider when they are diagnosed with the condition, and our research will hopefully bring more attention to its prevention and treatment.”

“This study highlights the importance of appropriate prevention measures to reduce the incidence of OSA and OSA-related sudden death,” co-author Emily Heilbrunn adds. “Providing accessible and affordable treatments for populations with OSA may ultimately reduce adverse health outcomes for these individuals.”

The research team noted that the study did have some limitations. The study included data from five continents, but did not contain any studies from Africa or Antarctica. The researchers said future research studies should explore the association between OSA and mortality in populations not represented in this study.

Vernon Chinchilli of Penn State College of Medicine and Dr. Paddy Ssentongo of Penn State Center for Neural Engineering contributed to this research. The researchers disclose no conflicts of interest or specific financial support.