Findings Help Illustrate the Importance of Sleep for Recovery from Illness 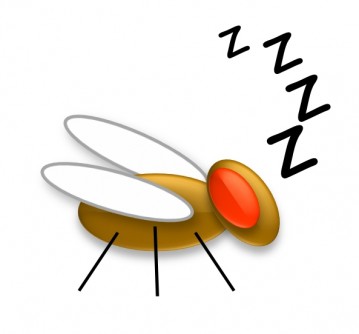 Newswise — PHILADELPHIA - When we get sick it feels natural to try to hasten our recovery by getting some extra shuteye. Researchers from the Perelman School of Medicine at the University of Pennsylvania found that this response has a definite purpose, in fruitflies: enhancing immune system response and recovery to infection. Their findings appear online in two related papers in the journal SLEEP, in advance of print editions in May and June.

“It's an intuitive response to want to sleep when you get sick," notes Center for Sleep and Circadian Neurobiology research associate Julie A. Williams, PhD. “Many studies have used sleep deprivation as a means to understand how sleep contributes to recovery, if it does at all, but there is surprisingly little experimental evidence that supports the notion that more sleep helps us to recover. We used a fruitfly model to answer these questions.” Along with post-doctoral fellow, Tzu-Hsing Kuo, PhD, Williams conducted two related studies to directly examine the effects of sleep on recovery from and survival after an infection.

In the first paper, they took a conventional approach by subjecting fruit flies to sleep deprivation before infecting them with either Serratia marcescens or Pseudomonas aeruginosa bacteria. Both the sleep-deprived flies and a non-sleep-deprived control group displayed increased sleep after infection, what the experimenters call an "acute sleep response."

Unexpectedly, the pre-infection, sleep-deprived flies had a better survival rate. "To our surprise they actually survived longer after the infection than the ones who were not sleep-deprived," notes Williams. The Penn team found that prior sleep deprivation made the flies sleep for a longer period after infection as compared to the undisturbed controls. They slept longer and they lived longer during the infection. Inducing sleep deprivation after infection rather than before made little difference, as long as the infected flies then got adequate recovery sleep. "We deprived flies of sleep after infection with the idea that if we blocked this sleep, things would get worse in terms of survival,” Williams explains. “Instead they got better, but not until after they had experienced more sleep."

Sleep deprivation increases activity of an NFkB transcription factor, Relish, which is also needed for fighting infection. Flies without the Relish gene do not experience an acute sleep response and very quickly succumb to infection. But, when these mutants are sleep-deprived before infection, they displayed increased sleep and survival rates after infection. The team then evaluated mutant flies that lacked two varieties of NFkB (Relish and Dif). When flies lacked both types of NFkB genes, sleep deprivation had no effect on the acute sleep response, and the effect on survival was abolished. Flies from both sleep-deprived and undisturbed groups succumbed to infection at equal rates within hours.

“Taken together, all of these data support the idea that post-infection sleep helps to improve survival," Williams says.

In the second study, the researchers manipulated sleep through a genetic approach. They used the drug RU486 to induce expression of ion channels to alter neuronal activity in the mushroom body of the fly brain, and thereby regulate sleep patterns. Compared to a control group, flies that were induced to sleep more, and for longer periods of time for up to two days before infection, showed substantially greater survival rates. The flies with more sleep also showed faster and more efficient rates of clearing the bacteria from their bodies. “Again, increased sleep somehow helps to facilitate the immune response by increasing resistance to infection and survival after infection," notes Williams.

Because the genetic factors investigated by the Penn team, such as the NFkB pathway, are preserved in mammals, the relative simplicity of the Drosophila model provides an ideal avenue to explore basic functions like sleep. "Investigators have been working on questions about sleep and immunity for more than 40 years, but by narrowing down the questions in the fly we're now in a good position to identify potentially novel genes and mechanisms that may be involved in this process that are difficult to see in higher animals,” explains Williams.

“These studies provide new evidence of the direct and functional effects of sleep on immune response and of the underlying mechanisms at work. The take-home message from these papers is that when you get sick, you should sleep as much as you can -- we now have the data that supports this idea,” she concludes.

This work was supported by the National Science Foundation (#IOS-1025627).