Sleepy Drivers Make Dangerous Drivers: How to Stay Awake Behind the Wheel

2-May-2017 3:05 PM EDT, by University of Alabama at Birmingham
favorite_border 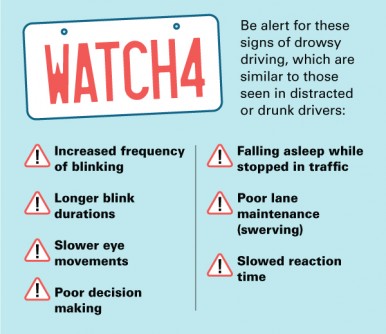 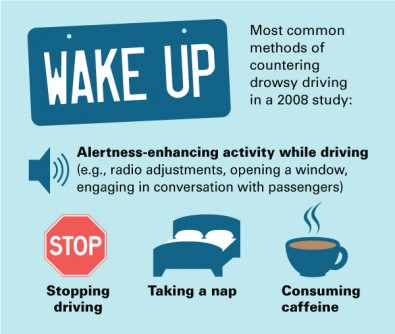 “Drowsy driving can be considered a form of distracted driving,” said Benjamin McManus, a Ph.D. candidate in the University of Alabama at Birmingham Lifespan Development Psychology graduate program in the College of Arts and Sciences. “Like in distracted drivers, cognitive resources are directed away from the task of driving in drowsy drivers.”

Where other forms of distracted driving are externally influenced, like interacting with a cellphone, drowsy driving is an internally influenced distraction; but the result is the same — cognitive and visual resources are withdrawn from driving.

McManus compiled research on the topic through his work in UAB’s Translational Research and Injury Prevention laboratory, which focuses on the prevention and control of unintentional injuries, particularly those resulting from motor vehicle crashes.

“The statistics are pretty jarring,” McManus said. “Compared to drivers who report typically getting seven or more hours of sleep nightly, those who typically sleep only four to five hours per night are 5.4 times more likely to be involved in a crash.”

Knowing the signs of becoming drowsy behind the wheel, many of which are similar to distracted and drunk driving, could potentially be lifesaving.

“Recognizing the signs is the first step in prevention,” McManus said. “Following recognition of those indications, you can employ a few different tactics prior to and during driving to help you stay awake.”

Most Common Prevention and Countermeasure Techniques

“While these activities can help, they aren’t necessarily perfect solutions,” McManus said. “The countermeasures that involve continuing to drive after noticing signs of drowsiness carry several risks. For instance, several alertness-enhancing activities may be distracting.”

Although caffeine and other stimulants reduce subjective sleepiness and improve reaction time, decision-making is still impaired. A cup of coffee or an energy drink may effectively increase alertness in a drowsy driver, but the driver is still at risk for driving errors and poor judgment.

Another countermeasure that is being studied is infrastructure-related. Rumble strips on the sides of roads, for example, are effective at alerting drivers once they first start veering off the road. But even there, the effect is very short-lived, and research has shown that sleepiness signs re-emerge in about five minutes. Additionally, subsequent rumble strip hits after the first hit do not effectively increase alertness.

“Ceasing driving to take a nap may be the best of these commonly implemented countermeasures, as naps have been shown to reduce driving impairment in such situations,” McManus said. “Research tells us that, as a supplement to sleep, naps can be effective for maintaining sustained attention, learning and memory.”

“Taking into consideration these limitations, the preferred countermeasure to drowsy driving is prevention,” McManus said.

In countering drowsy driving, prevention would include obtaining enough sleep as well as good-quality sleep. Individuals who may have conditions impacting sleep quality such as insomnia and sleep apnea should seek treatment to improve sleep quality. For instance, obstructive sleep apnea is significantly associated with crash risk for a variety of populations.

According to McManus, although research shows that a minimum of seven hours of sleep is associated with safe driving, it is not always the amount of sleep everyone needs for every situation.

Those who have unique sleep schedules that change from day to day or run contrary to the body’s natural circadian rhythm should account for this with increased efforts toward obtaining adequate high-quality sleep. Blue-enriched light has been utilized to improve sleep, circadian entrainment and daytime alertness in astronauts, who have extreme disturbances in circadian regulation.

“A culture change regarding the importance of sleep might make the biggest impact of all,” McManus said. “Currently, we tend to view sleep as one of the first things to sacrifice when we face impending deadlines or busy schedules. Recognizing just how dangerous drowsy driving can be is an important step in making us all safer on the road.”

Known for its innovative and interdisciplinary approach to education at both the graduate and undergraduate levels, the University of Alabama at Birmingham is an internationally renowned research university and academic medical center and the state of Alabama’s largest employer, with some 23,000 employees and an economic impact exceeding $5 billion annually on the state. The five pillars of UAB’s mission include education, research, patient care, community service and economic development. UAB: Knowledge that will change your world. Learn more at www.uab.edu. 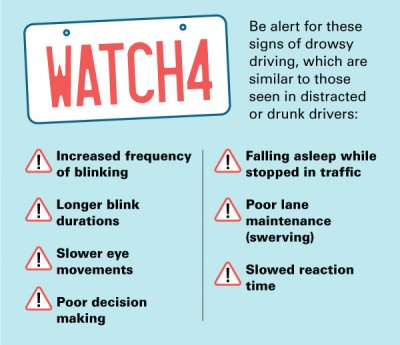 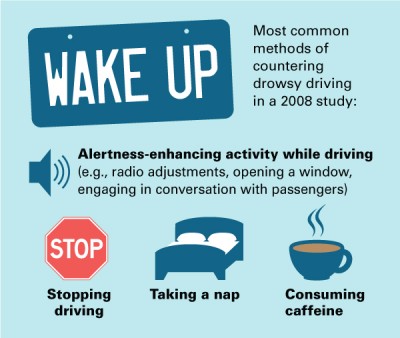