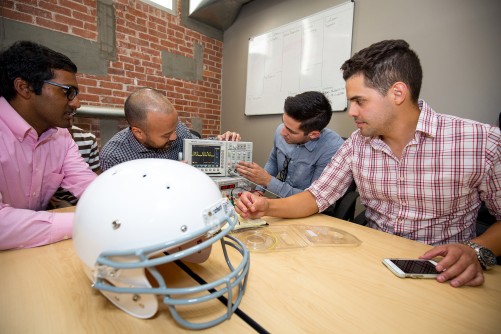 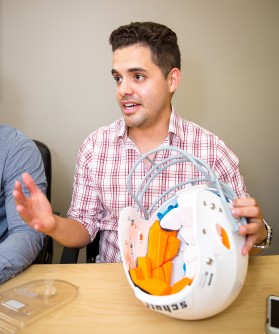 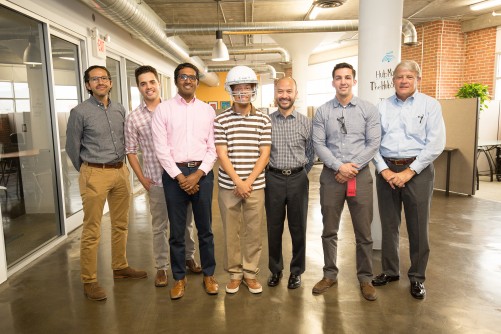 “Concussions that go undiagnosed are a huge health problem, especially for football players,” says second-year TTUHSC El Paso medical student Derrick Oaxaca. “It is very common for athletes to remain in the game after experiencing concussion-like symptoms, receiving more impacts to the head — and that is when the brain becomes significantly damaged.”

Scientists don’t know the exact force that will unequivocally result in a concussion. But recent research shows that a combination of data from the blow can help doctors make a more accurate diagnosis. These impact measurements — rotational acceleration, linear force or acceleration, duration of impact and location of impact — will each be recorded by the helmet’s sensors to provide a full medical assessment.

This innovative technology has landed the entrepreneurs spots as semi-finalists in the Space Race, a international start-up competition hosted by NASA and the Center for Advancing Innovation (CAI).

Athletes who resume playing in a sporting event before fully healing after a concussion can experience permanent brain damage, and even death. This happens quite often; nearly one-third of athletes have sustained a concussion that went undiagnosed and risked further brain injury.

Using the smart helmet, the team hopes players of all ages will be taken off the field immediately after a hit, instead of continuing to participate while injured.

“Parents will be alerted, too,” Oaxaca explains. “Imagine a mom or dad receiving a smartphone notification that their child just received a blow to the head. They’re going to be concerned about safety and ensure their child receives proper medical attention.”

The goal is for the product to eventually be sold in athletic stores or directly to athletic programs, such as high school sports teams, under the name Minus Tau.

Tau is a protein that forms in the brain when someone experiences a concussion, or any form of brain damage. Today, many retired NFL football players who experienced repetitive head injuries during their careers suffer from chronic traumatic encephalopathy, a degenerative brain condition tied to dementia, suicide and depression. Studies have shown high levels of tau in these players’ brains, prompting scientists to suspect that tau buildup is linked to increased risk of developing a brain disorder.

The team named the technology Minus Tau in an effort to raise awareness about the condition, and hopes to eventually minimize these cases. Oaxaca explains, “We want to prevent tau buildup in the brains of our athletes; we want to subtract it from the whole equation.”

Also on the team are second-year TTUHSC El Paso medical students Tyler Trevino, Justin Thomas and Sovanarak Lek, and Toriell Simon, an undergraduate business student at The University of Texas at El Paso. In the future, the students anticipate that the technology will also be applicable to military and motorcycle helmets.

In total, the Space Race challenge highlights 11 NASA technologies, which teams utilize to build a business plan and eventually pitch their idea to the challenge’s panel of judges. Phase 3 of the Space Race competition commences Friday, October 14, with the announcement of the finalists. Winners of the third and final phase of the competition will incorporate a business, apply for a NASA license, raise up to $1.2 million in seed funding from venture capitalists and officially launch a start-up with guidance from CAI. 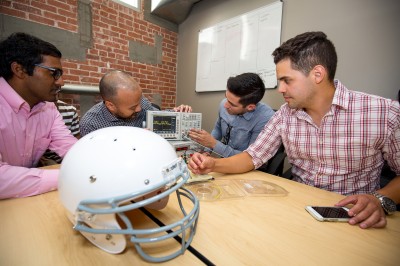 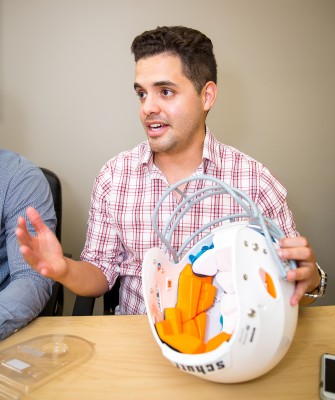 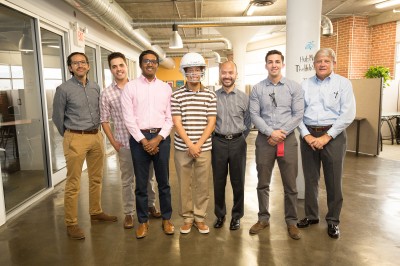