Smart motor in handlebars prevents bicycles from falling over 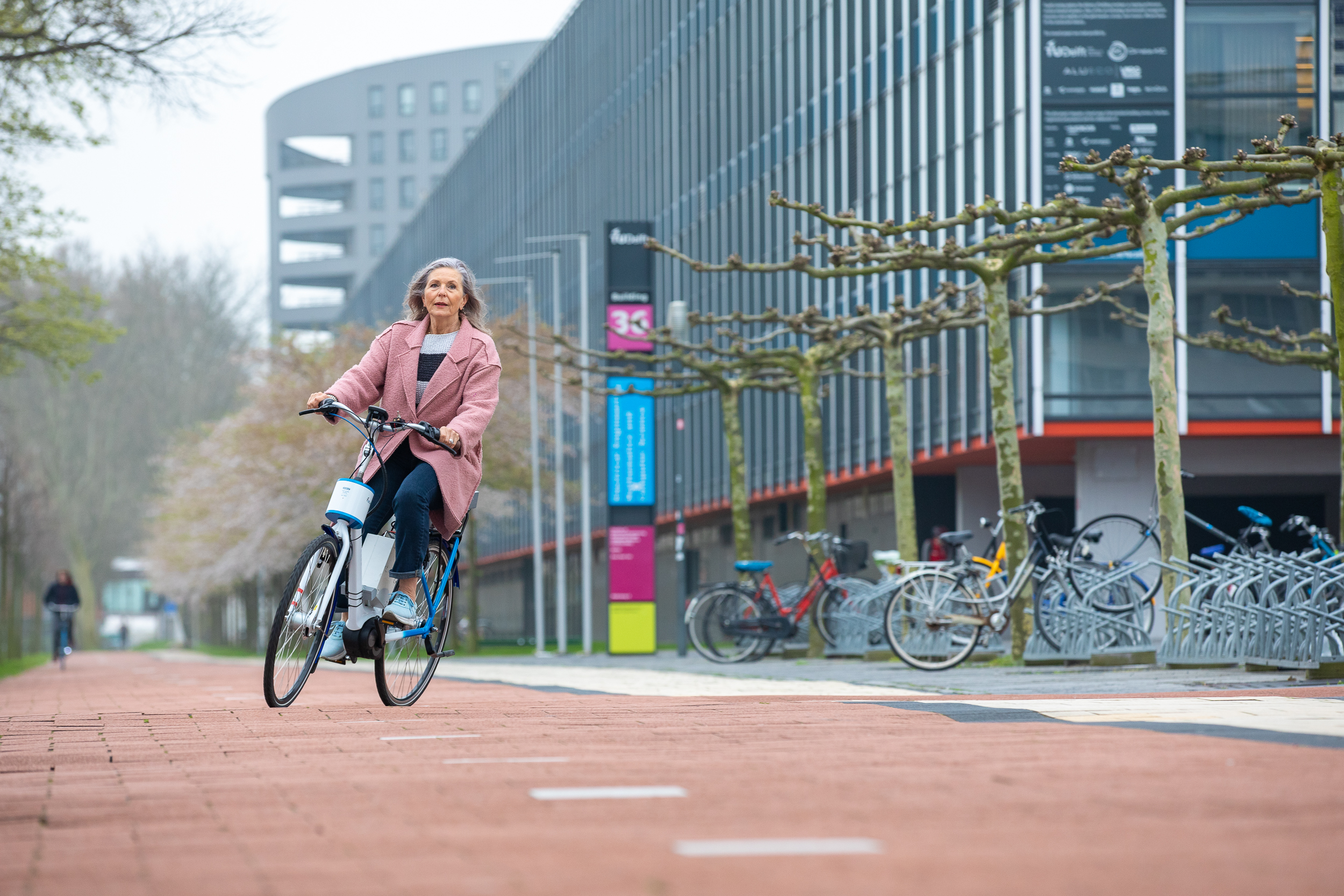 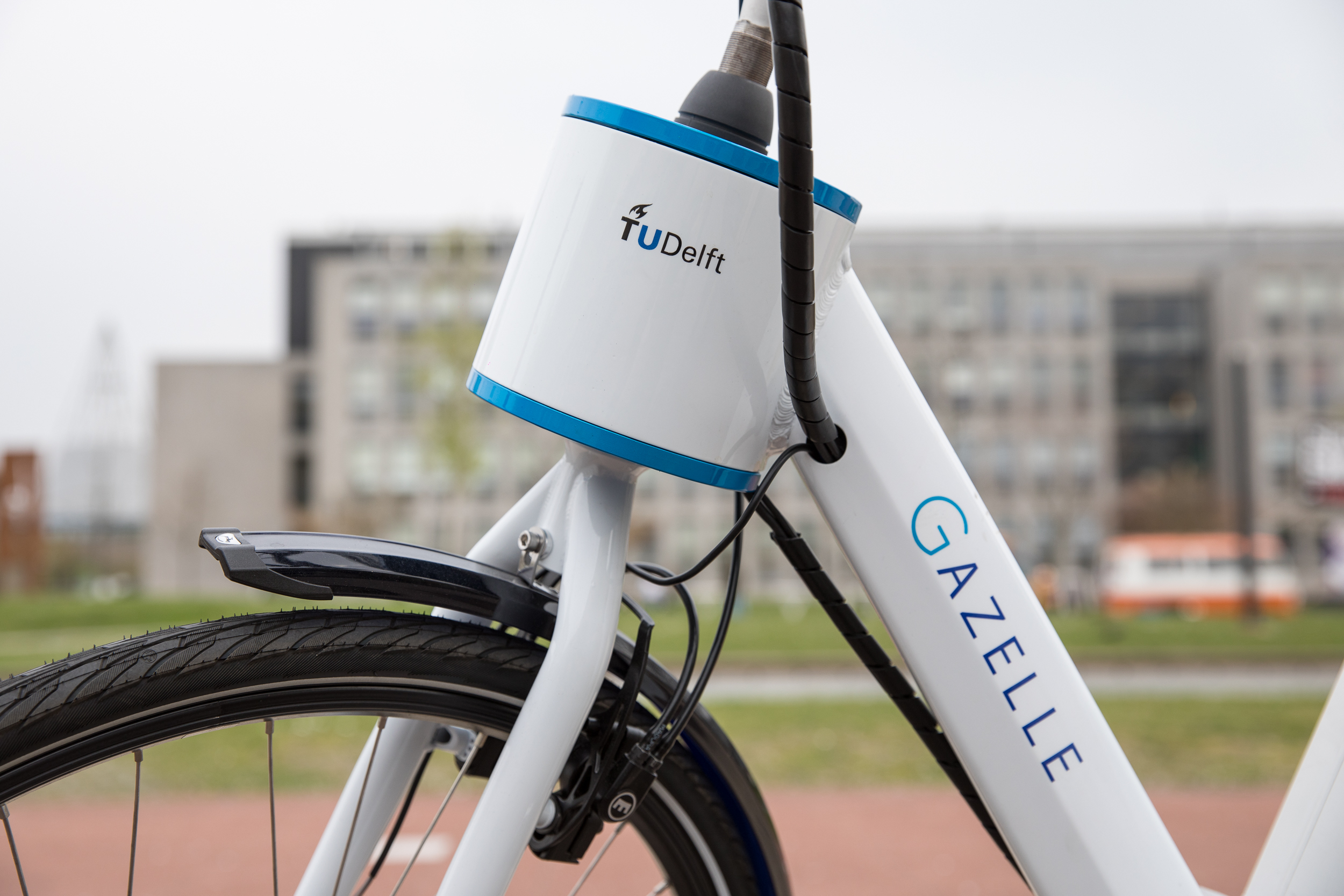 Newswise — TU Delft and the bicycle manufacturer Koninklijke Gazelle have developed a prototype of a bike with smart steering assistance that may help to reduce the number of falls with bicycles. The bike has a smart motor in the handlebars that provides steering assistance if the cyclist is in danger of falling. The system will keep the bicycle stable at speeds above 4 km/h.

The Dutch road safety institute SWOV has established that the number of serious traffic accidents is decreasing every year. However, accidents involving cyclists actually increased by some 30% between 2000 and 2010. Serious bike accidents are often the result of the cyclist losing control of their bicycle, and in many cases the victim is an elderly person. Every year, some 120 cyclists of 55 years and older are killed in an accident, while 4280 cyclists over 55 are involved in a serious accident. The social costs of a serious bicycle accident amount to about €281,000, say SWOV.

TU Delft and Gazelle want to do something about this. The typical Dutch bicycle is renowned for its safety, mainly because of its stable steering and upright sitting position. However, thanks to the advent of the e-bike, which is generally heavier and faster than a regular bike, it is high time to pay some extra attention to bicycle safety.

To make bicycles safer, TU Delft and Gazelle have jointly developed a prototype of an electric bike with steering assistance. The steer-assist system is the first system in the world that can keep a bicycle upright. It does this with a motor installed in the handlebars that adjusts the steering if the bicycle threatens to fall over. ‘This system keeps the bike and its rider stable at speeds above 4 km/h,’ explains TU Delft researcher Dr Arend Schwab.

The prototype combines the fundamental scientific knowledge of TU Delft with the practical expertise of Gazelle. TU Delft has spent the last 15 years studying why bicycles do or do not fall over. A few years ago, Schwab and his colleagues published research on the theory behind bicycle stability in scientific journals such as Science. ‘We developed a mathematical model with some 25 physical parameters that successfully predicted the stability of a bicycle design at various speeds. We also experimentally proved that the insights behind the theory were correct.’

This fundamental knowledge gave them the idea to provide cyclists with active support in the form of a steer-assist system that makes the bicycle more stable. ‘It’s actually technically quite simple,’ says Schwab. ‘You need a sensor that detects when the bike is falling over, a motor that can adjust the steering and a processor to control the motor. The hardest part is finding the right algorithms for the processor, which was where our scientific research into bicycle stability proved enormously important.’

Much research is still needed before the steer-assist system can be made available to consumers. The prototype is currently being used to test users’ experience of the steer-assist system and to find out what kind of assistance works best. The first results have already revealed that some people find it easier to keep their bike upright with the system.
‘We now want to study what kind of assistance is appreciated by the cyclist and when, and of course we will also be testing the safety of the system.’

The follow-up research programme is already fully under way. In 2016, TU Delft and Gazelle won the National Sport Innovator Award for the development of the steer-assist bicycle. ‘This was a very important boost for us,’ says Schwab. ‘We have now also received a grant from NWO’s Perspective programme Citius, Altius, Sanius to spend the next four years improving the system.’

As mentioned above, it may take a few years before the prototype is ready for the market, however smart systems like the steer-assist will certainly become commonplace in the bicycle industry in the coming years, both TU Delft and Gazelle anticipate. Various ways are being sought to enable elderly people to retain independent and active lifestyles and aids that can help them to continue biking safely for longer will have an important role to play.