Snakes evolve a magnetic way to be resistant to venom 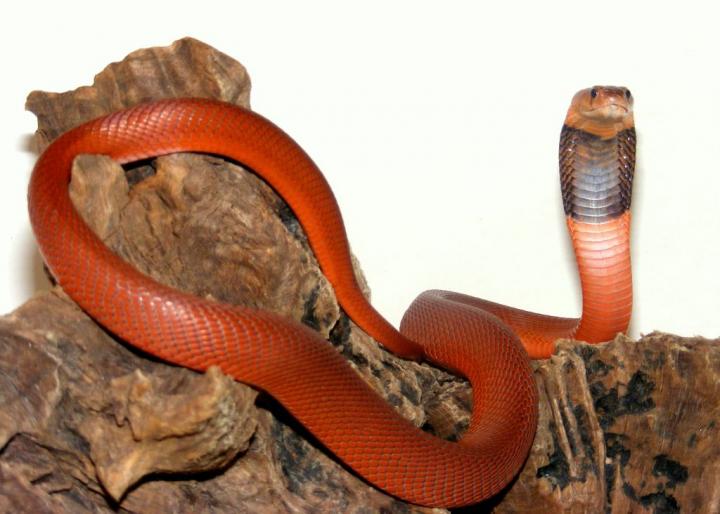 Newswise — Certain snakes have evolved a unique genetic trick to avoid being eaten by venomous snakes, according to University of Queensland research.

Associate Professor Bryan Fry from UQ's Toxin Evolution Lab said the technique worked in a manner similar to the way two sides of a magnet repel each other.

"This has caused neurotoxins to evolve with positively charged surfaces, thereby guiding them to the neurological target to produce paralysis.

"But some snakes have evolved to replace a negatively charged amino acid on their receptor with a positively charged one, meaning the neurotoxin is repelled.

"It's an inventive genetic mutation and it's been completely missed until now.

"We've shown this trait has evolved at least 10 times in different species of snakes."

The researchers found that the Burmese python - a slow-moving terrestrial species vulnerable to predation by cobras - is extremely neurotoxin resistant.

"We've long known that some species - like the mongoose - are resistant to snake venom through a mutation that physically blocks neurotoxins by having a branch-like structure sticking out of the receptor, but this is the first time the magnet-like effect has been observed."

"It has also evolved in venomous snakes to be resistant to their own neurotoxins on at least two occasions."

The discovery was made after the establishment of UQ's new $2 million biomolecular interaction facility, the Australian Biomolecular Interaction Facility (ABIF).

"There's some incredible technology at the ABIF allowing us to screen thousands of samples a day," Dr Fry said.

"That facility means we can do the kinds of tests that would have just been science fiction before, they would have been completely impossible."