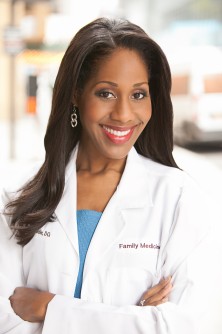 Newswise — The searing, record-setting temperatures in the West and Southwest United States flared a warning that extreme heat could be commonplace across much of the country this summer.

“Any extremes in weather can be inherently dangerous, but the initial heat waves every summer can be particularly perilous to those who are most vulnerable to heat-related illnesses, including children, the elderly and those with chronic medical conditions,” said Dr. Jennifer Caudle, a family physician and an assistant professor at the Rowan University School of Osteopathic Medicine.

Most individuals can adjust to changes in temperature, a process called acclimatization, within five to seven days, but for some the process can take up to two weeks, Dr. Caudle explained.

“When the weather changes quickly, such as with a sudden heat wave, our bodies race to help maintain a normal body temperature by adjusting blood flow and sweating,” she said. “The bodies of infants and the elderly aren’t able to make those changes as easily as healthy adults, leaving them at higher risk for serious illness and even death.”

A study by the U.S. Centers for Disease Control and Prevention (CDC) found that hot weather causes, on average, 658 deaths in the United States each year. Interestingly, the results of the study indicated that most of the deaths occurred in the home and the vast majority of times those homes had no air conditioning. Already this year a number of deaths have been attributed to the heat in the West and Southwest United States. “Many older individuals have medical conditions or live in situations that make them more likely to succumb to the heat,” Dr. Caudle noted. “Aside from their bodies’ inability to adjust quickly to changing temperatures, older individuals are less likely to sense and respond to changes in temperature and can have a diminished thirst reflex that keeps them from drinking adequate amounts of liquid. They may also have safety and financial concerns that keep them behind closed windows without fans or air conditioners.” Dr. Caudle also emphasized that it is never o.k. to leave a child alone in a parked car, not even for a minute. Temperatures inside a parked car increase rapidly, as much as 20 degrees in just 10 minutes and can rise nearly 30 degrees within 20 minutes. Tragically, at least 15 children across the country have died already this year from the heat when left in parked cars.

“If you find a child asleep in a parked car, don’t assume that child is merely napping,” she said. “Lethargy and confusion are signs of heat exhaustion or heat stroke, and are urgent medical conditions. Remove the child from the car and call 911 immediately. A high body temperature in a child could lead to permanent brain and organ damage.”

Children• Never leave children unattended in a parked vehicle or near any pool or body of water for any amount of time.• Avoid outdoor activities during the hours (10 a.m. to 3 p.m.) when the sun is hottest.• Wear and re-apply sunscreen frequently. • Children dehydrate faster than adults and should drink plenty of water during hot weather. Elderly• Check on elderly relatives and neighbors twice daily during hot weather.• Make sure older individuals are appropriately dressed in loose, lightweight clothing.• Encourage non-caffeine fluids and make sure they are within easy reach. Avoid overly sugary drinks or alcoholic drinks because these can make dehydration worse. • If safety or finances keep older individuals behind closed doors without air conditioning, offer to take them to an air-conditioned environment like a mall or library.

Heat-related illnesses• Heat cramps are spasms of the large muscles of the abdomen or legs accompanied by excessive perspiration. Move this person to a cool area to rest and to drink plenty of caffeine free, non alcoholic liquids. • Heat exhaustion causes heavy perspiration, dizziness, weakness and nausea. Treat heat exhaustion with rest, drinks of cool water every 10 or 15 minutes and by applying cool, wet cloths directly to the skin. Seek immediate medical help if symptoms don’t improve quickly or if they suddenly worsen. • Heat stroke causes many of the symptoms of heat exhaustion, without the perspiration. In fact, skin is often red and hot. Other symptoms include fainting, staggering or acting in a strange or confused manner. Heat stroke is a life threatening condition. Call 911 or emergency services for immediate help.

About Rowan UniversityRowan University offers bachelor’s through doctoral programs to 16,100 students through its campuses in Glassboro, Camden and Stratford, New Jersey. In the past four years, Rowan created a School of Biomedical Sciences & Health Professions; opened the Camden-based Cooper Medical School of Rowan University; and incorporated the School of Osteopathic Medicine and the Graduate School of Biomedical Sciences, making Rowan only the second university in the nation to grant both M.D. and D.O. medical degrees. Rowan is collaborating with Rutgers-Camden to create degree programs to meet the growing need for medical services in the City of Camden. One of only three state-designated public research institutions in New Jersey, Rowan comprises the University's William G. Rohrer College of Business, the Henry M. Rowan College of Engineering and colleges of Communication & Creative Arts, Education, Humanities & Social Sciences, Performing Arts, and Science & Mathematics and the Division of Global Learning & Partnerships, as well as the medical schools.