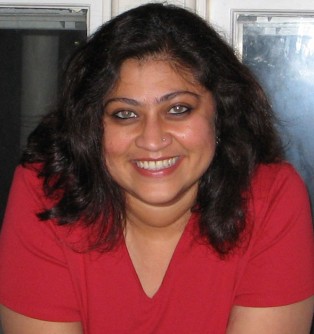 Newswise — AMHERST, Mass. – New studies by social psychologists at the University of Massachusetts Amherst suggest that academic contact with women who have succeeded in science, math and engineering can enhance positive attitudes and boost self-confidence among girls and young women who, in other situations, feel less confident and interested in science majors or careers.

For young female students at the beginning of college who are considering science, technology, engineering and math (STEM) majors and careers, having contact with female scientists and engineers as professors or through websites, for example, plays a critical role in helping them imagine themselves as scientists. For male students, the professor’s gender is less important, but for female students it makes a big difference in STEM classes, says Nilanjana Dasgupta, who conducted the research with graduate students Jane Stout, Matthew Hunsinger and Melissa McManus.

“Increasing the visibility of female scientists, engineers and mathematicians, and providing young women who are beginners in these disciplines the opportunity to have personal contact with them, profoundly benefits their self perception in STEM,” they summarize. The women subjects tried harder on difficult math tests, showed more positive attitudes toward math and engineering, identified with these disciplines more strongly and felt more empowered about their ability to do well in the future after being exposed to female scientists and engineers rather than males. Findings are in the February issue of the Journal of Personality and Social Psychology.

Despite the fact that the gender gap in math and science performance has shrunk substantially and on some indicators has completely disappeared, on average, girls and women feel less positively toward math and science than their male peers and are less interested in pursuing these disciplines as majors and careers. The question is why?

In experiments designed to explore this, Dasgupta and colleagues found that the invisibility of female role models in STEM sends a subtle signal to young women that they do not belong there. Their data show that when young female undergraduates saw only male professors and professionals in math and engineering the women showed less positivity toward STEM subjects, less self-confidence in their ability and less motivation to pursue STEM majors and careers. But their reactions reversed if they saw female professors and professionals. Now their attitudes became more positive, they identified more with STEM subjects and had more confidence in their ability.

The advantage of female role models isn’t obvious from attitudes assessed by direct survey measures, Dasgupta and colleagues point out. Young women 18 to 22 years old, asked how they feel about the sciences and their ability to succeed in STEM classes and careers, say on standard surveys that they feel as positive as their male peers.

“This might lead us to think, falsely, that there’s no problem. But it’s not the whole story,” Dasgupta says. “There’s more going on under the radar.” The benefit of seeing female role models in sciences is most clear when one measures implicit attitudes and identification via rapid, computer-based measures that capture automatic feelings about science-related subjects.

Young women taking a word-pairing test in which they had to rapidly react to terms such as “good” and “joy” versus “bad” and “pain,” and group them with “calculus” and “algorithm” versus “literature” and “poetry,” betrayed implicit negative attitudes not shared by male peers. They were slower to react when asked to group together “math” with “good” than “math” with “bad.” They were also relatively faster to react when asked to group together “literature” with “good” than “literature” with “bad.” Young women also revealed less implicit identification with math than their male peers. Dasgupta says, “Gender differences only show up using these indirect measures.” To address these subtle but real negative feelings, Dasgupta and her UMass Amherst colleagues proposed a “stereotype inoculation model” to test whether seeing female professionals and professors in STEM subjects would enhance young women’s self-concept, attitudes toward science and motivation to pursue STEM careers.

The researchers conducted two laboratory experiments and one longitudinal field study in a real college-level calculus class to explore ways to intervene early to protect young women’s self-concept from negative feelings about STEM subjects. They found that exposing them to expert female role models could inoculate them against negative stereotypes. The longitudinal study also found that the benefits endured over time.

“We’re using the term ‘stereotype inoculation’ as a medical metaphor. Like a vaccine, female role models inoculate or protect girls and women’s interest in STEM professions and make them more resilient to societal stereotypes (the virus),” Dasgupta explains. “What was most exciting to us was that implicit negative feelings toward math expressed by these young women reversed and became strongly positive after they had contact with female role models in math and science. Similarly, implicit dis-identification with math became strong identification after they had contact with female role models.”

“Interestingly, our data suggest that women were often unaware that the gender stereotype virus was affecting their decisions to avoid science, math, or engineering. Yet, despite their lack of awareness, the stereotype had a strong negative effect on women in STEM. However, on the optimistic side, encountering female scientists, mathematicians and engineers erased the negative effects and benefitted these young students.”

This research was funded by a National Science Foundation CAREER award to Dasgupta.