8-Jul-2016 4:05 PM EDT, by University of North Carolina at Charlotte more news from this source 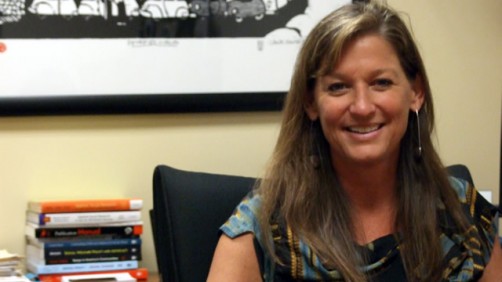 Newswise — Susan A. McCarter, Associate Professor of Social Work, College of Health & Human Services at The University of North Carolina at Charlotte is available for interview, by phone or Skype, regarding adolescent risk and resiliency - specifically race/ethnicity and involvement with human services including juvenile justice, child welfare, education and health; social justice; and forensic social work.

Dr. McCarter is available for interview by phone or Skype and will be in Washington, D.C. during the week of July 11-15 attending meetings with the Congressional Research Institute for Social Work and Policy and the Black Lives Matter movement. McCarter can offer perspective regarding the recent events in Louisiana, Minnesota and Texas.

She readily acknowledges that even the official name for her work tends to make people defensive. “The word ‘disproportionality’ has taken on a bad connotation, but it only means that things are out of whack mathematically,” explained McCarter. “It simply means when a phenomenon doesn’t reflect the population at the time.”

She uses the example of baking chocolate chip cookies to make the concept more palatable. If the baker puts in more of an ingredient than the recipe calls for, the cookies will be out-of-balance. However, when she’s referring to disparate treatment and outcomes as it relates to race and ethnicity, many people find the topic simply too difficult to discuss.

The recent deaths of Freddie Gray in Baltimore, Michael Brown in Ferguson, Tamir Rice in Cleveland and Jonathan Ferrell in Charlotte at the hands of white police officers have made McCarter the go-to person on the issue and put her leadership role with Race Matters for Juvenile Justice (RMJJ) in the spotlight.

RMJJ is a consortium of community and systems experts who use institutional organizing and workplace development to reduce disproportionality and disparate outcomes for children and families of color. Working closely with the group since its infancy, she leads workshops, speaks at conferences and uses her research to make the case for its necessity. McCarter also advises the Children’s Alliance, Council for Children’s Rights and Teen Health Connection.

Through trial and error, McCarter has learned the right and wrong way to reel in and keep an audience with her. “You don’t walk in the door and ask questions about race,” she said. “You give them the findings and the numbers because people can talk about numbers without being defensive. When you ask ‘does this jibe with your experience?’, they will speak at length about their experiences.”

McCarter’s academic work expanded from social work to social justice almost by happenstance. She was pursuing her doctorate at Virginia Commonwealth University in Richmond while working as a social worker and probation officer.

Using data from the state of Virginia, McCarter set out to determine how different groups move within the justice system. For example, who is stopped by police? Is that person detained? Once in the criminal justice system, was he/she given incarceration or diversion?

McCarter looked at the role two legal variables (crime severity and prior records) and five extralegal variables (socioeconomic status, education, where one lives, race and family structure) played in determining who would be incarcerated. Race and education (whether the offender had repeated a grade) were the top two extralegal predictors, respectively.

In the nearly 20 years since McCarter conducted the Virginia study, many others have replicated her findings and, she notes, little if anything has changed.

To make change, McCarter believes that individuals must begin by dispelling the many misconceptions surrounding race itself. “When I lecture on this topic, I continue to be struck by how many people suggest there’s a DNA connection to race or that you can test someone and identify them racially,” she said.

While she notes that race is not scientific, but simply a social construct that changes over time and throughout history, she insists that measuring its impact is critical. “As long as people’s outcomes vary based on this construct, then we need to continue to disaggregate data based on race and ethnicity.”

RMJJ uses the two-day “Dismantling Racism” workshop as the starting point to help people understand the history of racism, how racial inequities affect communities and ways to begin eliminating disproportionality and disparities in society.

The entire story “Dismantling Racism” is in the latest edition of the UNC Charlotte magazine.