For recognition of outstanding contributions to interventional neurology 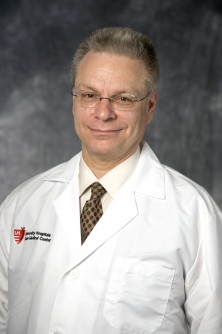 Anthony Furlan, MD, the Gilbert W. Humphrey Professor and Chairman of the Department of Neurology at University Hospitals Cleveland Medical Center and Case Western Reserve University School of Medicine, and Co-Director of the UH Neurological Institute, is the 2017 recipient of the Neurologist Pioneering Award from the Society of Vascular and Interventional Neurology.

Newswise — CLEVELAND -- Anthony Furlan, MD, the Gilbert W. Humphrey Professor and Chairman of the Department of Neurology at University Hospitals Cleveland Medical Center and Case Western Reserve University School of Medicine, and Co-Director of the UH Neurological Institute, is the 2017 recipient of the Neurologist Pioneering Award from the Society of Vascular and Interventional Neurology (SVIN).

The SVIN Neurologist Pioneering Award is given in recognition of outstanding contributions to the field of interventional neurology.

Dr. Furlan has organized and led several multicenter clinical trials for the treatment of stroke and has been instrumental in developing national guidelines for stroke management.

He was the Principal Investigator for PROACT II (Prolyse in Acute Cerebral Thromboembolism Trial II) which established the proof of principle of intra-arterial thrombolysis beyond three hours. He was the North American Principal Investigator for the DIAS/DEDAS trials (Desmoteplase in Acute Ischemic Stroke) and the PI for the 90-center CLOSURE trial (Patent Foramen Ovale in Stroke).

More recently, he was on the Steering Committee of the landmark DAWN study published this month in the New England Journal of Medicine and presented at the SVIN meeting.  The study expanded the treatment window for using thrombectomy to treat strokes in select patients from the current practice of less than six hours to up to 24 hours.

Dr. Furlan co-authored AHA Guidelines for the Management of Acute Ischemic Stroke and the AHA supplement for Thrombolytic Therapy in Acute Stroke.  He chaired the NIH/NINDS Hospital Care of Acute Stroke Task Force on the Rapid Identification and Treatment of Acute Stroke and was instrumental in establishing treatment time targets for IV tPA. He also served as co-chairman of the National Stroke Association Stroke Center Network and as chairman of the AHA Northeast Ohio Affiliate Operation Stroke.

He also oversaw the writing of the Accreditation Council for Graduate Medical Education curriculum for interventional neurology for the American Academy of Neurology.

Founded in 1866, University Hospitals serves the needs of patients through an integrated network of 18 hospitals, more than 40 outpatient health centers and 200 physician offices in 15 counties throughout northern Ohio. The system’s flagship academic medical center, University Hospitals Cleveland Medical Center, located on a 35-acre campus in Cleveland’s University Circle, is affiliated with Case Western Reserve University School of Medicine. The main campus also includes University Hospitals Rainbow Babies & Children's Hospital, ranked among the top children’s hospitals in the nation; University Hospitals MacDonald Women's Hospital, Ohio's only hospital for women; and University Hospitals Seidman Cancer Center, part of the NCI-designated Case Comprehensive Cancer Center. UH is home to some of the most prestigious clinical and research programs in the nation, including cancer, pediatrics, women's health, orthopedics, radiology, neuroscience, cardiology and cardiovascular surgery, digestive health, transplantation and urology. UH Cleveland Medical Center is perennially among the highest performers in national ranking surveys, including “America’s Best Hospitals” from U.S. News & World Report. UH is also home to Harrington Discovery Institute at University Hospitals – part of The Harrington Project for Discovery & Development. UH is one of the largest employers in Northeast Ohio with 27,000 employees. For more information, go to UHhospitals.org.