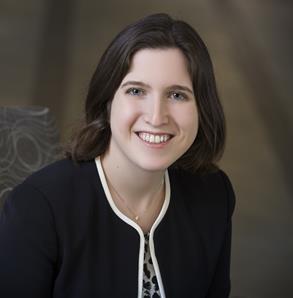 Kimberly Parker, assistant professor in the Department of Energy, Environmental & Chemical Engineering at the McKelvey School of Engineering at Washington University in St. Louis

Newswise — Hydraulic fracturing, also known as “fracking,” relies on water, sand and other chemicals to clear the way for engineers to remove oil or gas from shale — porous rocks below the ground.

Engineers know what they are pumping into the ground, but they haven’t understood why they have found certain highly dangerous compounds in flowback — the mixture of water, salt and other chemicals that flows back to the surface after being pumped through the shale.

Now, research from the lab of Kimberly Parker, assistant professor in the Department of Energy, Environmental & Chemical Engineering at the McKelvey School of Engineering at Washington University in St. Louis, shows that underground presence of halogen radicals is a key to the formation of these halogenated organic compounds, which are dangerous for human health and damaging to the environment.

The research was published Jan. 15, 2021, in the journal Environmental Science & Technology.

“For a long time, we didn’t really know where they were coming from,” Parker said. “We knew that they weren’t being put down into the system on purpose. It seemed clear that they were being generated under the ground.”

In addition to knowing where they were coming from, researchers had a pretty good reason to suspect halogen radicals — molecules with an unpaired electron — were driving the generation of these compounds.

The unpaired radical electrons make them extremely reactive with other chemicals, including organic compounds.

Moshan Chen, a PhD student in Parker’s lab, tackled this problem because he suspected fracking was fertile ground for the formation of halogen radicals.

One reason he suspected halogen radicals played a role, he said, had to do with the “breaker” — an additive that decreases the viscosity of the fracking fluid so that it more easily flows back once the shale has been fractured. It contains persulfate that, in the extreme conditions of fracking, can create sulfate radicals.

It seemed, then, that all of the conditions for the formation of these toxic compounds were present in the fracturing process. Chen considered some earlier research on the topic, then devised an experiment and headed to the lab.

Parker’s lab is already working on the next piece of the puzzle — one that should inform what, if any, actions are worth taking to reduce the creation of these hazardous compounds.

Chen is currently looking at the natural formation of these halogenated organic compounds. “If it turns out that a lot of their production is happening naturally, and there is nothing we can do about it, it may not be a good idea” to alter fracturing procedures for a small return.

“But if this pathway is the dominant one,” Parker said, “changing the chemicals used in fracking may be worth considering.”

This work is supported by the International Center for Energy, Environment and Sustainability at Washington University in St. Louis.