Some food contamination starts in the soil 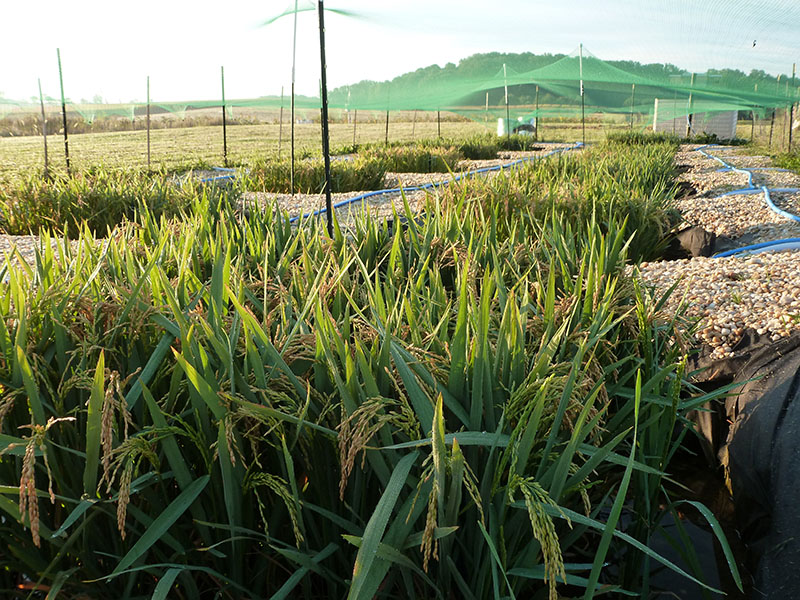 Rice Investigation, Communication and Education (RICE) Facility at the University of Delaware where the Seyfferth Lab conducts rice experiments in outdoor rice paddies. 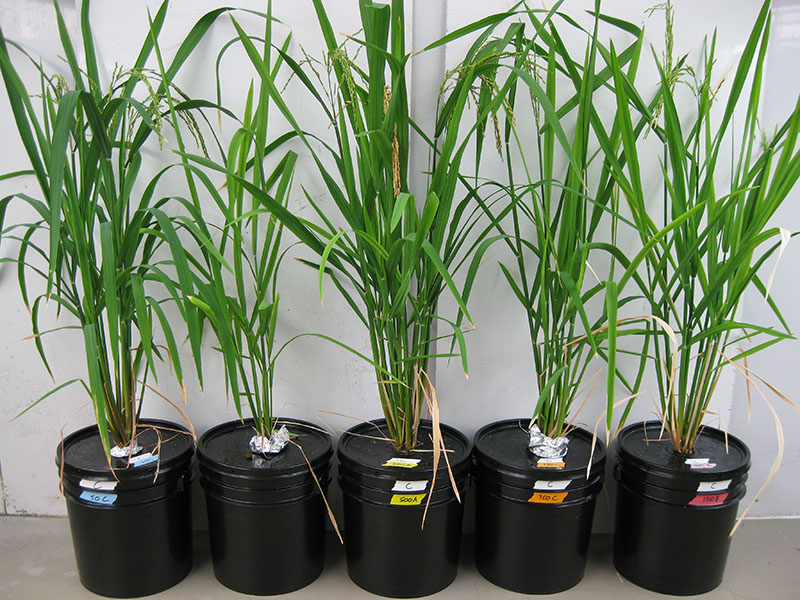 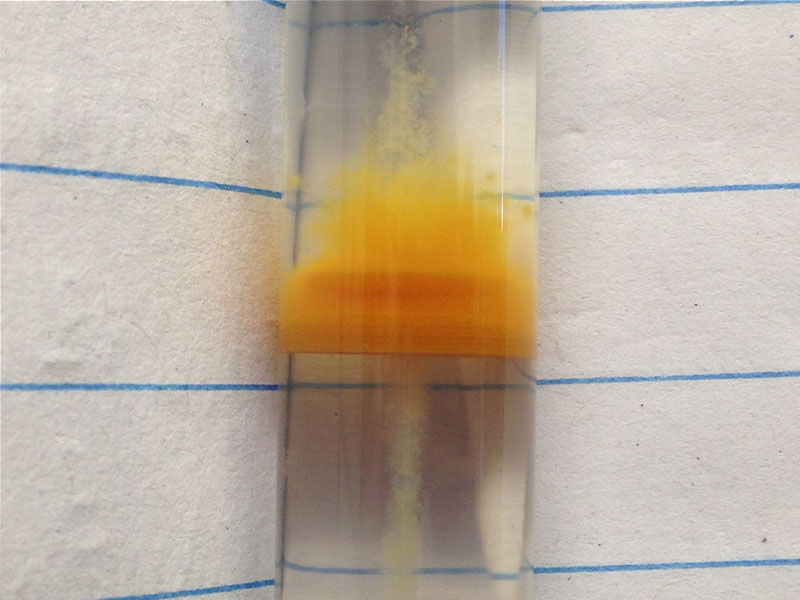 Newswise — February 3, 2021 - When most people hear “food contamination,” they think of bacteria present on unwashed fruits or vegetables, or undercooked meat. However, there are other ways for harmful contaminants to be present in food products.

Angelia Seyfferth, a member of the Soil Science Society of America, investigates food contamination coming from the soil where the plants grow. “It all comes down to the chemistry of the soil,” explains Seyfferth.

Most recently, Seyfferth has been studying rice. The elements arsenic and cadmium can be present in the paddies where rice is grown. She presented her research at the virtual 2020 ASA-CSSA-SSSA Annual Meeting.

“Contaminants being taken up by crop plants is a route of dietary exposure to contaminants that is understudied,” Seyfferth says. “We can help decrease human exposure to toxins by applying our knowledge of soil chemistry.”

Small amounts of arsenic and cadmium are present all over the globe and can be detected in many food products. It’s the concentration in the vegetable or fruit, the chemical form of the element, and how much of it someone eats that determines if an individual experiences a negative health effect.

High concentrations of arsenic and cadmium are harmful to the body. Consuming low doses over a long period of time can even cause cancer.

Elements like arsenic and cadmium can be in different chemical forms depending on their environment. Contaminants are taken up by plants when their chemical form in the soil resembles a nutrient the plant needs.

“How food is grown affects not only the concentration of contaminants, but also where the contaminants are stored within the food,” says Seyfferth. “If we understand the chemical forms of contaminants in soil, we can design solutions to decrease plant uptake of them.”

Seyfferth’s work has searched for a way to prevent plants from taking up arsenic and cadmium from the soil. This is often done by adding materials to the soil, called amendments.

In this case, Seyfferth found that adding rice husk residue to rice paddy soils can help lower the amount of arsenic and cadmium taken up by the plants. Rice husk residue is plant material left over after processing rice for human consumption.

This solution is simple yet effective. Rice husk residue is high in the element silicon, which is an important nutrient for rice. The chemical form of silicon is similar to the form of arsenic taken up by rice plants when fields are flooded. This similarity helps ‘distract’ the plant, which prevents it from taking up as much arsenic.

In soils where cadmium is a problem, rice husk residue helps make the soil less acidic. This helps to lock up cadmium in the soil. The silicon in the husk may also help decrease the toxicity of cadmium.

“Not all sources of silicon behave the same way though,” says Seyfferth. “In order for it to be effective, the silicon source must provide silicon in a high enough concentration during the time the rice plant is filling grain. Rice husk residue is a successful source because it breaks down slowly and releases silicon throughout the growing season.”

High arsenic can decrease grain yield, but Seyfferth’s work shows that adding rice husk residues can help prevent yield loss. Half of the world depends on rice as a staple food, so this research has exciting potential for positive impact.

In the past, Seyfferth has studied similar contamination issues in mushrooms.

For most American adults, the amount of arsenic and cadmium they consume from rice and mushrooms is not enough to cause concern. But there are other populations that eat these products more frequently and from an early age.

“People need to be aware of their daily load of contaminants, which depends on their body weight, the concentration and chemical form of the contaminant in the food, and the amount consumed,” Seyfferth explains.

“The daily load is highest for people who consume rice multiple times a day and who may also have arsenic in their drinking water,” she says. “Some examples include populations in South and Southeast Asia.”

American Society of Agronomy, Soil Science Society of America, Crop Science Society of America: Collectively, these Societies represent more than 12,000 individual members around the world. Members are researchers and professionals in the areas of growing our world’s food supply while protecting our environment. Together we work toward solutions to advance scientific knowledge in the areas of agronomy, crop science, and soil science.