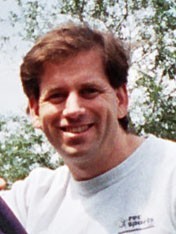 Newswise — To learn its signature melody, the male songbird uses a trial-and-error process to mimic the song of its father, singing the tune over and over again, hundreds of times a day, making subtle changes in the pitch of the notes. For the male Bengalese finch, this rigorous training process begins around the age of 40 days and is completed about day 90, just as he becomes sexually mature and ready to use his song to woo females. To accomplish this feat, the finch’s brain must receive and process large quantities of information about its performance and use that data to precisely control the complex vocal actions that allow it to modify the pitch and pattern of its song. Now, scientists at UCSF have shown that a key brain structure acts as a learning hub, receiving information from other regions of the brain and figuring out how to use that information to improve its song, even when it’s not directly controlling the action. These insights may help scientists figure out new ways to treat neurological disorders that impair movement such as Huntington’s disease and Parkinson’s disease. The research is reported as an advanced online publication on May 20, 2012 by the journal Nature, and will appear at a later date in the journal’s print edition. Years of research conducted in the lab of Michael Brainard, PhD, an associate professor of physiology at UCSF, has shown that adult finches can keep track of slight differences in the individual “syllables,” or notes, they play and hear, and make mental computations that allow them to alter the pitch. For previous experiments, Brainard and his colleagues developed a training process that induced adult finches to calibrate their song. They created a computer program that could recognize the pitch of every syllable the bird sang. The computer also delivered a sound the birds didn’t like—a kind of white noise—at the very moment they uttered a specific note. Within a few hours, the finches learned to alter the pitch of that syllable to avoid hearing the unpleasant sound. In the new research, the UCSF neuroscientists used their technology to investigate how the learning process is controlled by the brain. A prevailing theory suggests that new learning is controlled by a “smart” brain structure called the basal ganglia, a cluster of interconnected brain regions involved in motor control and learning. “It’s the first place where the brain is putting two and two together,” said Jonathan Charlesworth, a recent graduate of UCSF’s neuroscience PhD program and the first author of the new paper. “If you remove the basal ganglia in a bird that hasn’t yet learned to sing, it will never learn to do so.” Once a basic, frequently repeated skill such as typing, singing the same song or shooting a basketball from the free-throw line is learned, the theory suggests, control of that activity is carried out by the motor pathway, the part of the nervous system that transmits signals from the brain to muscles. But for the basic routine to change—for a player to shoot from another spot on the basketball court or a bird to sing at a different pitch—the basal ganglia must again get involved, providing feedback that allows learning based on trial and error, the theory suggests. What remained unclear is what makes the basal ganglia so “smart” and enables them to support such detailed trial-and-error learning. Was it something to do with their structure? Or were they getting information from elsewhere? The scientists sought to answer this question by blocking the output of a key basal ganglia circuit while training male finches to alter their song using the white-noise blasts. As long as the basal ganglia were kept from sending signals to the motor pathway, the finches didn’t change their tune or show signs of learning. But when Brainard’s team stopped blocking the basal ganglia, something surprising happened: the finches immediately changed the pitch of their song, with no additional practice. “It’s as if a golfer went to the driving range and was terrible, hitting the ball into the trees all day and not getting any better,” said Charlesworth. “Then, at the end of the day, you throw a switch and all of a sudden you’re hitting the fairway like you’re Tiger Woods.” Normally, you’d expect improvement in skill performance like this to take time as the basal ganglia evaluates information, makes changes and gets new feedback, Brainard said. “The surprise here is that the basal ganglia can pay attention, observe what other motor structures are doing and get information even when they aren’t involved in motor control,” Brainard said. “They covertly learned how to improve skill performance and this explains how they did it.” These findings suggest that the basal ganglia’s “smartness” is due in large part to the steady flow of information they receive about the commands of other motor structures. It also portrays the basal ganglia as far more versatile than previously understood, able to learn how to calibrate fine-motor skills by acting as a specialized hub that receives information from various parts of the brain and responds to that information with new directives. The findings also support the notion that problems in the basal ganglia circuit’s ability to receive information and learn from it may help trigger the movement disorders that are symptoms of Huntington’s and Parkinson’s, Brainard said. Timothy Warren, another PhD graduate working in Brainard’s lab, was the paper’s third author. Funding support for the research came from the National Institutes of Health and the National Science Foundation. UCSF is a leading university dedicated to promoting health worldwide through advanced biomedical research, graduate-level education in the life sciences and health professions, and excellence in patient care. ### Follow UCSFUCSF.edu | Facebook.com/ucsf | Twitter.com/ucsf | YouTube.com/ucsf