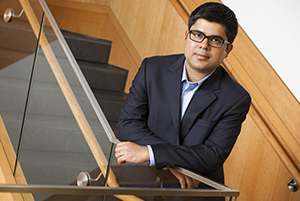 Research from the McKelvey School of Engineering at Washington University in St. Louis has revealed that, despite its whitish appearance, organic carbon particles from cookstoves, like the one pictured, absorb as much — if not more — sunlight in the atmosphere as black carbon.

Newswise — A telltale signature of a cookstove, commonly used to prepare food or provide heat by burning wood, charcoal, animal dung or crop residue, is the thick, sooty smoke that rises from the flames. Its remnants, black stains left on the walls and clothes and in the lungs of the people — usually women — who tend to the stoves, are a striking reminder of the hazards the stoves pose both to human health and to the environment.

But soot is only part of the story when it comes to environmental impact — about half of it, it turns out.

As the temperatures in a cookstove begin to drop, and the black smoke turns greyish-white, soot (or black carbon) emission is replaced by organic carbon.

Research from the McKelvey School of Engineering at Washington University in St. Louis has revealed that, despite its whitish appearance, organic carbon particles absorb as much — if not more — sunlight in the atmosphere as black carbon. And its health effects may be worse for the nearly 2.7 billion households worldwide that use them.

The research was published in the April 14, 2020, issue of Environmental Science & Technology Letters.

To better understand the effects cookstoves are having on the environment and human health, Rajan Chakrabarty, assistant professor of energy, environmental and chemical engineering, took his research to a pollution hotspot: Chhattisgarh, in the heart of rural central India, where cookstoves are one of the biggest emitters of aerosols and greenhouse gases.

“Previous experiments had been carried out in a lab under controlled conditions, which are different from what you’ll find in the field,” Chakrabarty said.

Yet global mitigation and policy strategies have for 15 years been influenced by a 2005 study based on experiments carried out in a lab. That paper recommended controlling black carbon as a way to mitigate climate change in the South Asian region.

To better understand the effects of cookstove emissions in the field, Chakrabarty’s team headed to Chhattisgarh, between New Delhi and Calcutta. For two weeks, they lived with residents in rural homes where people used mud chulhas, or cookstoves, to prepare food. During that time, they ran 30 tests, cooking with different fuels: wood, agricultural residue and cattle dung, all of which were locally sourced.

The success of their field study was greatly facilitated by local researcher and Chakrabarty’s longtime collaborator, Professor Shamsh Pervez and his research group at Pt. Ravishankar Shukla University.

“We found the reality of a cooking cycle is a mix of black and white smoke,” Chakrabarty said. The color black absorbs light, and white reflects it. “We had thought that the organic carbons counteracted the black carbon, to a degree,” he said. “Soot absorbs, organics scatter.”

What they found was something different. The particulates in the white smoke were absorbing light very strongly in the near ultraviolet wavelengths. “When we looked under the hood,” Chakrabarty said, “they were actually brown carbon.” After completing the analysis, the team determined the absorption was equally if not greater than black carbon, making it an equally potent agent of atmospheric warming.

Burning biomass fuel, such as wood or dung, is the dominant source of ambient air pollution particles in the South Asian region, according to Chandra Venkataraman, professor of chemical engineering at the Indian Institute of Technology Bombay. Venkataraman was the first author of that influential 2005 Science paper.

“This work makes a novel and crucial finding, using field measurements of particulate emissions from biomass stoves, that radiation absorption from the organic carbon component could equal that from black carbon,” she said.

Beyond its effects on the climate, organic carbon also poses significant health risks. Many of the particulates are what are known as high molecular weight polycyclic aromatic hydrocarbons — compounds of carbon and hydrogen that are established carcinogens in animals and generally believed to be so in humans.

Chakrabarty’s findings are applicable around the world, as the World Health Organization reports nearly half of the world’s population cooks over an open fire. Cookstoves can be found in homes not only in India, but around the globe, from Senegal to Peru to Albania.

Caption: Research from the McKelvey School of Engineering at Washington University in St. Louis has revealed that, despite its whitish appearance, organic carbon particles from cookstoves, like the one pictured, absorb as much — if not more — sunlight in the atmosphere as black carbon.