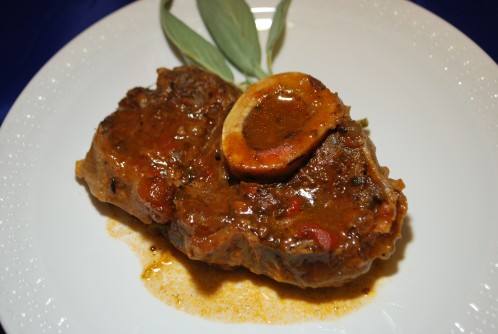 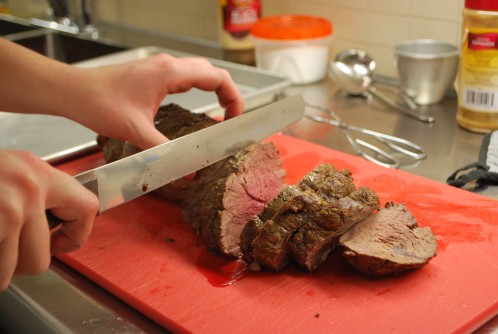 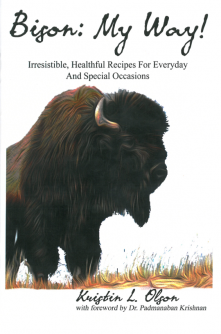 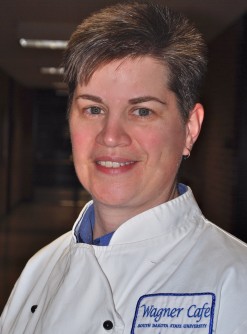 Newswise — At an early age, Kristin Olson revealed a love for cooking.

She remembers sitting on the counter by her grandma Anna Marie, mixing up cookies and punching down bread dough—just the beginning of her culinary calling.

That calling has provided “Bison: My Way!”—a cookbook filled with unique bison recipes.

It contains 25 recipes featuring bison as the main protein in entrees, salads, soups and stews.

Recipes for side dishes and Olson’s famous berry sauces are also included. The cookbook provides easy-to-reproduce meals for cooks with skills ranging from beginner to expert.

“Open the pages of the cookbook and discover Kristin's creativity with nutritional know-how as she shows how to enhance the value of the true American food,” said Padmanaban Krishnan, professor for the department of health and nutritional sciences, and project mentor for the cookbook.

Olson had a couple goals when putting her cookbook together: incorporate healthy vegetables and spices within the bison recipes, and make the recipes kid- and family-friendly.

“It’s so important to teach cooking in the family,” said Olson.

“If parents teach the basic cooking skills when children are young, there’s more room for creativity in the kitchen in the future.”

Olson said bison intimidates many home cooks only because they are unfamiliar with it as a recipe ingredient. She prefers cooking with bison because it is leaner than beef, but still has all the flavor.

Both Olson and Krishnan agreed that the most critical tip for beginner bison cooks is preparing the meat with patience and care.

Her cookbook stands apart from a handful of other bison cookbooks on the market in that it lists the nutrition information for every dish—calories, fat, saturated fat, cholesterol, sodium, carbohydrates, fiber and protein. Each page features a brief personal connection to the dish, or suggests tasty pairings.

All of the recipes in Olson’s cookbook went through a taste test, where students and faculty judged the appearance, flavor, texture, aroma and overall acceptability.

“Osso Bucco” requires the most patience to cook, while bison burgers and tacos are the simplest, according to Olson.

“I cook it on higher heat for a shorter amount of time,” said Olson. “I use an internal thermometer and bake it to 138 degrees Fahrenheit. Oftentimes people overcook the tenderloin because of how lean it is.”

She recommends accompanying the tenderloin with her blueberry barbecue sauce for added flavor and nutrition. “You will be eager to prepare the unique sauces and accompaniments Kristin created for synergy of taste and flavor,” said Krishnan.

Olson buys bison at the local grocery store, but said finding it in most small-town grocery stores isn’t common. “I know Hy-Vee keeps ground bison and patties on hand in the freezer section, but I pre-order certain cuts, like the tenderloin,” Olson said. “It usually takes about a week to get in the special order.”

Bison costs more than beef, averaging around $7 to $8 a pound for 93 percent meat, 7 percent fat.

Olson said, for her, it’s worth the extra money.

Making a profit is not a priority with “Bison: My Way!”

“This cookbook will hopefully sell itself,” said Krishnan. “We want people to gain interest in cooking with bison because of its health benefits.”

Olson grew up in Rapid City, and after graduating high school she sharpened her cooking skills while serving in the U.S. Army as a food service specialist. After military service, Olson graduated from the Texas Culinary Academy in Austin, Texas, and went on to work as a personal chef.

Her desire to learn more about food nutrition led her to South Dakota State University, where she is pursing a Bachelor of Science degree in dietetics. She expects to graduate in May.

Olson said furthering her education has been worthwhile, and she plans to continue her education after earning her undergrad degree.

She applied to graduate school at SDSU and will work with dietetics professor Kendra Kattelmann as part of a dietetics internship.

After grad school, Olson hopes to combine her culinary and dietetics knowledge and work as a registered dietician. She wants to help others find the confidence to cook healthy meals for themselves and their families.

So far, no plans are in the works for another cookbook, but Olson said it’s not entirely out of the equation. “I may try to continue on with a larger cookbook or in some way incorporate the recipe and research into a larger project as a graduate student,” said Olson. 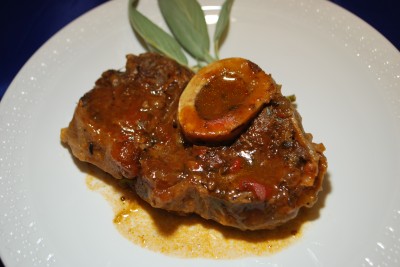 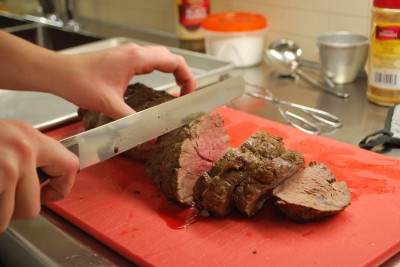 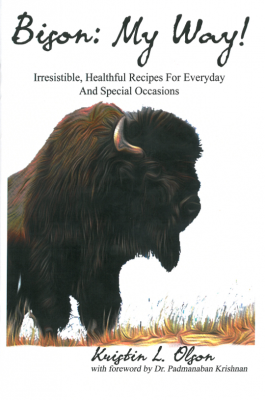 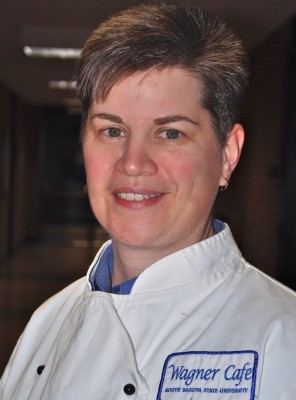