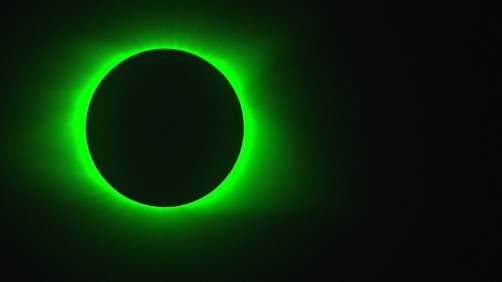 A visible-light image of the Sun captured during the total eclipse by Southern Research's telescopes. 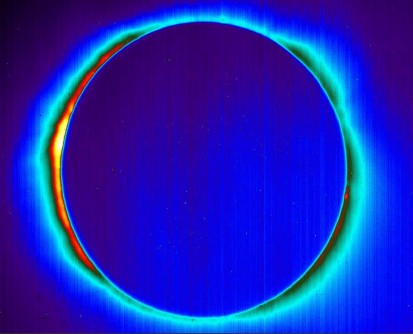 An infrared image of the Sun captured by Southern Research's telescopes during the Aug. 21 total solar eclipse. 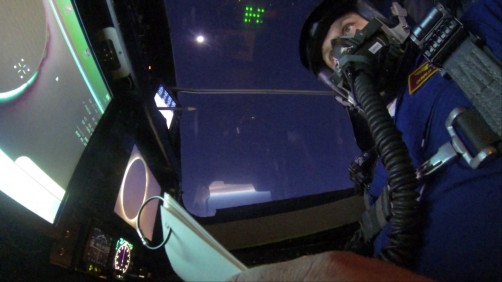 The imagery was captured by two NASA high-altitude research aircraft as the total solar eclipse unfolded over the United States.

The goal of the eclipse mission, led by NASA and supported by Southern Research, was to gather visible-light and infrared images of the solar corona and collect extensive data on the temperature of Mercury’s surface.

The Southern Research-developed stabilized telescopes with sensitive, high-speed, visible-light and infrared cameras flew aboard the NASA WB-57F research aircraft to observe the targets from 50,000 feet, providing a significant advantage over ground-based observations.

Birmingham, Alabama-based Southern Research built the Airborne Imaging and Recording Systems (AIRS) onboard and worked with the scientific team to retrofit its DyNAMITE telescopes with solar filters and improved data recorders and operating software.

Charlie Mallini, NASA’s WB-57 program manager, said he was delighted with the success of the eclipse mission and the performance of Southern Research’s technology on the flight.

“Southern Research has been a proud supporter of the NASA WB-57 since 2003, and during that time we have supported hundreds of flights and data collections, but this was one of the most exciting,” Lewis said.

Southern Research not only provided the instruments to collect the unique imagery but also a key member of the high-altitude crew. Southern Research’s Don Darrow was the Sensor Equipment Operator (SEO) flying in the lead plane, so he was the first to acquire the solar eclipse in totality.

Total solar eclipses are unique opportunities for scientists to study the hot atmosphere above the Sun’s visible surface. The faint light from the corona is usually overpowered by intense emissions from the Sun itself. During a total eclipse, however, the Moon blocks the glare from the bright solar disk and darkens the sky, allowing the weaker coronal emissions to be observed.

“This is the best observed eclipse ever,” said Dan Seaton, Ph.D., co-investigator of the project from the University of Colorado. “With the results from the WB-57s and complementary observations from space and other experiments on the ground we have an opportunity to answer some of the most fundamental questions about the nature of the corona.”

The eclipse also provided an opportunity to study Mercury, which is notoriously difficult to image because of its proximity to the Sun. Using infrared in near darkness through very little atmosphere, the team received data enabling it for the first time to estimate the surface temperatures over the planet’s night side.

“The pilots, instrument operators, and engineers did a phenomenal job getting us exactly the data we asked for,” Caspi said. “Achieving this quality of measurement required an enormous effort and precise timing, and everyone hit their mark exactly. I am honored to be part of such an exceptionally talented and professional team, and grateful for everyone’s dedication and hard work.” 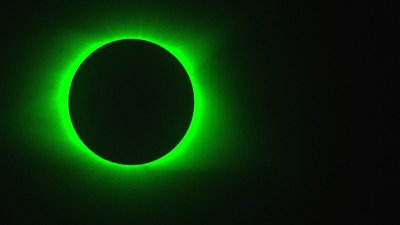 Caption: A visible-light image of the Sun captured during the total eclipse by Southern Research's telescopes. 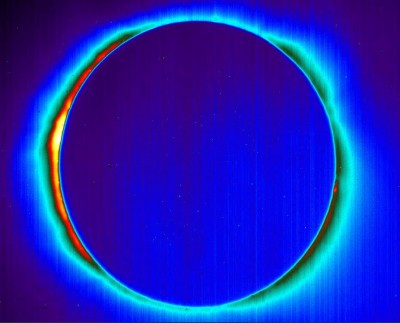 Caption: An infrared image of the Sun captured by Southern Research's telescopes during the Aug. 21 total solar eclipse. 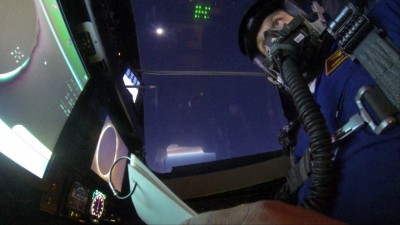 Caption: Southern Research's Don Darrow operated the instrument in one of the NASA high-altitude research aircraft on the eclipse mission