Scientists Issue "Dire Predictions" for Trees in the Southwest 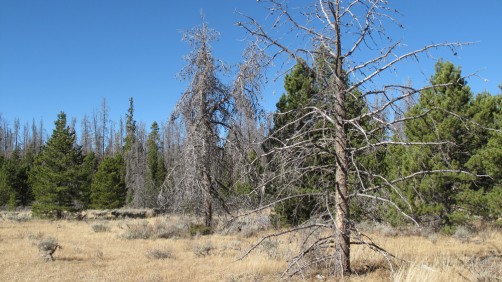 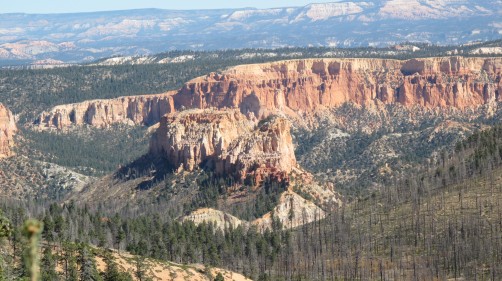 The research team that conducted the study, which includes University of Delaware’s Sara Rauscher, considered both field results and a range of validated regional predictions and global simulation models of varying complexity, in reaching this grim conclusion.

“No matter how we investigated the problem, we got the same result. This consensus gives us confidence in this projection of forest mortality,” Rauscher, assistant professor of geography in UD’s College of Earth, Ocean, and Environment.

The Southwest U.S. is a semi-arid region that includes Arizona and parts of New Mexico, California, Colorado, Utah and Texas, among other states. According to the USDA Forest Association, it is home to 11 national forests spanning more than 20 million acres in Arizona and New Mexico, alone.

Loss of broad-scale forest cover over the Southwest could contribute additional carbon to the atmosphere, creating additional warming. This is because trees and understory vegetation, such as shrubs and bushes, sequester carbon from the atmosphere. Less vegetation means less carbon capture, which can create a negative feedback loop that can accelerate climate change, Rauscher said.

Recent droughts over the Southwest have caused substantial tree death, even among drought-resistant species. The most recent example is in 2002-2003, when Los Alamos scientists and colleagues noticed a high rate of die-off in area drought resistant trees like piñon pine and juniper. This, coupled with similar reports from around the world indicating increasing tree death, prompted the current group of scientists to look at whether this was related to climate change.

“The rise in juniper mortality likelihood has alarming implications for conifers in general because juniper historically experienced far less mortality than other conifers in droughts,” the researchers wrote in the paper.

In field experiments led by the paper’s lead author, McDowell and colleagues studied trees in a piñon-juniper woodland in New Mexico. Over the five-year study, they restricted nearly 50 percent of the rainfall from three one-mile square plots to mimic drought conditions. During the study period, 80 percent of the mature piñon pines in the three plots died, with other trees experiencing associated drought stress effects.

Concurrently, the researchers used a suite of computational models of varying complexity: from empirical statistical models to mechanistic models that use algorithms to describe how plants function, to complex global models, including those that consider dynamic vegetation, to predict how the trees would respond to drought in the future under predicted global warming scenarios.

Averaging all the models together, the study results suggest that 72 percent of the region’s NET forests will die by 2050, with nearly 100 percent mortality of Southwest U.S. forests by 2100.

“We had to figure out how to make a single model behave in a way that would produce a range of future possibilities of how climate and vegetation will respond. To do this, we used sea surface temperature patterns that other models had predicted, since sea surface temperatures play an important role in shaping how precipitation may change in a warming world,” Rauscher said. While each simulation produced different precipitation patterns, the climate model findings were always the same: widespread tree death.

According to Rauscher, the study may be one of the first examples where observational data of tree mortality is combined with results from not just one but many models of differing complexities. The simulations considered the worst ‘business-as-usual’ scenario for greenhouse gas emissions.

“This region of the U.S. has beautiful, old forests with historic trees like Ponderosa Pine that you don’t find in many other places. A treeless Southwest would be a major change not only to the landscape, but to the overall ecosystem,” Rauscher said. “There is always hope that if we reduce carbon emissions, if we continue to address climate change, then perhaps these dire projections won’t come to pass.”

The models didn’t take into account was whether the vegetation will adapt to warmer conditions or reduced precipitation levels to survive. Another possibility is the existence of refugia — areas of relatively unaltered climate — that could help some species survive until future climate changes allowed them to grow again. Increases in the frequency and severity of wildfires, acceleration of insect populations, and failure of seedlings to take root, could also affect the projections, the researchers said.

About the professorSara Rauscher joined UD as an assistant professor of geography in 2013. With a background in climate science and global climate modeling, her research focuses on regional processes that affect climate variability. Specifically, she is interested in how climate change will affect regional climates in the tropical Americas including South America, Central America, Mexico and the American Southwest.

Prior to joining UD, Rauscher was a staff scientist with Los Alamos National Laboratory in New Mexico, where she also conducted postdoctoral research. She previously served as a visiting scientist at The Abdus Salam International Centre for Theoretical Physics in Trieste, Italy, and completed post-doctoral work at Columbia University.

Rauscher is member of the American Geophysical Union and the Association of American Geographers. 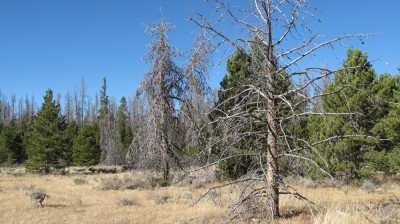 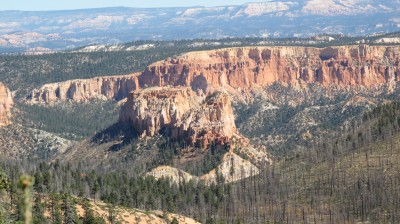