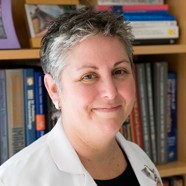 Newswise — BOSTON – In a special report released August 23 in the journal Radiology, a team of researchers including Deborah Levine, MD, Director of Obstetric & Gynecologic ultrasound at Beth Israel Deaconess Medical Center (BIDMC) and professor of radiology at Harvard Medical School (HMS), documented the brain abnormalities associated with congenital Zika in 45 confirmed and presumed cases from northeastern Brazil. Today, more than 50 countries and territories report the active transmission of Zika virus, a mosquito-borne illness linked to microcephaly in babies born to infected mothers. The current Zika outbreak began more than a year ago in Brazil, where there have been more than 8,300 reports of microcephaly.

“It’s important for radiologists and other health care providers to understand the type of abnormalities associated with congenital Zika virus infection to aid in recognition of disease and appropriate counseling of patients,” the authors wrote. “We hope the images of these fetuses and newborns will aid others in the event that this epidemic continues. The team of radiologists, led by first author Patricia Soares de Olivera-Szejnfeld, MD, of the Federal University of Sao Paulo, and senior author Fernanda Tovar-Moll, MD, PhD, vice president of the D’Or Institute for Research and Education and professor at the Federal University of Rio de Janeiro, analyzed pre- and post-natal images of fetuses and newborns in 17 confirmed cases and 28 presumed cases of Zika virus. While the brain abnormalities varied in severity and presentation, the researchers saw patterns that may serve as indicators of congenital Zika infection.

The most common trait across all 45 patients was a reduction in brain tissue volume, visible in every subject. Among the other common traits, the radiologists saw enlarged fluid-filled ventricles in 16 of the 17 babies with confirmed congenital Zika infection and 27 out of 28 of those with presumed infections. Notably, three fetuses with normal head circumference demonstrated severe enlargement of the ventricles, an abnormality linked to developmental delays.

Images also revealed calcium build-up in 100 percent of the patients. Calcification occurred in several regions of the brain, especially at the junction of the gray matter and white matter, a location not typically seen in other congenital infections. The scans also revealed calcification in the thalamus (a sensory processing organ that coordinates body movement), basil ganglia (a crucial group of neurons at the base of the thalamus) and the brainstem (the central trunk of the brain that links it to the spinal cord).

Patients also exhibited abnormal development of the cortex, the wrinkly outer layer of the brain thought to play a role in consciousness. Though there was substantial variation in the type, region and severity of these abnormalities, in general, the folds on the surface of the brain were either smoothed out or too prominent. These findings, called lissencephaly and polymicrogyria, are linked to viral infections during pregnancy and can often be associated with severe developmental delays and seizures.

The Radiology study includes imaging and autopsy data from pregnant women and their babies referred to the Instituto de Pesquisa in Campina Grande State Paraiba (IPESQ) in northeastern Brazil from June 2015 to May 2016. Referrals included pregnant women who presented with a characteristic rash in pregnancy and fetuses with suspected central nervous system abnormalities. Thirty-one babies underwent pre- and post-natal scans. Fourteen were added to the study on suspicion of Zika virus after birth.

Levine joined the team of clinicians after seeing their presentation on the topic at the meeting of the Radiological and Diagnostic Imaging Society of Sao Paulo (jointly hosted by the Radiological Society of North America) in Sao Paulo in April. She, in turn, brought in colleague Richard Robertson, a neuroradiologist at Boston Children’s Hospital and associate professor of radiology at HMS.

“To do a study like this, you need to pull from many areas of expertise,” said Levine. “Our Brazilian colleagues laid significant ground work, and we were able to complement it with our expertise in Boston. We were able to analyze a large number of patients with proven and presumed Zika virus infection during pregnancy, and were able to publish a large number of images to aid the healthcare community in recognizing the pattern of infection that we have seen.”

The authors point out that the CDC estimates the risk of microcephaly after maternal infection with the Zika virus is less than 15 percent. The Radiology study, they emphasize, likely represents the outcomes of more severe Zika infections. They add that northeastern Brazil has seen a high proportion of severe Zika cases, suggesting there may be complicating environmental factors that exacerbate fetal infection in this region.