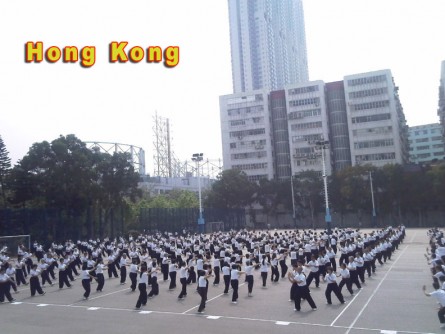 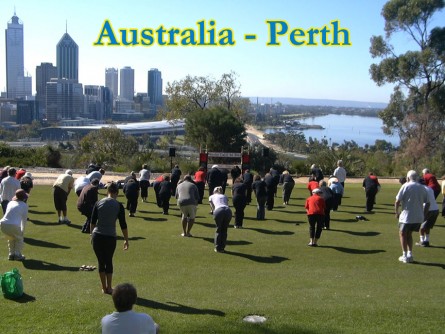 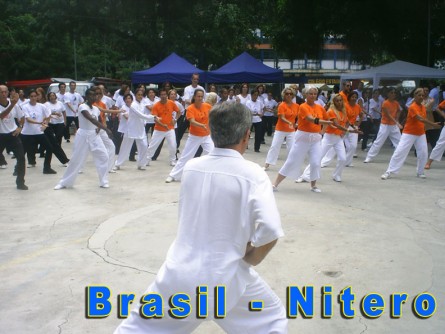 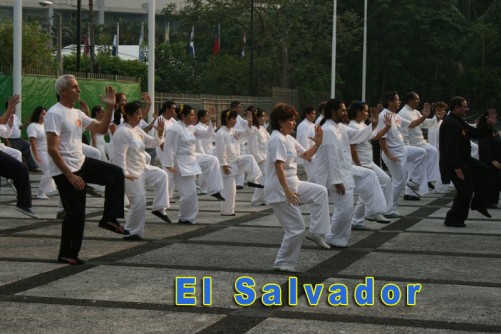 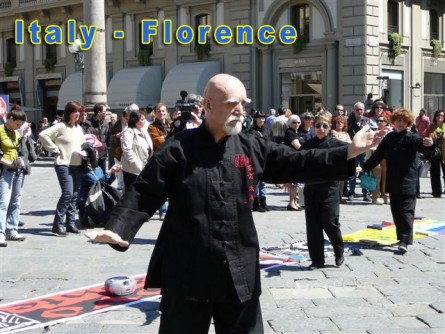 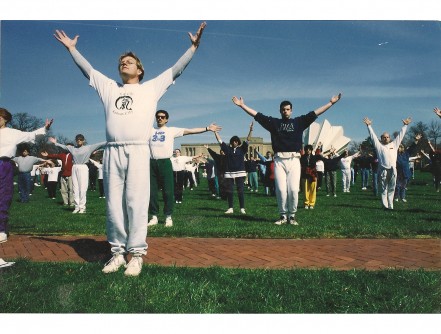 Newswise — On Saturday, April 27th (the last Saturday of April), at 10 am local time worldwide, a spectacularly visual mass global health education event will envelop the entire planet. WHY? Did you realize that a UCLA study found you could boost your immune system (helper t--cell count) by 50% using Tai Chi meditation? Or that a University of South Florida study found Tai Chi could increase brain size? If you didn't know this, you're not alone. This is one of the reasons why on Saturday, April 27th, 2013, mass Tai Chi and Qigong exhibitions will unfold through 100s of cities, including all 50 US states, and in over 70 nations in a wave of healing Qi, and global health education about the benefits of these ancient, yet cutting edge, health sciences known as Tai Chi and Qigong.

Harvard Health Publication wrote that Tai Chi should be called "medication in motion," rather than "meditation in motion" because of all the myriad health benefits Tai Chi is being proven to offer in mounting medical research. Teachers of these arts worldwide have connected and are discovering that the benefits they've seen anecdotally in their local classes: of people reducing or eliminating hypertension or pre-diabetic symptoms, COPD, or chronic pain conditions, or anxiety, depression, or insomnia, etc., are being born out in medical research at major universities. While Tai Chi is beginning to be used increasingly in health institutions, most people remain ignorant of the research that could change their lives and their family's lives because they don't hear about it. So, when they go to the doctor, they don't ask about the mounting proof that Tai Chi or Qigong may be an important part of their health or healing program.

World Tai Chi & Qigong Day 2013 events will be held in hundreds of cites in over 70 nations including the United States, Iran, Israel, Egypt, China, Venezuela, Peru, El Salvador, Russia, Australia, South Africa, and throughout Europe, to inform the public about this mounting research. World Tai Chi & Qigong Day will begin with mass events in the earliest time zones of New Zealand at 10 am, and then spread through events in hundreds of cities in Australia, Asia, Africa, Europe, North and South America, and end with the final events as 10 am arrives in Hawaii.

This global health education event is being officially proclaimed this week by the national government of Brazil in an official ceremony, and three weeks ago was recognized by the President of Croatia, who joined 22 US governors, and the Senates of California, New York, and Puerto Rico who have officially proclaimed World Tai Chi & Qigong Day for their state or nation. The National Health Minister of Bonaire, the Mayor of Kansas City, and officials of many cities, states and nations have also proclaimed this event for their locale.

FOUNDERS OF THIS GLOBAL EVENT:

In 2001, Hong Kong's famed South China Morning Post dedicated a full front page article to a Kansas man, who had started a mass global event to improve health worldwide, by envisioning it in his newly released 1st edition of The Complete Idiot's Guide to T'ai Chi & QiGong published through Macmillan Publishing in New York at the time. At that time this fledgling event was only in a handful of countries, but now in 2013 has expanded to over 70 nations.

The article reported on how a note that the event's founder, Bill Douglas, had found in his mother's belongings moments after she'd died in the hospital had been the spark that ignited a worldwide event. Bill Douglas had been trying to get both his parents suffering from stress/heart disease to try Tai Chi and Qigong meditations. At that time his parents, like the nation, had no validation from their physicians or popular magazines about what Tai Chi and Qigong could do for them, so his parents never tried what he was trying to teach them. The note his mother had written the night before her death, read, "I wish I could go back a few years and learn the arts of relaxation, Jr. had tried to teach me. I so would have loved to see my grandchildren grow up."

Angela Wong, Bill Douglas's wife, had seen her father whither with dementia until he died. The emerging research on Tai Chi indicates that Tai Chi may have possibly helped her father as well. Both Bill and Angela realized up close and personal what a massive effect Tai Chi and Qigong can have in the unfolding of one's life, not just in their own success, but in seeing their own parents suffer and die from health issues that may well have been avoidable.

World Tai Chi & Qigong Day was founded by Bill Douglas, Jr. and Angela Wong Douglas, authors of The Complete Idiot's Guide to T'ai Chi & Qigong (Penguin/Alpha books, 4th edition). Although Angela had done some tai chi with her mother as a young girl in her mother's garden overlooking Hong Kong where she grew up, she never fully embraced the practice until she joined her American born husband, Bill, when he took a Tai Chi and Qigong class in Southern California for the first time.

Since walking into that tai chi class 30 years ago, Bill and Angela have been at the center of a worldwide revolution in healthcare as Tai Chi and Qigong have spread worldwide with their help. They have been inducted into the Internal Arts Hall of Fame in New York, and received awards from the National Qigong Association; the World Congress on Qigong (San Francisco); the Being Tao Association (Brasilia, Brazil); and the Tai Chi Federation (Los Angeles).

The Douglas's were guests of the Brazilian government and interviewed by national and international media in Brasilia, when the government of Brazil made World Tai Chi & Qigong Day part of their national celebrations. Last year, Bill and Angela were flown to Australia to present at their World Tai Chi & Qigong Day event in Perth, Australia, where they were guests at the City Hall for an official dinner.

Excerpt from Prevention Magazine report on increasing brain size:Researchers from the University of South Florida collaborated with Chinese researchers to compare the effects of tai chi—an ancient Chinese practice of slow, deliberate movements intended to help with relaxation and balance—on the brain. They split 120 elderly Shanghai residents into four groups: one group practiced tai chi, one walked, another upped their social interaction, and the last group just went about their normal routines.

The results? After 40 weeks, those who practiced tai chi three times a week had the biggest improvements in brain volume, an important part of cognition since gray matter typically shrinks with age. The social group also saw an improvement, but not as significant as the tai chi group. Researchers suggest that the high level of attention needed for the different tai chi movements could be what sets it apart. Read more: http://www.prevention.com/health/brain-games/health-benefits-tai-chi#ixzz2Pu0faLX9

WORLDTAICHIDAY.ORG'S MEDICAL RESEARCH LIBRARY HAS CHANGED THE WORLD:www.WorldTaiChiDay.org collects links to breaking medical research articles on tai chi and qigong into a centralized database made freely available to the public, tai chi and qigong professionals, and to health professionals worldwide. http://www.worldtaichiday.org/WTCQDHlthBenft.html

A few years ago, an Australia Tai Chi teacher, named Rod Ferguson, used WorldTaiChiDay.org's Medical Research Library to create a proposal to his state's government health offices. It resulted in a government grant to teach Tai Chi to senior citizens in his area, because the falls they would avoid by learning tai chi would mean a profound savings to the national health system. 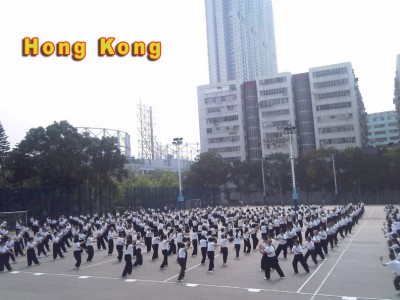 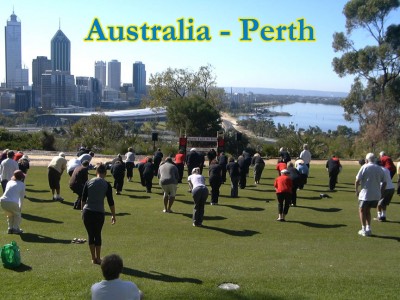 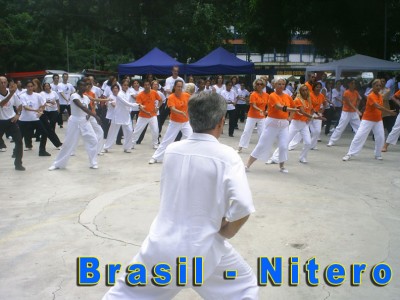 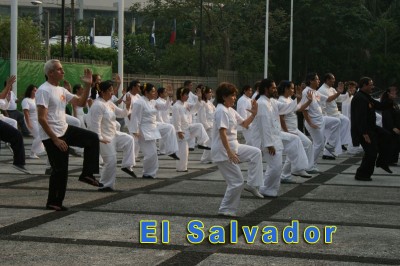 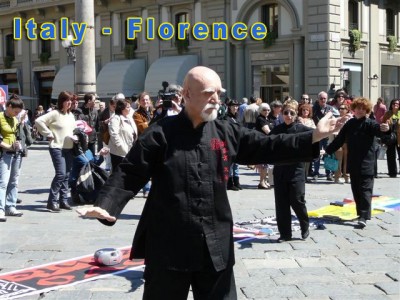 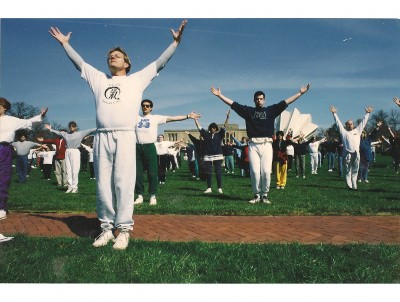