After only a 3 percent chance of success, Adam and Cindy Elkordy now have a 10-month-old baby girl

When Adam and Cindy Elkordy got married, they knew that they likely wouldn’t be able to conceive a child.

In his early 20s, Adam was diagnosed with non-obstructive azoospermia — which occurs when a man’s body does not produce enough sperm to have a detectable amount in his semen.

“Although Adam was initially devastated, he eventually came to accept that having biological children would probably never happen for him,” said Cindy.

But Cindy, who had two children from her previous marriage, said she always hoped and knew that she and Adam would try.

As the couple began researching options for second opinions and male infertility treatments, Cindy came across an article on a procedure called microdissection-testicular sperm extraction (m-TESE). Adam said his urologist had spoken to him about the procedure years ago.

M-TESE is a procedure performed by a urologist who uses a high-powered surgical microscope and small surgical tools to extract sperm-containing tissue from the testes through an incision in the scrotum. After surgery, the tissue sample is taken to a lab and analyzed to determine whether it contains sperm. If sperm are found, they can be used for in vitro fertilization (IVF).

However, at the time, Adam and Cindy’s medical insurance did not cover IVF or m-TESE. But when Cindy was offered a new job, it turned out that her insurance did cover these procedures.

“[My fertility specialist] said if there were any urologist that could find anything, it would be Dr. Shin,” said Cindy.

During the appointment, Dr. Shin was very honest about the couple’s chances of success — which only amounted to about 3 percent.

“Adam wanted to try any and all options possible to be able to live the rest of our beautiful life together knowing he tried everything he could,” said Cindy. “We decided we were all in and wanted to go for it.”

Cindy began taking IVF medication. The day before her procedure to retrieve her eggs, Adam went in for his m-TESE procedure with Dr. Shin.

After Adam’s tissue samples were carefully retrieved and placed in special collection tubes, Cindy had to drive them to the lab.

“I can’t even describe how anxious I was to be driving with this precious cargo,” said Cindy. “I strapped that bag in, sat back, looked at it, spoke to it, and played happy music all the way to the lab.”

Because it would take hours to examine the sample for the presence of sperm, the couple did not expect to receive their results until the next day. However, that same evening, their phone rang.

“I was told they found four mature motile sperm,” said Cindy. “My fertility specialist said we were off to a good start, and he would see us the following morning for my retrieval.”

During Cindy’s procedure, her doctor retrieved five mature eggs and found five viable sperm from Adam’s tissue. Although five eggs were fertilized, only one survived for implantation.

After a successful implantation procedure, Cindy and Adam were officially pregnant. And today, Adam and Cindy have a 10-month-old girl.

Cindy said their family has been extremely blessed, and they are overwhelmed with gratitude.

“Dr. Shin’s honesty, professionalism, and reputation preceded him … and we can’t thank him enough,” said Cindy. “[To my fertility specialist and members of their team], you should all be proud of the rewarding work you do.” 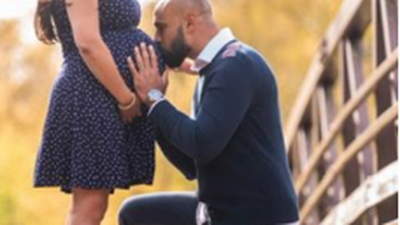 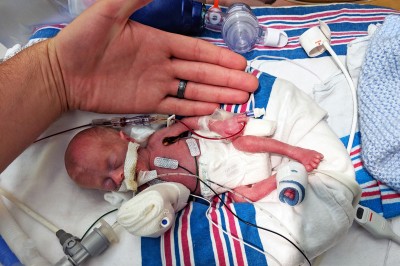