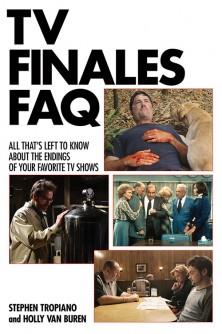 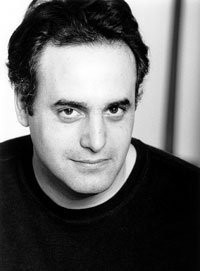 Newswise — They say that first impressions matter most, but when a long-running television series comes to an end, its legacy is often tied to how well — or how poorly — its final episode hits the mark with audiences.

“American Idol” is getting ready to dim the lights for the last time, we will be saying goodbye to “The Good Wife” in a few weeks and “Downton Abbey” has just bid us all cheerio.

A pop culture expert who literally wrote the book on TV endings says “Downton Abbey” went out with neither a whimper nor a bang, but with its typical charm.

“The two-hour finale of ‘Downton Abbey’ is an excellent example of how a television series can reach a satisfying conclusion,” says Stephen Tropiano, coauthor of “TV Finales FAQ: All That’s Left to Know About the Endings of Your Favorite TV Shows.”

“There are no major plot twists and no major surprises. The show’s creator, Julian Fellowes, keeps faithful to the spirit of the series, and I imagine its fans are very satisfied with the show’s final chapter.”

An associate professor of television-radio in the Roy H. Park School of Communications at Ithaca College, Tropiano serves as director of the college’s Los Angeles Program.

His other books include “TV Towns,” “Saturday Night Live FAQ: Everything Left to Know About Television’s Longest Running Comedy,” “The Prime Time Closet: A History of Gays and Lesbians on Television” and “Rebels and Chicks: A History of the Hollywood Teen Movie.”

“Even though a lot of people who never watched a show may tune into the last episode — because they feel it is ‘appointment television’ — the best finales are those in which the writers are loyal to their fans, so what happens at the end is not out of step with everything that happened before,” he says. “The ones that are the most problematic are the ones that try to do too much, that are a bit overstuffed and not faithful to the spirit of the show.”

From the heartfelt WJM-TV newsroom goodbye of “The Mary Tyler Moore Show” to the puzzling conclusion of “Lost” to the tumultuous final hours in the life of Walter White in “Breaking Bad,” Tropiano and his “TV Finales FAQ” coauthor Holly Van Buren take an insightful and entertaining look at the memorable final episodes of television’s most popular prime time, daytime and late night series.

Tropiano says the first appointment television was probably the August 1967 final episode of “The Fugitive,” in which the mystery of the one-armed man and who killed Dr. Richard Kimble’s wife was resolved. When “MASH” aired its series finale on February 28, 1983, over 100 million people tuned in (60 percent of all households in the U.S.), and it still stands as the most-watched non–Super Bowl television broadcast ever.

Gearing up for a three-night farewell in early April, “American Idol” has pulled out all the stops in recent weeks by bringing back former contestants and other music superstars. Though its ratings have been on a steady decline after being television’s top-rated show for an unprecedented eight consecutive years, Tropiano says it could probably have limped along for a while longer.

“It kind of lost its way. They made so many changes with the judges and maybe the format has worn out as well. Everyone’s probably watching ‘The Voice’ now more than they’re watching American Idol.”

While never a ratings juggernaut, “The Good Wife” has been a favorite of critics. We’ll have to wait and see how the writers pull together the show’s many legal, political and romantic threads leading up to the May 8 finale.

“Dramas tend to be a lot more complex because they have more characters and there’s more things that have to be tied up,” Tropiano notes. “If it’s planned ahead of time, they will tend to actually end storylines over the course of the last two or three episodes.”

STEPHEN TROPIANO’S TV FINALE QUICK TAKESSome HitsCheers: “They brought back his original romantic interest, Shelley Long as Diane Chambers, which worked well. But in the end he goes back to his real number one love, which is his bar.”

Six Feet Under: “The entire series dealt with death, and the finale was well written and well-constructed as we saw what happens in the literal end to all of the characters.”

The Tonight Show Starring Johnny Carson: “An underrated ending but very classy, with Johnny just sitting on a stool talking with his audience.”

Some MissesThe Sopranos: “People were quite hostile about it because they wanted to know what was going to happen to Tony Soprano. So they started to read all sorts of interpretations into what was symbolically going on as the screen faded to black, despite creator David Chase repeatedly saying ‘it is what it is.’”

St. Elsewhere: “Suggesting that the entire series was just in the mind of an autistic child came out of nowhere and angered a lot of people, including the actors, who felt it was cheating the audience.”

A Bit of BothSeinfeld: “There would probably be no satisfying ending, mostly because people just didn’t want it to end. It was existential, if anything. ‘Seinfeld’ was always a show about nothing, and the ending just confirmed it.”

To hear more of Stephen Tropiano’s takes on TV finales, contact him at stropiano@ithaca.edu.