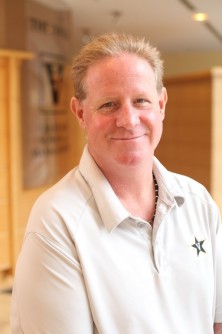 Newswise — NASHVILLE, Tenn. – Are you wondering whether to invest in the Google Glass or another technology breakthrough? If you’re in business and want to be perceived as a leader, new research from Vanderbilt University suggests you might as well go for it.

“Familiarity with and usage of new high-tech products appears to be a common manifestation of innovative behavior,” write Steve Hoeffler of Vanderbilt and Stacy Wood of North Carolina State University. “Those who are tech-savvy are also perceived as authoritative on other subjects and as leaders.”

Hoeffler is associate professor of marketing at Owen Graduate School of Management at Vanderbilt University. Wood is Langdon Distinguished Professor of Marketing at Poole College of Management at North Carolina State College. Together they authored the paper “Looking Innovative: Exploring the Role of Impression Management in High-Tech Product Adoption and Use,” published by The Journal of Product Innovation Management.

For one part of the study, interviews were taped using actors who were categorized by their appearance and other factors.

“We taped them once where they took down a note using an old-fashioned calendar, then did another one where they whipped out an electronic calendar and did it that way,” he said.

When test subjects viewed the interviews, they overwhelmingly viewed the actors using the electronic calendars as being more authoritative.

Another part of the study used resumes which were all similar except for hobbies, which were varied to signal whether the subjects were high tech or not. Again, the high tech candidates came out ahead.

In the trials, women who used technological gadgets benefited more than their male counterparts.

Actually being able to operate the devices really isn’t all that important, provided you know enough to look reasonably competent, Hoeffler said.

“Just possession is 90 percent of the game,” he said. “And there are maybe 10 percent of situations where you have to display ability to use it.”