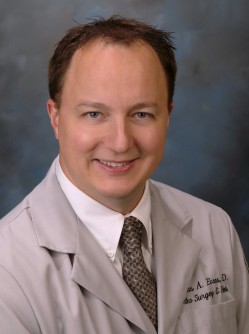 If a player is injured or becomes ill and needs urgent hospital treatment, Dr. Evans will help make transportation and other arrangements with a local medical center to coordinate and expedite the athlete’s care.

Dr. Evans, a resident of Riverside, Illinois, is an orthopaedic surgeon who specializes in treating sports injuries. He has served as team physician for national and international hockey tournaments and is head team physician for the USA National University Men’s Hockey Team.