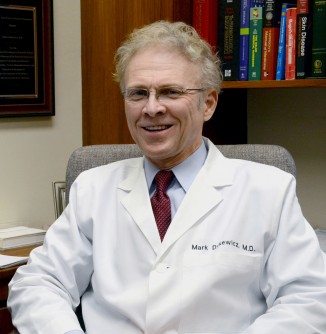 Mark Dykewicz, M.D., is a professor of allergy and immunology at Saint Louis University

Newswise — ST. LOUIS – The polar vortex may be on its way out, but it’s certainly leaving its footprints behind. As spring rolls in, people allergic to multiple trees may have a tough allergy season – a consequence of the cold winter, says Mark Dykewicz, M.D., professor of allergy and immunology at Saint Louis University.

“With cold weather extending so late into the spring this year, the allergy season will likely be more intense. Different trees that usually pollinate at different times spread over a period of several months will need to catch up and pollinate at the same time, overlapping over a shorter period,” said Dykewicz, SLUCare allergist. “This means people who are allergic to multiple trees could experience more severe allergy symptoms.” Typically allergy symptoms from some trees start showing up in February, but this year, many people didn’t experience symptoms until at least a month later than usual. The seesaw temperatures made pollen counts and their associated symptoms vary wildly on different days.

In the last few weeks, Dykewicz has been seeing patients who are experiencing symptoms such as nasal congestion, sneezing, nasal drainage, runny nose, itchy watery red eyes, cough and some with shortness of breath and wheezing.

“We are seeing a large number of patients with these symptoms,” said Dykewicz. “I’d recommend treating allergy symptoms when they start instead of waiting until they get severe.”

Dykewicz offers some tips to treat allergies as soon as symptoms start showing.

New allergy tablets FDA recently approved a new round of grass pollen tablets that will offer an alternative to allergy shots for some.

"As these treatments do not require injections in a doctor's office, they could be a good option for patients bothered by grass pollen allergy," Dykewicz said. "However, injection immunotherapy in contrast can address many different allergies such as trees, grasses, ragweed and house dust mites."

Both approved pollen tablets are taken once a day and rapidly dissolve after placed under the tongue.

“When used properly nasal steroids have few side effects in adults, but need to be used with some care to prevent nose bleeds,” he said. “One nasal steroid spray is now available over the counter. However, I would advise that if patients use this for more than several weeks they see their health care provider for a nasal exam and review of correct use of the spray.”

Time for a shotFor people with severe allergies, oral antihistamines, nasal steroid sprays and other prescription medication options may not control symptoms. In that case, allergy shots can be helpful in reducing symptoms in the long run, and provide a permanent relief for some patients. “This is an effective way to reduce allergies,” Dykewicz said. “With proper selection, 80 to 90 percent of experience significant benefit.”

“When you go outside for a longer period of time, it can be helpful to change your clothes, shower and get the pollen off your clothes and hair,” said Dykewicz.

He also advises to keep the windows closed, which will help keep the pollen out. Is indoors safe?Indoors may not always be safe as some people can be allergic to house dust mites, pets and cockroaches.

“Cockroaches can be a major risk for allergy symptoms and asthma. It is important that people who are sensitive to them have exterminators come in and clear out the area of any possible cockroaches,” he said.

To reduce the growth of house dust mites, Dykewicz recommends reducing humidity in the home to 50 percent by using dehumidifiers. For patients sensitive to house dust mites, he advises using allergen barrier covers on pillows and mattresses, and wash bedding in hot water once a week.