28-Apr-2021 2:00 PM EDT, by University of Illinois at Urbana-Champaign
favorite_border 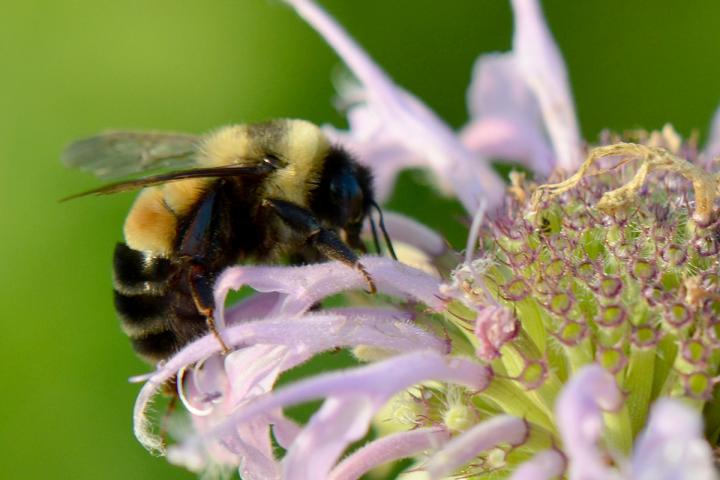 The timing of floral resources complicates life for the rusty patched bumble bee, Bombus affinis, a new study finds. This bee is foraging on the flower of the bee balm, of the genus Monarda. 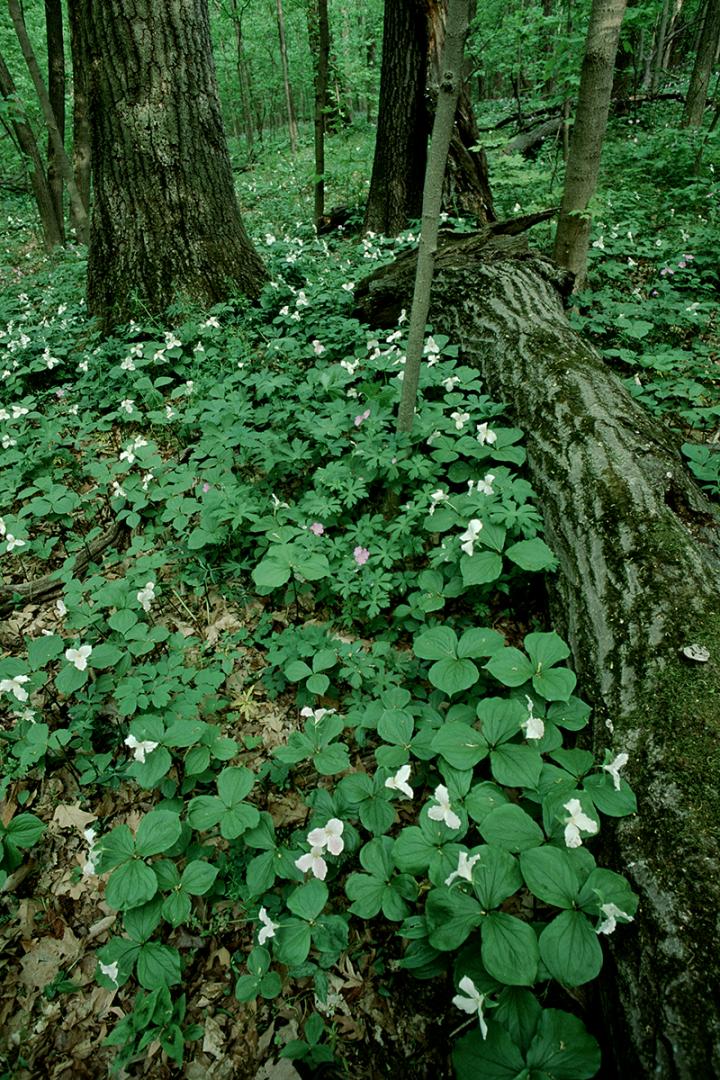 Flowering forest plants like Geranium maculatum are in short supply in spring when queen bumble bees need them most, researchers report. 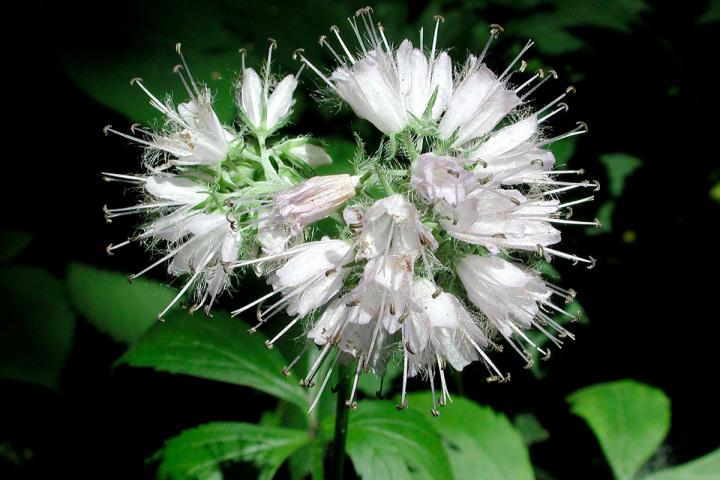 Hydrophyllum virginianum prefers shade and grows on the forest floor. It blooms in spring and early summer.

Newswise — CHAMPAIGN, Ill. -- For more than a decade, ecologists have been warning of a downward trend in bumble bee populations across North America, with habitat destruction a primary culprit in those losses. While efforts to preserve wild bees in the Midwest often focus on restoring native flowers to prairies, a new Illinois-based study finds evidence of a steady decline in the availability of springtime flowers in wooded landscapes.

The scarcity of early season flowers in forests - a primary food source for bumble bees at this time of year - likely endangers the queen bees' ability to start their nesting season and survive until other floral resources become available, researchers say. They report their findings in the Journal of Applied Ecology.

"We went through long-term vegetation data from 262 random sites across Illinois, most of them privately owned," said study co-author David Zaya, a plant ecologist in the Illinois Natural History Survey at the University of Illinois Urbana-Champaign. These data were collected through the Critical Trends Assessment Program, which began in 1997 at the INHS.

"We filtered our data to look at two subsets of plants: those used by bumble bees generally, and those thought to be preferred by the endangered rusty patched bumble bee, Bombus affinis," said study lead John Mol, a research ecologist at the U.S. Geological Survey Fort Collins Science Center. "We then looked at how the abundance and richness of these bumble bee food sources either increased, decreased or stayed the same since 1997."

The team also looked at timing - scouring records on flowering dates to map the availability of floral resources throughout the year for each habitat type: forest, grassland and wetland. They also analyzed satellite data to track trends in forest, grassland, wetland and agricultural acreage since 1997.

The research yielded some good news.

"We found that bumble bee food-plant cover has increased within Illinois grasslands by about 7% since 1997," Mola said. "This is great because it suggests that restoration or management actions by landowners is succeeding."

However, satellite data revealed that total acreage devoted to grassland in the state shrank by about 7.5% over the same time period.

"It may not matter much that the typical grassland is better if there's less of it," Mola said.

While the richness of floral resources in grasslands increased, the researchers saw an opposite trend in forested areas of the state, with food plants for bees in forests declining by 3-4% since 1997.

"The biggest finding of this study was that forest plants that bloom in spring appear to be declining, and the timing of those flowers matches up almost perfectly with when queens are out and foraging," Zaya said. "We can't say for sure, but if declining food is contributing to bumble bee declines, it is most likely related to when the queens are trying to establish nests."

Previous studies have shown that browsing by deer and invasive shrubs reduce the abundance of flowering plants in forests. Climate change also shifts the flowering times for many plants, potentially causing a mismatch between the bees' needs and the availability of food.

"The forest is a really important habitat for bees early in the season that often gets overlooked in pollinator conservation planning," Mola said. "This has me thinking very carefully about the role of forests in bumble bee conservation."

Caption: The timing of floral resources complicates life for the rusty patched bumble bee, Bombus affinis, a new study finds. This bee is foraging on the flower of the bee balm, of the genus Monarda.

Caption: Flowering forest plants like Geranium maculatum are in short supply in spring when queen bumble bees need them most, researchers report.

Caption: Hydrophyllum virginianum prefers shade and grows on the forest floor. It blooms in spring and early summer.