Both timing and temperature data used in the analysis

6-Oct-2016 11:00 AM EDT, by University of Wisconsin-Milwaukee
favorite_border 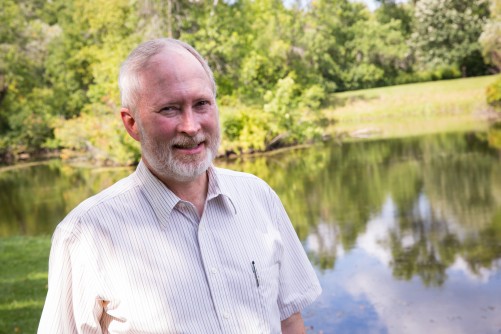 UW-Milwaukee climatologist Mark D. Schwartz created the model used to determine the early arrival of spring at more than 200 national parks across the U.S.

Newswise — Spring is coming earlier in more than 200 U.S. national parks at locations from Alaska to Florida, according to a new study that employed a model created by a UWM climatologist.

The study correlated temperature records with climate change indicators developed by Mark D. Schwartz, UWM distinguished professor of geography. In Schwartz’s model, the start of spring is pegged to the timing of a particular seasonal event – the first leaf of certain plants.

A team of researchers from the National Park Service, the U.S. Geological Survey and three universities, including UWM, found that spring is coming earlier than its historical average in three-quarters of the 276 examined parks.

Results also showed that more than half the parks included in the analysis are experiencing extreme early onsets of spring.

Changes in the timing of seasonal events are ideal indicators of the impact of local and global temperature changes, said Schwartz. “An example would be when plants pump more water into the atmosphere at first-leaf, the temperatures may be quite different than when the plants were dormant.”

The researchers dated the onset of spring in each park, year by year, and then analyzed those trends over the 112-year period in which temperature data were available.

“My model provides the key to knowing when plants are responding to the growing season,” said Schwartz. “Coupling this with temperature data offers a standard way of looking at the park. It tells you what the trends are going to be.” Results of the study were published Oct. 6 in an article in the journal Ecosphere that commemorates the centennial of the National Park Service.

“The bottom line is not just that parks are susceptible to change. In fact, they have already changed,” said Jake Weltzin, an ecologist with USGS and a co-author on the study. “Many park managers are already managing in an extreme environment.”

Spring’s early and sometimes unpredictable onset can lead to costly management issues. Earlier warm weather often gives a head start to invasive plants, can contribute to wildfires and appear to be disrupting natural relationships such as the peak bloom of wildflowers and the arrival of birds, bees and butterflies.

Other institutions contributing to the Ecosphere study were the USA National Phenology Network, Cornell University, the University of Arizona and the Schoodic Institute at Acadia National Park.