Drug resistance is a leading cause of cancer death in children and adults with leukemia. St. Jude Children’s Research Hospital scientists have developed a novel strategy to find the genes responsible. 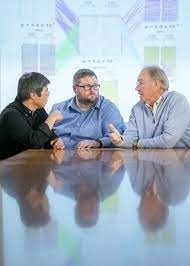 Newswise — St. Jude Children’s Research Hospital scientists have discovered a gene associated with about half of glucocorticoid resistance in children with the most common pediatric cancer. Researchers have also identified a drug that may counter resistance. The research appears today in the journal Nature Cancer.

St. Jude researchers developed a novel strategy to identify genes that cause leukemia cells to be resistant to chemotherapy. The approach extends the momentum generated by whole genome sequencing and shows the power of incorporating other dimensions of the genome.

Investigators used the method to identify a new gene, CELSR2, associated with acute lymphoblastic leukemia (ALL) resistance to glucocorticoids. It is one of 14 newly identified genes implicated in resistance to steroids, drug that are essential for curing ALL. The findings led investigators to the drug venetoclax and evidence that it may reverse resistance.

“Drug resistance is a major cause of treatment failure for children and adults with disseminated cancers like leukemia,” said corresponding author William Evans, Pharm.D., of the St. Jude Department of Pharmaceutical Sciences. Although about 90% of children and adolescents with acute lymphoblastic leukemia (ALL) now become long-term survivors, ALL remains a leading cause of pediatric cancer deaths and is less curable in adults.

For answers, researchers measured six types of genomic and epigenetic features in leukemia cells, then created a computational pipeline to aggregate each genetic feature to individual genes. The goal was to determine which genes were most strongly associated with steroid resistance.

Then researchers used cutting-edge methods like CRISPR gene editing and a sophisticated statistical tool to prioritize genes for further investigation.

The methods included analyzing and validating data from about 500 St. Jude patients newly diagnosed with ALL. Investigators looked for connections between steroid resistance and gene variations, gene expression, gene regulation and other factors.

Co-author Cheng Cheng, Ph.D., of the St. Jude Department of Biostatistics and his colleagues developed a statistical tool to rank the contribution of more than 19,700 genes to steroid resistance. The tool is called truncated aggregation of P-values or TAP.

Working in a human ALL cell line, investigators used CRISPR gene editing to knock out genes across the genome as another way to recognize drug resistance.

Along with identifying novel genes, the strategy identified 78% of the 38 genes known to cause steroid resistance and 100% of the molecular pathways involved.

In a model system in the laboratory and in mice with human ALL expressing low CELSR2, venetoclax mitigated steroid resistance by inhibiting BCL2. Mice with steroid-resistant human ALL lived longer when steroid treatment was combined with venetoclax.

“The findings point to the potential benefit of combining venetoclax with current remission-induction therapy as a strategy to overcome steroid resistance and improve the effectiveness of ALL chemotherapy,” Evans said.