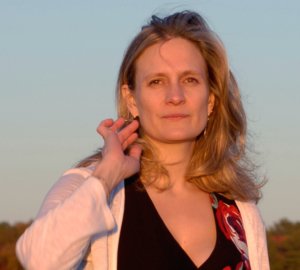 Jennifer Cognard-Black, professor of English and current chair of the English department, has been selected for a Fulbright grant for the spring semester of the 2019-2020 academic year. This award is for a “Senior Professorship in American Culture.” She will be teaching a special topics seminar for master’s degree students at the University of Amsterdam (UvA) in Literary Food Studies, titled “Just Food: American Food Writing and Social Justice,” as well as taking over part of a core course on literary practice and holding a workshop for PhD students that instructs them on ways to integrate teaching with research.  She also intends to conduct a research project in which she will ultimately produce an anthology titled “Recipes for Social Justice: Transatlantic Essays on Ethical Eating.”

Cognard-Black is familiar with the Fulbright grant. She joins SMCM faculty Robin Bates, Bruce Wilson, and Charles Musgrove as one of a select few SMCM professors to receive two Fulbright awards. The first took her to Slovenia in 2012, working with students that she still has ongoing relationships with today. “I am honored to have a chance once again to be an educator-ambassador on behalf of the United States and of our college,” Cognard-Black said. “This Fulbright award is an incredible opportunity to share American literature and pedagogy with students and colleagues in another country, but it’s also an opportunity for me to expand my own thinking on food justice issues and concerns in a global context.” Cognard-Black hopes to build on the work she began in Slovenia, by continuing to foster connections between St. Mary’s College and the global community. Over the course of the 2020 semester, she plans to find meaningful and lasting ways to bring the SMCM and UvA communities together.

“Yet publication will not be the sole means of sharing this work,” she explains. For instance, Cognard-Black plans to host a student panel on Food, Power, and Culture at the yearly conference hosted by PhD students at UvA, an event that draws graduate students from around the globe. She also hopes to give her students at UvA the chance to share their work in a broader sense, and to have them collaborate with students here in the U.S. “For one of the key reasons to analyze food and foodways is to enrich others’ understanding of worldwide food disparities, economies, and cultural identities,” Cognard-Black explains, “and sharing essays on ethical eating practices may help student participants both recognize and resist the barriers between ‘us’ and ‘them,’ thereby promoting culinary empathy across borders.”

St. Mary’s College of Maryland is accredited by the Middle States Commission on Higher Education through 2024-2025. St. Mary’s College, designated the Maryland state honors college in 1992, is ranked one of the best public liberal arts schools in the nation by U.S. News & World Report. Approximately 1,600 students attend the college, nestled on the St. Mary’s River in Southern Maryland.