Newswise — Although pancreatic cancer comprises just 3 percent of cancer cases in the United States, it is the nation’s third deadliest cancer due to its aggressive nature and tendency to spread. A team of University of California San Diego School of Medicine researchers have been awarded a $1 million Stand Up To Cancer (SU2C) grant to test drugs that block signals that play a critical role in driving growth and progression of pancreatic cancer.

“In previous work, we identified a group of pancreatic cancer cells that were particularly aggressive and responsible for driving lethality and therapy resistance,” said Tannishtha Reya, PhD, UC San Diego professor in the departments of Pharmacology and Medicine and lead investigator. “More recently, we have focused on identifying the key signaling networks that are necessary for the survival of these drug-resistant cells. This award is really critical because it allows us to test whether drugs against these pathways can serve as effective new agents to block pancreatic cancer growth.”

As part of the newly launched Pancreatic Cancer Collective, the strategic partnership of Lustgarten Foundation and SU2C, the grant will initially fund work in preclinical models and test whether new drugs can be combined with chemotherapy to improve outcomes. The researchers plan to use genetic information to identify biomarkers to predict which patients will respond to the combination approach. The long-term goal is to lay the groundwork needed to move these discoveries into clinical trials.

“Current treatment options for pancreatic cancer have limited response, and most patients will relapse after therapy,” said Andrew Lowy, MD, chief of the Division of Surgical Oncology at UC San Diego Moores Cancer Center and co-lead investigator. “There is a critical need to identify new therapies that can more effectively block tumor growth and metastasis. Because we will prioritize testing to existing drugs, there is potential to more rapidly develop a new, more effective approach to treating pancreatic cancer.”

The award highlights an important collaborative effort between UC San Diego and UC San Francisco where the project will be co-led by Margaret Tempero, MD. This will allow the team to leverage the collective strengths of both institutions, and means that Lowy and Reya — who were named as members of a SU2C pancreatic cancer “Dream Team” in 2015 — will have access to a larger pool of samples and data for the study.

Pancreatic cancer can develop from two kinds of cells in the pancreas: exocrine cells that produce enzymes to aid digestion and neuroendocrine cells, which make and release hormones that control body functions, such as air flow through the lungs, heart rate and blood sugar levels in blood. The exocrine type is more common and is usually found at an advanced stage. According to the NCI, approximately 29 percent of patients have locally advanced disease and 52 percent have disease that has already spread.

Currently, surgery is the only potentially curative treatment option, but because disease metastasis is frequent, less than 20 percent of patients are suitable candidates and even when surgery is successful, it only provides long-term, disease-free survival in approximately 15 percent of patients.

“Pancreatic cancer outcomes remain the worst of all common cancers,” said Reya. “Using what we have learned about what drives pancreatic cancer growth and drug resistance, we hope to offer new treatment options to people living with this disease.” 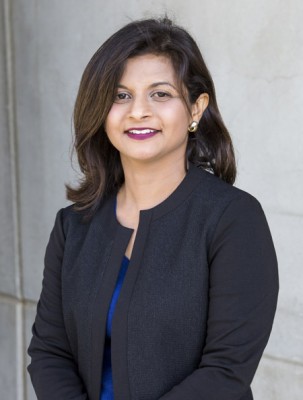 Caption: Tannishtha Reya, PhD, UC San Diego professor in the departments of Pharmacology and Medicine, is the lead investigator of a study being funded by a $1-million Stand Up To Cancer grant to test drugs that block signals that play a critical role in driving the growth and progression of pancreatic cancer. 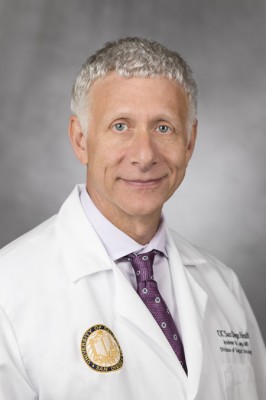 Caption: Andrew Lowy, MD, chief of the Division of Surgical Oncology at UC San Diego Moores Cancer Center, is co-lead investigator who is helping lay the groundwork needed to move these discoveries into clinical trials.