Standing Up for Banking for the Public Good 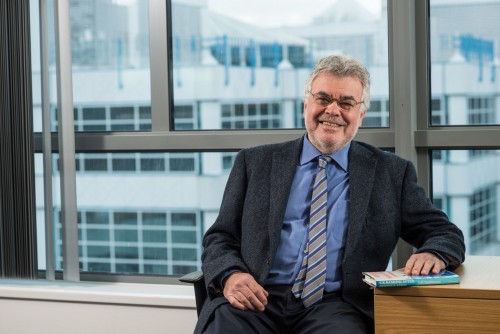 Newswise — The UK banking system has had a lot of press recently, mostly for negative reasons as bankers’ bonuses, foreign exchange rate fixing and a rise in interest rates have grabbed the headlines. The British public are being warned of tough times continuing as the country recovers from recession and pays back its national debt. But will the UK’s financial system ever change? Are big banks really serving the UK public well or is self-interest the real of the UK’s high street banks.

Bournemouth University’s (BU) Professor Andy Mullineux has been looking at the problems with UK banks and what needs to happen to drive change in our financial system that is better for British consumers. Professor Mullineux argues, “Bank shareholders cannot be expected to provide good stewardship to banks because there is a conflict of interests between the bank owners and the bank’s depositors.”

A key turning point identified by Professor Mullineux is the state of the UK banking system following the ‘global financial crisis’ of 2008. He continues: “Once banks become ‘too big (to be allowed) to fail’ (TBTF), they enjoy public (taxpayer) insurance, or a government bailout that enables them to fund themselves more cheaply than smaller banks, which gives them a competitive advantage.

“The TBTF problem has been worsened by mergers to save failing banks during the crisis and as a result competition within a number of national banking systems, notably the UK, has been significantly reduced.”

So with UK banks enjoying a period of government-funded respite and a shrinking pool of competitors, what does the future have in store for the UK’s banking industry? Ultimately, the consumer needs to be protected; nothing will change without intervention but greater protection is needed for the man on the street – not just to safeguard their savings but also to protect how their taxes are used to prevent TBTF banks from further decline.

Professor Mullineux’s research outlines: “Retail banking is essentially a utility and should be regulated as such. This regulation is required to protect depositors where deposit insurance schemes are, at best, partially funded and underwritten by taxpayers, who in turn need to be protected, and to deliver financial stability, a public good.”

But it is not just public protection that would drive change in the banking sector. “To fully escape the moral hazard associated with TBTF banks we need to break up the big banks and eliminate conflicts of interest”.

“My hope is that the new Competition and Markets Authority’s recently announced investigation will propose a substantial restructuring of the banking system and the government will act on it, though I doubt this will happen.”

“Countries with less concentrated and more diverse banking systems, such as Germany and the US, are better served by their banks – and this is what we should be striving for.” The future is not as bleak as some may think either, with a rise in technology (through the internet) providing light at the end of a very long tunnel that has previously been synonymous with shareholder-owned multinational super-banks.

Professor Mullineux concludes: “Some progress is being made in enhancing the role of credit unions and Community Development Finance Institutions (CDFIs) in UK banking and the county of Hampshire is even in the process of establishing a community bank. Internet providers and the new ‘Challenger Banks’ may help add competition, but we need the diversity provided by new mutual banks to fill the role previously played by mutual building societies and help to bring true competition back to our high streets.”

The research was published through open access, and Professor Mullineux believes this is a good thing. “Journals’ control of content and the charges for open access publication needs to be curbed. The review process is useful, but refereeing can bias publication towards accepted paradigms, stifling innovative non-mainstream publication. Open access allows for a freer, non-censored publishing model that allows for greater openness in research.”

Research in this area has continued and Professor Mullineux is now looking at tax and regulation of banks and a reform of bank taxation to provide a fairer and more robust banking sector that will bring a fairer market, with better protected consumers, back to the UK.